It was a large room. There were many shelves of books, a metal helmet for a stallion from the times of the Crusades, and there were the vertebrae of a whale from a bay in Antarctica. In one alcove was the earliest known photograph of a snowflake.

These are the opening lines of British-Pakistani author Nadeem Aslam’s sixth novel — The Golden Legend. “Antarctica is mentioned in the second sentence of the novel because I wished to invoke a continent that is still largely undivided and unclaimed,” says Nadeem who had shifted to England with his family at the age of 14. At a time when world leaders are bellowing out fervours of nationalism, the 50-year-old author says he belongs to both England and Pakistan and he could live anywhere if he loved someone. “One of the most shocking things I have heard in my entire life is Theresa May saying: ‘If you believe you are a citizen of the world, you are a citizen of nowhere.’ Tolstoy said that patriotism is slavery; and at the deepest level of self, I am unable to accept the demarcations bet-ween countries. It’s your country, but it’s my planet. My loyalty is to humans and the planet, and in that sense, I feel, I am able to question the conduct of the powerful anywhere in the world,” Nadeem shares.

But as a young kid, before his family had to flee Muhammad Zia-ul-Haq’s regime in Pakistan, Nadeem had already turned into a voracious reader. It was much before he came to UK that he had read all of Dickens’ classics. “I read everything back then. I was lucky to be in a town with a good public library — so I would come home with everything by a particular author in a shoulder bag. I had read all 14 and a half of Dickens’ novels that way. I had also read Faulkner, Narayan, Naipaul, Morrison and Akhmatova much before shifting to England,” he recollects. Nadeem is also a recipient of the prestigious Windham-Campbell Literature Prize for fiction in 2014, for his ‘deftly crafted novels that explore historical and political trauma with lyricism and profound compassion’. 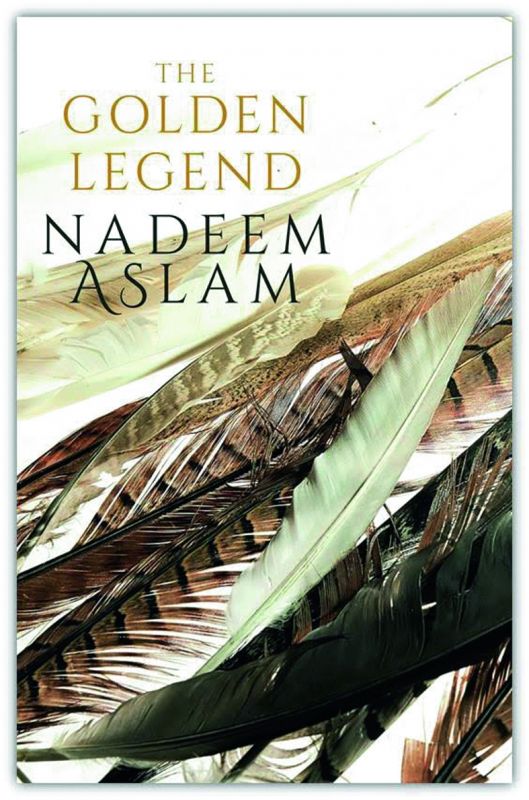 Speaking of his latest book, Nadeem says, “In January 2011, when I was working on my previous novel, The Blind Man’s Garden, the governor of the Punjab province in Pakistan, Salmaan Taseer, was murdered by his bodyguard. The governor had objected to Pakistan’s blasphemy law — a law that is widely being misused. You can go to a police station and say I heard my neighbour say something rude about God or Muhammad, and the police arrest the neighbour and you can move into his house. Innocent people are dead or in jail because of that law. Entire Christian neighbourhoods have been reduced to ashes by mobs accusing Christians of blasphemy. Just last year a Christian couple was thrown into the furnace of a brick kiln by a mob, for blasphemy. People think they have the support of the state; they feel emboldened. The governor was killed on January 4, 2011, and that very afternoon I decided that as soon as I finish writing The Blind Man’s Garden, I would write a novel about Pakistan’s blasphemy law. I began to make notes about The Golden Legend that very day.”

But the initial impulse deepened and what started out as a book on the treatment of the Christian minority in Pakistan, soon became a novel about the relationship between power and powerlessness. “What does it mean if you are powerless? A sentence in the novel reads: Even a deformed rose had perfume. Who is powerful and who is powerless in relationships between men and women, between East and West, between adults and children, between a state and its citizens, between the majority population of a country and the minorities?” he questions. An unapologetic night owl, who sleeps during the day, wakes up at 11 pm and is at his writing desk by midnight, Nadeem hasn’t left his roots to rot. His memories and ability to read Urdu are two of his most treasured possessions, he shares.

“The language I use has the 26 letters of the English alphabet, but they seem aware of the presence of the 38 letters of the Urdu’s alphabet too,” he remarks. The book, he says, is also an exploration of interconnectivity. “Everywhere is part of everything now. The world seems obsessed with divisions at this historical moment,” he says, adding, “Donald Trump wishing to build a wall reminds me of a beautiful painting Frida Kahlo made in the 1930s, standing in a pink dress on the border between Mexico and the USA. I look at that painting, and think: If they wish to build a wall, we can’t stop them; but we’ll be the Frida Kahlo standing on that wall, defiant, in the most beautiful clothes we can find. ‘Their summer lasts a solid year,’ Emily Dickinson said of poets. That’s what art is, that’s what I want my novels to be.”