Remembering the IAF in a distant war

No 1 Squadron of the IAF at the crucial battle of Imphal in 1944. Their CO, Squadron Leader Arjan Singh, later the iconic five-star Marshal of the IAF, is at the wheel of the jeep;

World War II is one of the best-documented conflicts in world history. But given that close to three million Indians served in uniform during the War, the Indian contribution in it is still not widely recognised. When recognised at all, focus tends to be on Indian foot-soldiers at land battles even though there was small but crucial presence in the air also. 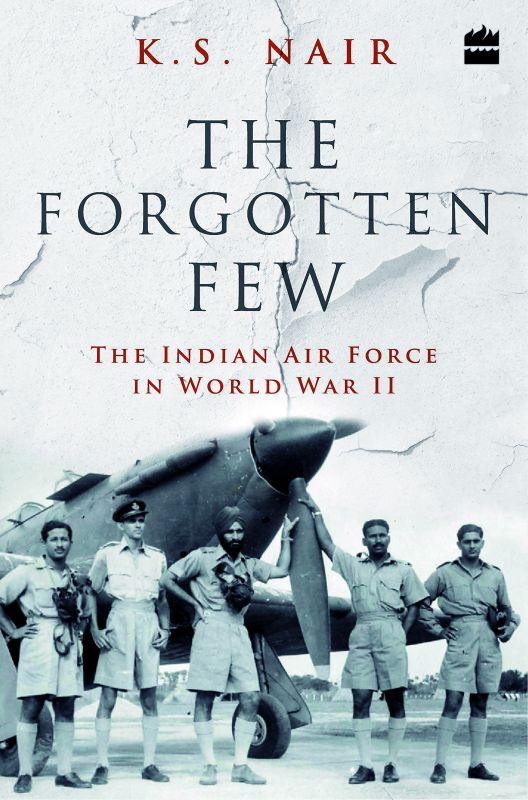 The Forgotten Few: The Indian Air Force in World War II, a war diary and logbook of anecdotes, which hits the shelves. The author K. S. Nair, who’s had lifelong interests in the Indian Air Force and World War II, brings to light in the book some of the lost stories of Indian aviators, who built the very foundations of human and physical infrastructure for what is now the world’s fourth largest air force.

“The Forgotten Few... follows Indian Air Force personnel over England and France and in the Middle East and North African the early years of World War II. They return to India to cover the massive training and airfield-construction effort in the country. These efforts bore fruit just in time for Indian airmen to participate in the war against Japan on the Burma Front, and were the critical turning-points of the Imphal and Kohima battles in North-East India,” says the author K. S. Nair, who has been writing on the Indian Air Force and on military issues in developing countries for over 20 years.

The origins of a story

The book follows Indians who flew and served in South-East Asia, and also in Japan for up to two years following allied victory. “World War II was the most pivotal global event in twentieth century, with many political, economic and social consequences still being felt today. I knew there had been a huge Indian contribution, but found it frustrating that there was so little documentation on it. Then some years ago, an aviation writer P. V. S. Jagan Mohan, who belongs to Hyderabad, very generously shared with me some actual pages from the original war diaries of Indian squadrons during the War. There couldn’t have been a possibly better starting point for this book,” says Nair.

The Forgotten Few traces India’s own participation in the air war during World War II and has anecdotes and lost stories of Indian aviators. The IAF did not directly participate in the War in Europe, but batches of pilots were deputed to serve in the RAF. While Indian Air Force was not given priority, they were providing a cover for the retreating British. The book also shares some insights about the Nizam of Hyderabad, who had provided millions of pounds to the RAF in England but not to the IAF. But when the Japanese threat began looming large, it was the IAF he turned to for help. “The squadrons and aircraft that the Nizam and some other Indian princes funded were not Indian squadrons — they were British squadrons, staffed almost entirely by British personnel. Some of them passed through India but were not based in Hyderabad. One of the Nizam-funded squadrons served alongside an Indian squadron at the key battle of Imphal, both flying the same aircraft type and sometimes flying side-by-side on the same missions,” adds Nair.

The author then shares how Hyderabad was an important rear base for the air effort of World War II. “Indian and British squadrons frequently rotated through Hyderabad, and Begumpet was a major training centre for both British and Indian personnel. Some distinguished Hyderabadi aviators, including (late) Air Vice-Marshal Abbas Hussain, and later, Air Marshal Krishna Rao, and Captain P. M. Reddy, father-in-law of Anuradha Reddy of INTACH, served as instructors at Begumpet during the War,” says the author.

The narratives of war

Wars are full of tragedies but  always provide a great many fascinating stories. Especially pertaining to World War II and India, there is an incredibly rich body of stories, which could be better used by Indian writers, historians, novelists and even the film industry.

Talking of the celebrity connect to the war, the author states, “Some global celebrities spent a part of World War II in India; one such was Ian Fleming, who would later go on to write the James Bond novels. Some Indian celebrities served in uniform or involved in other ways. While Indian princely families made significant contributions to Indian aviation, and some young princes joined the Indian Air Force, some other Indian princes joined elite cavalry regiments during World War I.”

As per the author, the Indian film and entertainment industry actively supported the war effort, with some unscripted romances between dashing young aviators and figures from the film industry. “Tiger Shroff’s maternal grandfather was Air Vice-Marshal Ranjan Dutt, who was one of the first Indian pilots to fly in England and the Middle East, before returning to India. Saif Ali Khan’s great grandfather was a Nawab, who had donated an airfield as well as buildings to the young IAF and held the honorary rank of an Air Commodore. There are also connections to the Indian cricket world, although back then, Indian cricketers did not have the celebrity status they have now,” says the author.

The Forgotten Few benefits from several first-person interviews with some of the last Indian survivors of World War II, thus enabling a level of fidelity that is quite rare among Indian histories.

“I definitely feel a personal connection to this book. Before the War, my maternal grandfather was a railway officer in Burma  —  an important combat arena for Indian armed forces in World War II. My mother was born there and their family just barely made it out of Burma when the Japanese attacked. My wife’s grandfather served in the Indian Army during the World War, and both my father and father-in-law served in the Indian Air Force, some years after the War. It’s a joke in my family that whatever the topic of conversation, I would find in it a connection to WWII,” he signs off.