For Sunil Amrith, history is everything. He says he does not know any other way to understand the world we live — how it came to be this way. According to him, what we see or experience now is an outcome of a complex past. In his latest book Unruly Waters: How Rains, Rivers, Coasts, and Seas Have Shaped Asia’s History, Sunil, a historian and winner of MacArthur ‘Genius’ Award, narrates the history of South Asia through its climate. 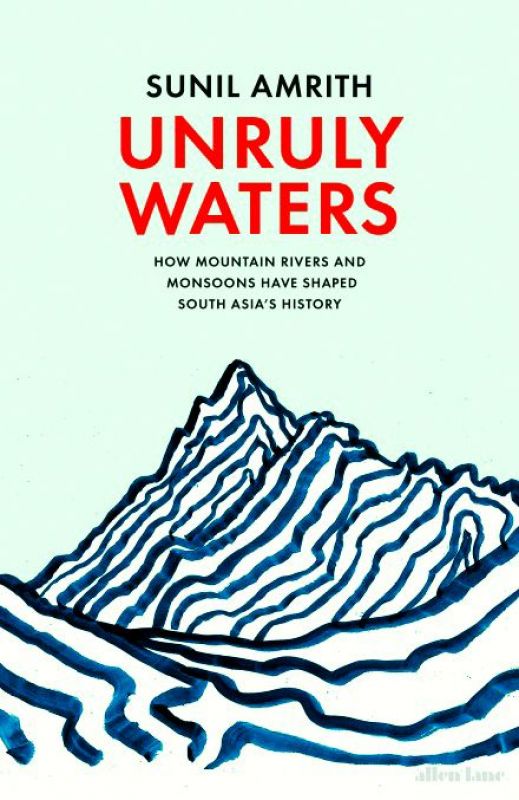 The book explores how the land’s fate is linked to the Himalayas and the Indian Ocean, through the stories of fires, droughts, rains, rivers, with the focus being on water. He shows how water has shaped visions of political independence and economic development in this age of climate change, provoked efforts to reshape nature by building dams and pumps and, above all, unleashed tension between and within nations. Not only it discusses the already existing environmental damage, but also takes a look at the future of the region, in terms of water.

Sunil says it was his feeling as a responsible historian that urged him to write the book. “The immediate trigger was undoubtedly my sense that historians have something to offer to understand and respond to climate change. The range of possible options we confront now have been shaped by earlier ways of thinking about water, by the accumulated water infrastructure of the past, and also by historical, social and economic inequalities,” he says.

The idea of Unruly Waters… began to take shape in his mind in 2010. “I was just finishing my previous book Crossing the Bay of Bengal then. That book was primarily about the migration of millions of people from India to Southeast Asia in the 19th and early 20th centuries,” says Sunil, who spent a lot of time in Tamil Nadu, Myanmar and Malaysia to research for Crossing the Bay of Bengal. “The multiple crises of water faced by the whole region — simultaneously threatened by more intensive storms, rising sea level, and drought — was difficult to escape. As a historian, I naturally became curious about how our present dilemmas have been shaped by the past. Unruly Waters... is result of my attempt to delve into that question,” he elaborates.

He devoted more than eight years to write the book. In his opinion, his approach to historical research has always been eclectic. He tries to gather as much information as possible, and present it in a manner that motivates people’s thoughts. His books are rich with details and photographs related to the subject. “Alongside government archives, which are of course crucial, I believe that visual sources can help illuminate different aspects of past experience. The landscape itself is an archive. Whether working on migration or environmental change, I always learn a lot from talking to people who have memories, or passed-down family memories, of the events or changes I seek to understand,” he says.

The interesting mode of narration of Unruly Waters... too, he says, came about during the process of writing. “Of course, I am always searching for new and compelling ways to write history,” he says, and adds, “There were many false starts, many discarded drafts! I tried to move on a very large canvas, writing about the sheer scale of water-related crises that India and its neighbours confront, and a series of more local and individual stories, trying to convey a sense of lived experience. I have been influenced by the historians I most enjoy reading, environmental writers, writers of fiction, poets and filmmakers,” he says about the whole progression.

The writer feels that the whole scenario of writing about history is changing these days and there are wonderful writers such as Rohit De, Maya Jasanoff, Yasmin Khan, and Srinath Raghavan. “They are wonderful writers as well as rigorous historians!” he says. He is of the opinion that historians, in general, use novel techniques to reach their audience these days. “Recently, they have been making excellent use of podcasts, and long form essays to complement books as a vehicle for expression,” says Sunil, whose affection towards history started when he was a teenager. “I grew up in Singapore, and was fortunate to be able to travel widely in Southeast Asia. I think I was drawn to history as a way of understanding the incredible political, economic, and social diversity I encountered in the region,” he says.

Sunil moved to Harvard in 2015. Right now, he is a Mehra Family Professor of South Asian Studies at Harvard University. “I gain a great deal of energy and inspiration from teaching the remarkable students here. Before that, I spent nine years at the University of London,” he says.

He says that he is currently in this happy phase of having finished a long project. “I’m now enjoying the sense of a blank page in a new notebook: thinking very openly and broadly about what will come next. I have no doubt that some of the themes in my work so far — environmental history and the history of migration — will continue to be present in my future writing. But my most immediate day-to-day priorities are my two young children, and teaching my students!” he concludes.