DECCAN CHRONICLE. | CHRISTOPHER ISAAC
Published Nov 20, 2016, 12:27 am IST
Updated Nov 20, 2016, 7:14 am IST
The book that explores the relationship between Queen Victoria and her controversial confidante Abdul Karim is now being made into a feature film.

At a time when most Indian authors, filmmakers and artists are drawing inspiration for their work from ancient history and the epics, journalist and writer Shrabani Basu looks at events and people much closer to our own time. From the British rule to World War I, Basu’s books have featured real historical characters telling very real historical stories, ones that you may have not even heard about. One of those stories, which she penned was the novel Victoria & Abdul: The True Story Of The Queen’s Closest Confidant, which is now being made into a feature film with Dame Judi Dench and Ali Fazal in the titular roles of Queen Victoria and her controversial confidante Abdul Karim. “I love telling the forgotten stories of history. To me, these are important or they will be lost forever. My books are about people who have played a significant role in history and yet nobody has heard about them,” says Shrabani, adding, “There is great satisfaction in bringing these stories before the world.”

Though she’s currently based in London, Shrabani grew up across Southern Asia, studying in Dhaka, Kathmandu and Delhi, with each city leaving its mark on the author through its culture and history. Shrabani explains, “My father was in the Cabinet Secretariat, so I spent my childhood travelling, as he was posted to different places. Every Saturday, my father would take my sister and me to the bookshop and we would buy books. It was our weekly treat. Reading was an essential part of our childhood.” Shrabani’s love for history was evident even in her choice of subjects when she decided to study history at St Stephen’s College and Delhi University, before picking up journalism as a career. “I would always enjoy doing a story with a historical angle, which is where the inspiration for the books came from. I could combine my love for history and ability to do archival research with my love for journalism. Being a journalist at heart, I need to go to the locations,” Shrabani says, adding as an example: “I found Abdul Karim’s grave in Agra. Nobody knew where it was, not even his descendants. That was the journalist in me working.”

Moving to the UK in 1987, Shrabani’s career as a journalist bloomed, but so did her thirst to write, releasing her first book in 1999, Curry in the Crown: The Story of Britain’s Favourite Dish. She’s written four historical books in the less-than-two decades that she has been an author for — partly because of her work as a journalist, but mainly, Shrabani says, because of the sheer volume of research she needs to do for each book, from tracking down historical documents, to meeting and interviewing people. Shrabani elaborates, “When I started researching for Victoria & Abdul, I was starting with a blank page. The letters to him from the Queen had been burnt. I put the story together from Queen Victoria’s personal journals that are kept at Windsor Castle. I read her Hindustani journals. No one had seen these for over a hundred years. I researched private papers including her doctor’s journals, the letter and diaries kept by her household. 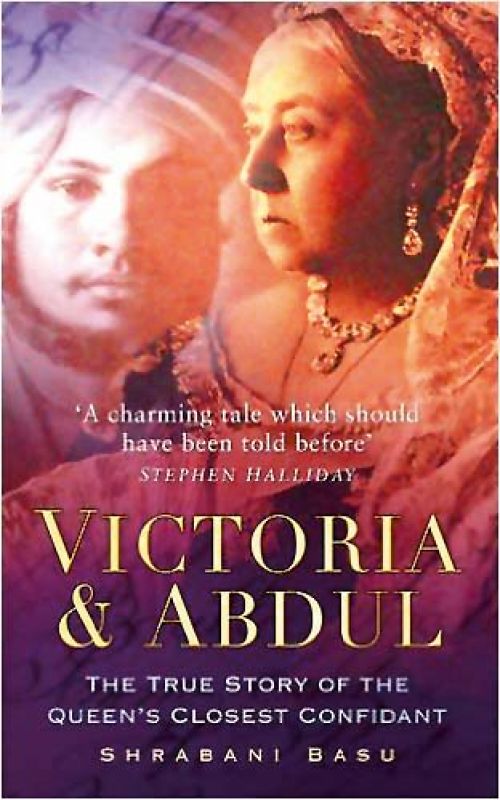 “The icing on the cake was finding Karim’s diary in Karachi. It was a journal that the household had tried to suppress and stopped him from publishing. Again, no one had seen it since it was locked away in a trunk and kept with his family. It was amazing. It was his voice and I could now have it published. This is the thrill of historical research and finding gems from the past. It took four years to write Victoria & Abdul but all the hard work was worth it.”   The author is a consultant on the film adaptation of her book, and can’t wait to see it visualised on the big screen. “The screenplay has been written by Lee Hall (Billy Elliot, War Horse), who has done a wonderful job. A film is always different from a book as they have the license to be creative. It is being directed by Stephen Frears, so my book is in very safe hands. I was in touch with Abdul’s descendants when I wrote the book. I found his diary with them and they are excited about the film,” Shrabani says.

The author, who says she’s currently reading A.N. Wilson’s Resolution (a novel about Captain Cook’s adventures through the eyes of his botanist on the ship), also worked hard on her latest book, For King and Another Country, that released last year and tells the story of Indian soldiers who fought in World War I. Shrabani says, “I travelled to a village in the Garhwal hills to meet the descendants of a soldier who went to the Western Front and was awarded the Victoria Cross for his bravery. The family still lives in the same village. I discovered the moving story of his widow Satoori Devi. Her story appealed to people and she has now been featured in a major exhibition about Indians in WWI at the Royal Geographical Society in London. It’s wonderful to see her face on the poster and her life captured in the large display.” Now living in London with her two daughters — who also take after her love for books and history — Shrabani is already working on her next book: “I am looking at another work of non-fiction. It takes me a long time to research, so it will take a while. Every book consumes a few years of my life!”