When Martin Luther King Jr won the Nobel Peace Prize in 1964, he was still struggling to establish a society that treated people of colour as equals. Little did the world know that the same year would see the birth of Michelle LaVaughn Robinson, who would grow up to become the first African-American First Lady of the United States of America (FLOTUS).

An inspiration to millions across the globe, the former First Lady recently released her highly anticipated memoir, Becoming. The book takes the reader through the roller coaster life of Michelle Obama. Chronicling the experiences that have shaped her, the memoir documents everything, from her childhood in Chicago, Illinois to her years as an executive balancing the demands of motherhood and work, to her time spent at the world’s most famous address. 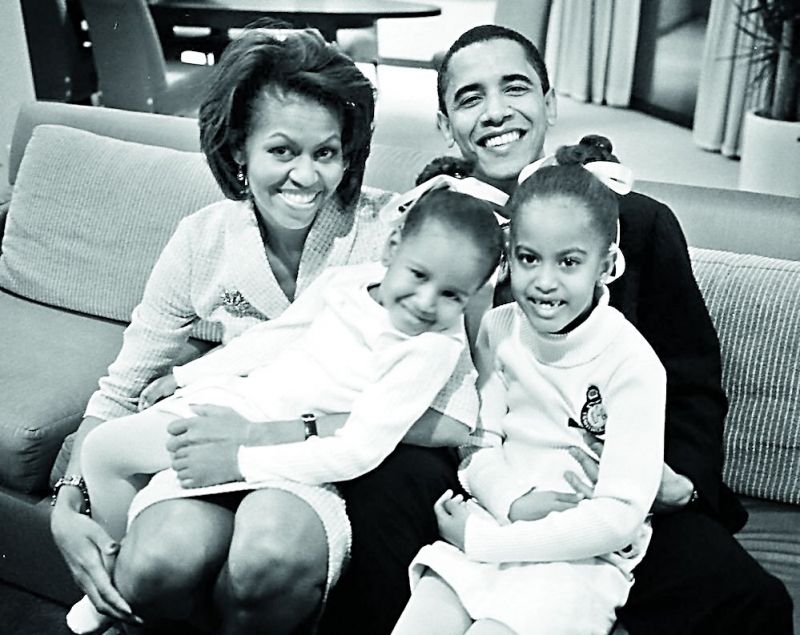 While much has been written about Barack Obama, his wife’s life has been well-hidden from the limelight. Coming from a black migrant family in Chicago, Michelle grew up in a diverse neighbourhood, with a black jazz musician living across the street, a Mexican family next door and white families nearby.
Determined to achieve her dreams, this Chicago girl started her career in law, worked as a city administrator and later as a community outreach worker.

You might think that for someone who has lived a high-profile life for eight years, transitioning back to a normal life would be tough. However, in a recent interview with Oprah Winfrey, Michelle revealed that she loves her new home in Washington, which is just a couple miles away from the White House. She added that after having lived in the White House — amidst all the security guards and SWAT for eight years — a normal life was more than welcomed. 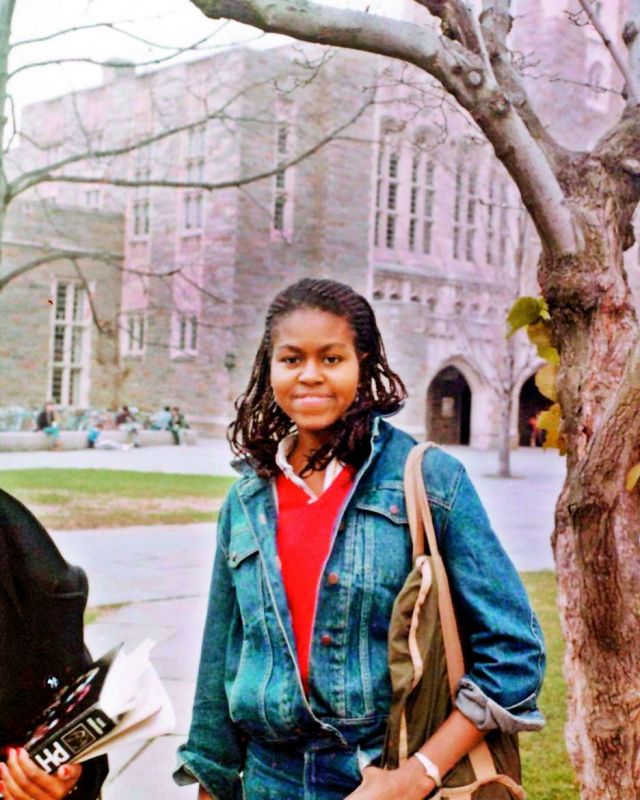 Being the First Lady, she had to follow certain protocols for her security and wasn’t allowed to even open the windows or take a walk outside. She shared a funny incident, describing how Sasha and Malia (her daughters) had once opened one of the White House windows and immediately received a call from security asking them to shut it.

She also spoke about her beloved dogs, Bo and Sunny, who took some time to adjust to the new neighbourhood, as neither had ever met or heard other dogs before. 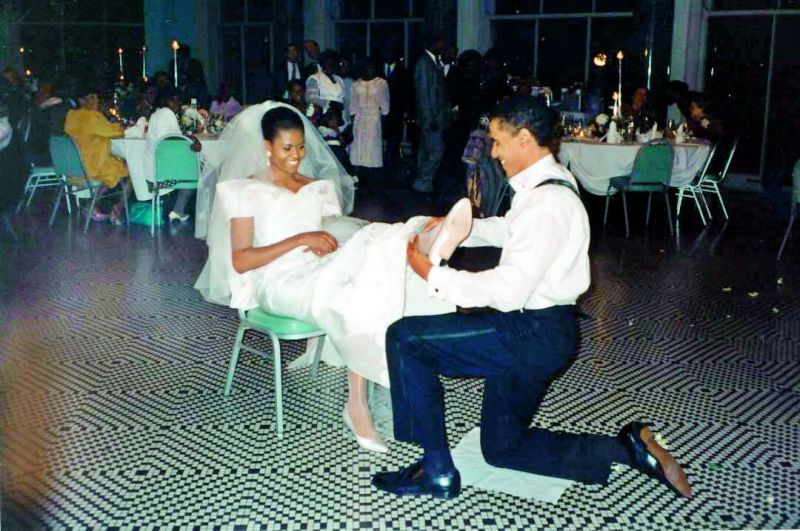 The testing side of marriage

Michelle’s courtship and marriage to Barack Obama has been much talked about. But, if you thought that their marriage was no less than a fairy tale, the book reveals the flip side of the story. In one part of the book, Michelle reveals that soon after their marriage, Barack left for Bali, Indonesia and lived alone to finish his book, Dreams from my Father. During this time, Michelle struggled with her identity. While Barack had shipped himself to the coastal land, Michelle was living with her parents. And although she tried to keep herself busy, she missed her husband a lot. It was during this time that she realised that no matter who you are, to make a marriage work you have to find ways to adapt. And, as we all know, their marriage has survived extraordinary pressures. 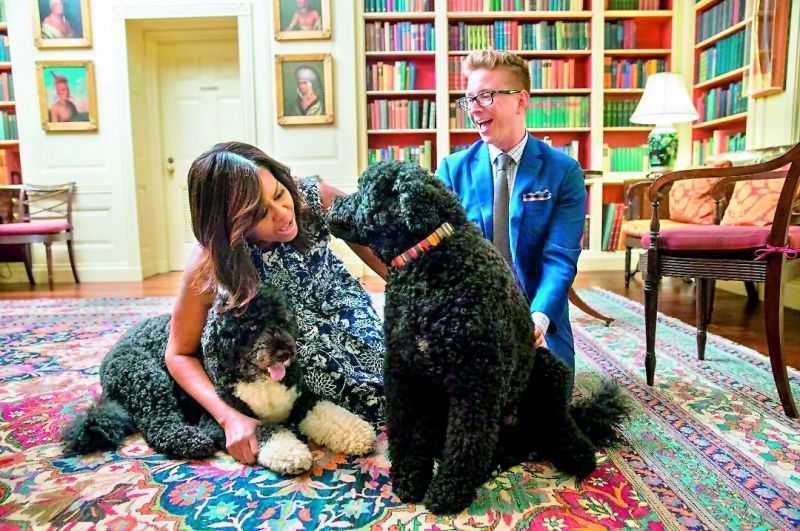 Michelle goes on to explain how being a ‘wife’ came with a lot of confusion and load. On one hand, she wanted to live a carefree life as an independent and strong woman. While on the other, she was attracted to the seemingly bland, self-sacrificing life of a wife and mother.

Moulded by her mother

Michelle grew up in a working-class family, with her father, Fraser Robinson working at Chicago’s water treatment plant. Her mother, Marian, stayed at home until Michelle reached high school. The Robinsons unfailingly supported their kid’s education. In fact, Marian taught her daughter to read even before she attended kindergarten. Her parents gave them the freedom to have their thoughts and ideas very early on. Michelle says she was raised to be confident that she could become anything she wanted to. Crediting her mother for instilling a sense of ‘self’ in her, Michelle states that it was because of her mother’s selflessness that she could be what she wanted to be. 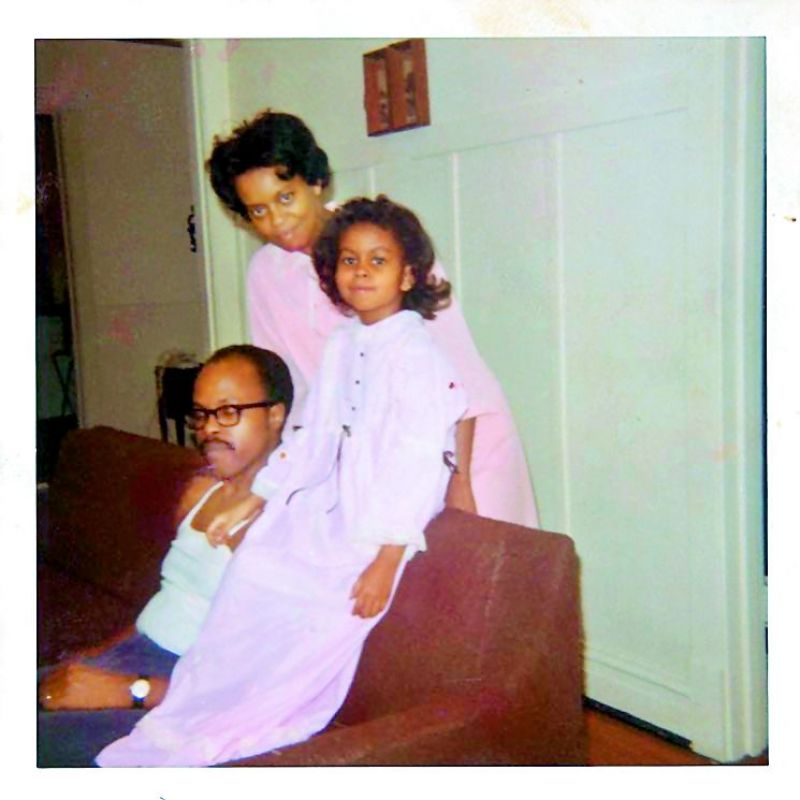 The First Lady of the US

Not many know that Michelle was not-so-confident about Barack Obama becoming the President of the United States. The book reveals that Michelle’s doubts about her husband’s electability emerged from their nation’s dark history of racism and slavery. She couldn’t imagine a black man being given the opportunity to lead the country. However, after Obama won the elections to become the 44th President of the United States, Michelle states that none of the first ladies could tell her what she needed to know the most: how to be America’s first African-American First Lady. 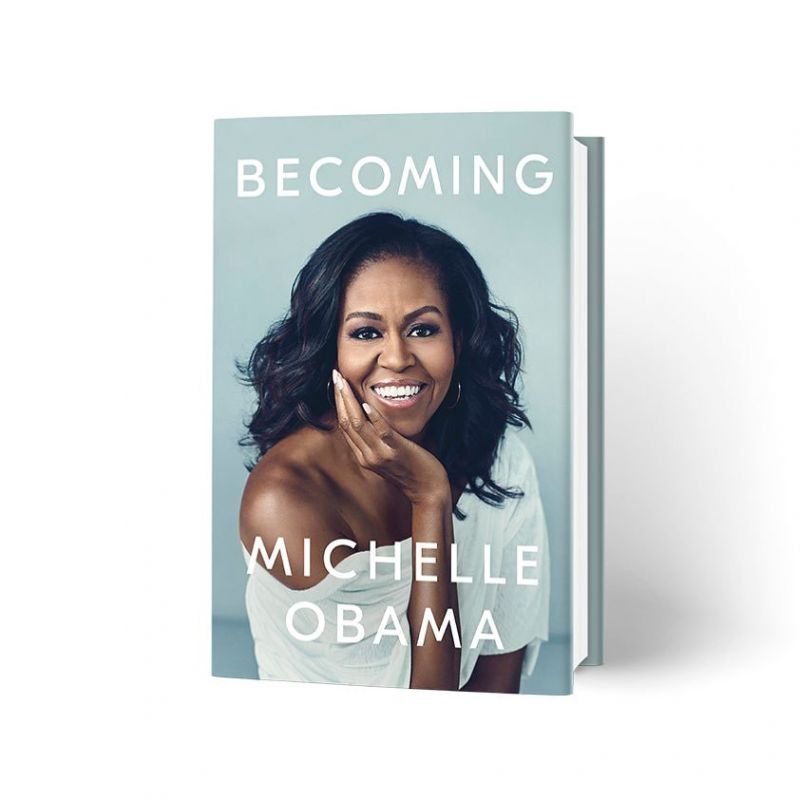 Everything moved at a breakneck pace in the White House, Michelle told Oprah in the interview. Laughing about how she would forget on Tuesday what had happened on Monday, Michelle narrated that she once forgot that she had visited Prague, soon after visiting the country. It was only after her chief of staff showed her a picture of herself in Prague, did she realise that she had been there some time back.

In the interview with Oprah, Michelle also talked about how she has always tried to be open  about her struggles. Expl-aining why it is important to be real, Michelle said that young people look up to the public figures, and they shouldn’t feel that one is successful because they didn’t have to face any challenges or fears.

She expressed that the stories of those in the public eye are important for people to understand that even if they face hurdles on their way, they can succeed with grit and determination.

Excerpts from the book:

Which is to say that at the start of 1993, Barack flew to Bali and spent about five weeks living alone with his thoughts while working on a draft of his book Dreams from My Father, filling yellow legal pads with his fastidious handwriting, distilling his ideas during languid daily walks amid the coconut palms and lapping tide. I, meanwhile, stayed home on Euclid Avenue, living upstairs from my mother, Marian, as another leaden Chicago winter descended, shellacking the trees and sidewalks with ice. I kept myself busy, seeing friends and hitting workout classes in the evenings. In my regular interactions at work or around town, I’d find myself casually uttering this strange new term — “my husband”. My husband and I are hoping to buy a home. My husband is a writer finishing a book. It was foreign and delightful and conjured memories of a man who simply wasn’t there. I missed Barack terribly, but I rationalized our situation as I could, understanding that even if we were newlyweds, this interlude was probably for the best.

He had taken the chaos of his unfinished book and shipped himself out to do battle with it. Possibly this was out of kindness to me, a bid to keep the chaos out of my view. I’d married an outside-the-box thinker, I had to remind myself. He was handling his business in what struck him as the most sensible and efficient manner, even if outwardly it appeared to be a beach vacation — a honeymoon with himself (I couldn’t help but think in my lonelier moments) to follow his honeymoon with me.

You and I, you and I, you and I. We were learning to adapt, to knit ourselves into a solid and for ever form of us. Even if we were the same two people we’d always been, the same couple we’d been for years, we now had new labels, a second set of identities to wrangle. He was my husband. I was his wife. We’d stood up at church and said it out loud, to each other and to the world. It did feel as if we owed each other new things.

For many women, including myself, “wife” can feel like a loaded word. It carries a history. If you grew up in the 1960s and 1970s as I did, wives seemed to be a genus of white women who lived inside television sitcoms — cheery, coiffed, corseted. They stayed at home, fussed over the children, and had dinner ready on the stove. They sometimes got into the sherry or flirted with the vacuum-cleaner salesman, but the excitement seemed to end there.

The irony, of course, was that I used to watch those shows in our living room on Euclid Avenue while my own stay-at-home mom fixed dinner without complaint and my own clean-cut dad recovered from a day at work. My parents’ arrangement was as traditional as anything we saw on TV. Barack sometimes jokes, in fact, that my upbringing was like a black version of Leave It to Beaver, with the South Shore Robinsons as steady and freshfaced as the Cleaver family of Mayfield, USA, though of course we were a poorer version of the Cleavers, with my dad’s blue city worker’s uniform subbing for Mr Cleaver’s suit. Barack makes this comparison with a touch of envy, because his own childhood was so different, but also as a way to push back on the entrenched stereotype that African Americans primarily live in broken homes, that our families are somehow incapable of living out the same stable, middle-class dream as our white neighbors.