In homes across the capital of the Estado da India, Panjimites were whispering about the German ships that were anchored in the harbour of Vasco da Gama and how a group of Britishers had secretly arrived to blow up the German intruders. Though Portugal was neutral to the war, India and Goa, were in danger of a German invasion. […] Liana heard the whispers that rose from the Mandovi River. There was not just the threat from outside, there were deafening whispers that Goans were planning to throw the Portuguese out of Goa. There were loud protests from faraway Bombay, and in the city of Margao, groups loyal to Gandhi were meeting clandestinely. When the German ship was burnt by the British retired officers, there was an eerie glow from the fire across Dona Paula Beach that seeped over the hills to Panjim.

Renowned fashion designer Wendell Rodricks, in his new book, Poskem: Goans In The Shadows, brings to light the less talked about Goan tradition of the poskem — children who were taken in by wealthy families to be raised alongside their own, as their companions. The book is set in Goa between the ’30s and ’70s that cuts across three other cities — Mumbai, Lisbon and Lyon — with parts of the story in Konkani, Portuguese and French. “We are the last generation of Goans to witness the poskem,” shares the designer-turned-author, adding, “Poskem needed no inspiration. It is a truth that should have been addressed years ago when the tradition of the poskem was at its height. I am glad that I am able to write a book on this subject. Everyone thinks of Goa as a happy golden state but there are some shameful practices too. Poskem makes a difference, as it is a dark and despicable tale.” 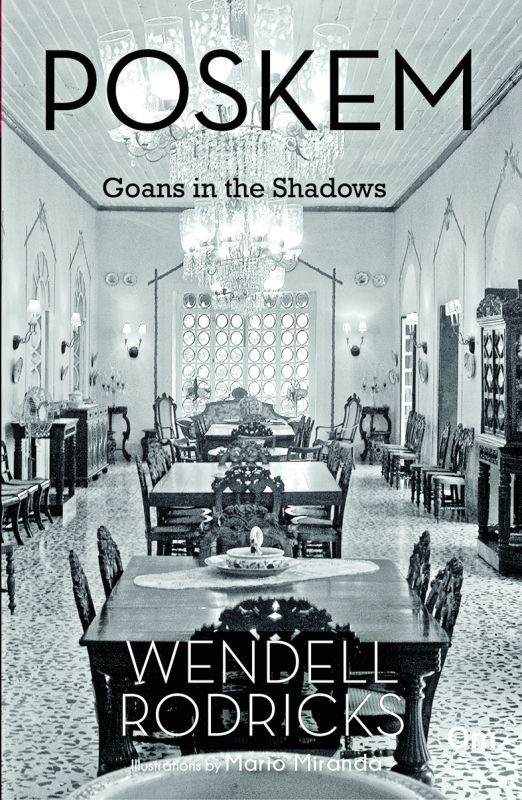 To be released in July, Wendell hopes that readers will appreciate his exploration of this facet of Goa. Talking about what motivated him to write a story based on the poskems, he says, “No one hears the voice of the poskem. I wanted to give them their story and voice. There was some research but most was based on oral recounting of the poskem. At each stage, I was shocked and stunned as each horrifying story multiplied manifold. Villagers told me a lot.” He continues, “I am a Goan who will talk about all things Goan — good, bad and disgraceful.”   It took him over three years to complete the book. But the seed of the book was sown many years ago, shares Wendell. “This is not a story of happiness. Till the end, one is left in a sense of despair. Poskem is all true and every account in this book has actually happened, shamefully!” he says.

Asked if the book is likely to stir up controversies, he says, “Not everyone is going to be happy with this book. The scabs are real. The unpeeling tragic is painful. But the fact is exposed like an open wound. I am hoping that this ghastly tradition will stop after the book.” Elaborating further, he says several sections in the book are raw and filled with pain. “The sex scenes terrified me. I did not want to go there. In the first chapter, when Alda is sleeping with Mauricio, I was paralysed for words,” he shares. The designer is currently focusing on his Moda Museum that showcases the costume aspect of Goan history. But on the writing front he plans to pen a young-adult literature book. “My next book is a children’s colouring history book,” he says with a smile.