Sometime in the mid-70s, Khalid Mohamed had just joined the Times of India as a trainee when his training officer looked at the nervous young man and said:
‘You don’t seem like a news person at all, so why don’t you try to get a softer job.’ Within two months, Mohamed, who hadn’t even grown a mustache by then,
had interviewed The Beatles’ frontman Paul McCartney, covered the Rock Garden Murder, and found an exclusive scoop on the loss of animal life caused by neglect at the city zoo. “I got these three stories and it never stopped. I am always hunting for stories,” says the writer, now sporting his broody-self in a goatee.

Over the years, Mohamed’s relationship with stories made him a film-critic, showbiz journalist, culture editor, theatre director, screenwriter, movie director, and even an author of biographies and short stories, but never a novelist, until now. Adding another feather to his cap, the veteran journalist is debuting as a novelist with The Aladia Sisters. “I tried writing a novel many times before but it is very difficult to sustain a long narrative. To sustain a story, research it, and to keep all the characters alive, not contradicting each other, and just to keep the story flowing was something I couldn’t do while doing a job,” says Mohamed, who has been ‘semi-retired’ for three years and spent four to five hours every day writing the story that was in his mind for a very long time.

From the rustic Punjab of pre-independent 1920s to the metropolitan Mumbai of the internet age, The Aladia Sisters is a story, rather a journey, of six sisters –
Mumtaz, Jameela, Allarakhi, Ameena, Firozi and Fayazi – who run away from their home to define their lives and destinies. “These sisters ran away from their
home under the leadership of their eldest one, and some of them are resentful about following the leader, and, like all families, have their own fissures, bonding,
and a sense of sibling rivalry,” delineates Mohamed about the six principal characters who become a subject of curiosity for Fayazi’s grandson, Rehaan Salamat Siddiqi – a mid-rung journalist – who, through the course of the novel, attempts to re-trace their journey and find what happened to the three missing ones out of the six. 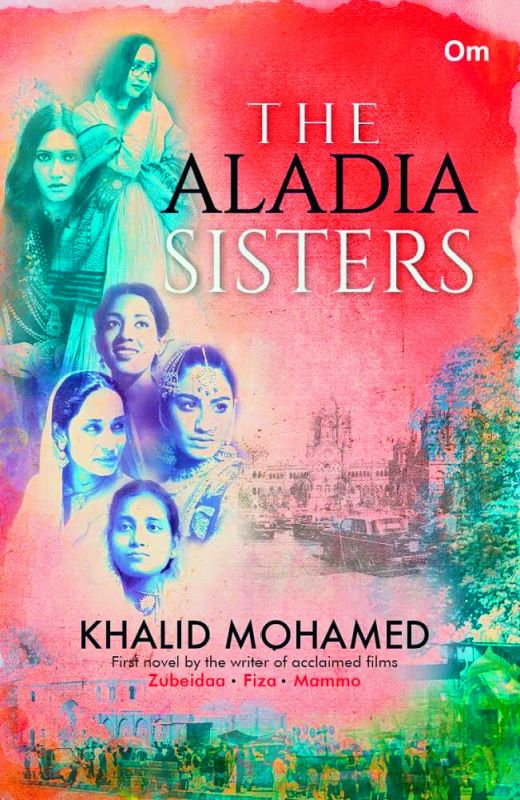 One may wonder what is it about the women characters that draw Mohamed, time and time again. Be it in films Zubeida, Mammo and Sardari Begum, the
writer’s ability to write about strong independent women, in fact, comes from his own experience of being raised in a matriarchal set-up. “Yes, I admire women
because of their emotional strength, and for the fact that they give more than they take,” reasons the writer before revealing that his father abandoned his family to look after his business across the border. “When I was a kid, we used to stay in a bungalow and one day, a burglar broke in. While my grandfather was still thinking about the course of action, my grandmother just took my school hockey stick and bashed him. I have seen such strong images, and so I lean to the idea that women are the final decision-makers. They are supposed to be the real earners who cook the bread,” he illustrates.

Hence, in the Aladia sisters or ‘Humshira’ as they referred to their conglomerate, Mohamed creates six individuals, whose lives as he claims comes from “aadhi
sachaai aur aadha fasana (part truth and part imagination).” Even though the novel is a work of fiction, each character appears to have had a dash of subjectivity as Mohamed draws an observation that a fiction writer cannot create things only out of imagination or he/she would end up writing a fairy tale instead. “The book is my salaam, a genuflection to all the Muslim women I’ve known. I am always trying to find out the identity of Muslim women specifically because that
area interests me,” says Mohamed before quickly adding that there is a theme of secularism throughout the novel.

So, when in the book he describes Rehaan as someone whose ‘daily beat encompassed Mumbai’s glamour gulch, Bollywood movie stars, music wizards,
business czars, master painters, and upcoming artists’, one wonders if the readers meet Mohamed in the garb of Rehan. The veteran journalist, who has had the chance to see doyens like R.K. Laxman, M.F. Husain, Gulzar, Shyam Benegal and A.R. Rehman work, chuckles and admits: “The journalist by all appearance
seems to be me. I have not named the real people because then, I could not let my thoughts flow, but hopefully, I have conveyed the real world of journalism as it
was, and it has become today.”

While in the book, Rehaan dots the breadcrumbs that come in the form of confidences, vignettes, updates, and interviews, in reality, Mohamed had to fall back on his journalism skills to go from present to the past. To imagine experiences of seismic events such as Independence, Partition, and Post-Independence on the characters, and of life in the yesteryears, the writer used research and references. “I had to depend on books, research, descriptions, oral accounts of my ancestors to sieve out the plausible from the implausible and then construct,” he says, describing his process similar to his favourite writers Gustave Flaubert and Orhan

Pamuk. “I have been deeply influenced by these two writers. Stylistically, however, my style is more me,” concludes the Fiza director.