Lull after the storm 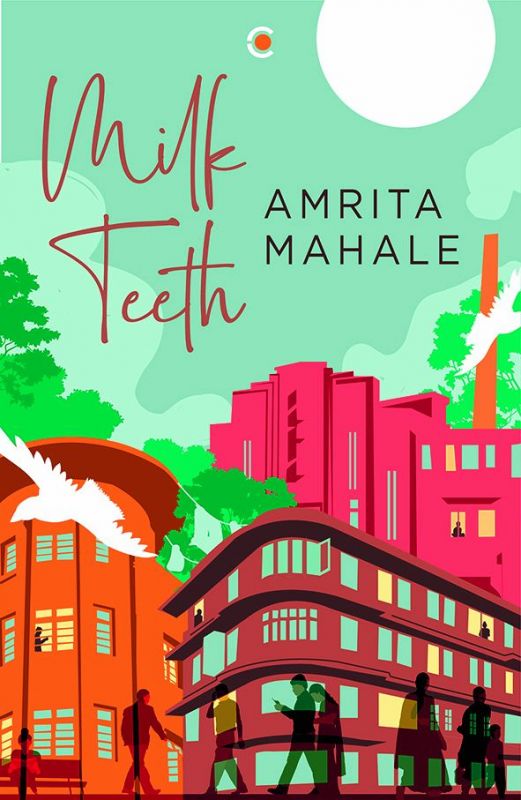 This book was apparently turned down by several publishers before it finally got picked up. Why do you think that happened? What kind of initial feedback were you given?
The book was turned down by 13 agents. Every rejection letter said that the writing was very good, but there were many complaints — the most common ones being that there was too little plot and no international hook. One devastating rejection letter stopped short of saying I should abandon the book. There were major problems with the draft I sent to agents. Too much of the tension was buried in the past. And it might seem hard to imagine now, but there was no redevelopment subplot in that version. For what it’s worth, I sent the same manuscript to two publishers, and both made me offers. I think publishers saw the potential in it and were willing to place a bet that they could help me fix the parts that were not working. Agents probably did not see the value in investing that much time and effort in a new writer.

The book is set in a middle-class Mumbai suburb and will appeal to those who are familiar with the city, but do you think it will have the same impact on a non Mumbaikar?
I hope so! The initial response has been very positive. One of the reasons for that, I suspect, is that there’s something about Mumbai’s urbanity that’s universal. It was (my publisher) Karthika who first called it a ‘Bombay novel’ and I pushed back because I thought that was too narrow. But she was right (she always is!), this is a Bombay novel: this story, these characters could not have been located anywhere else, or in another decade. That said, stories can be specific and universal at the same time. The story might be a uniquely Mumbai story, but the novel is really about finding your place in a changing world. It’s about what happens when people fail to do that and the ways in which they hurt each other.

You have mentioned that despite your background in aeronautical engineering, you always wanted to be a writer. So what compelled you to study at IIT and then Stanford and get into management after that?
I don’t see those as contradictory choices. Most Indian writers have no formal training in writing and many have non-literary professions. Arundhati Roy studied architecture, Vikram Seth economics, and Amitabha Bagchi is a professor of computer science to this day. I loved maths and physics in school, and was also very good at those subjects. To some extent, I slid towards engineering and IIT. But I chose Stanford very consciously, hoping to follow Vikram Seth’s footsteps and write my first book while there. It’s a different matter that I wasted my time at Stanford and wrote nothing. Still, I am the product of my experiences, and this book could not have been what it is without my years at IIT Bombay and Stanford. Going into management consulting was a bit of a mistake though, it didn’t suit my temperament at all.

The title Milk Teeth is intriguing and I gather you are referring to the peace post the Mumbai blasts. Is it also a reference to the journey the characters undergo?
The phrase appears just once in the novel, in a passage that refers to the peace after the blasts. The title came much after the line. It was only when I was on draft number four that the words jumped out at me: it hit me that this was the perfect title. The novel is about the three protagonists figuring out who they are, it’s about middle class society defining and asserting itself in the 90s. The title conveys a sense of becoming. Also, I wanted to break away from the trend of Indian novels in English bearing lyrical, poetic names. My novel is sharp, contemporary, and playful, so Milk Teeth was perfect.

Was Karthik’s character based on your brother or perhaps influenced by him?
You can say that the character is somewhat based on me but influenced by my brother. My brother came out to me before Section 377 was scrapped, and for years I dissuaded him from telling our parents that he was gay. I am so glad he did not take my rubbish advice. Not only did he come out to the family, but he also came out quite publicly on a popular Facebook page. I could not have done what he did. I simply don’t have that kind of courage, I care too much about what other people think. This was the seed for Kartik’s character. I had the most fun writing his part: the voice in his section is close to my inner voice, and of all the characters in the book, his personality is closest to mine. It was interesting to distill some of my own anxieties and dissatisfactions through a male character, to build in some male entitlement.

You have extensively dealt with the redevelopment angle and its impact on the residents. Did this come from personal exposure to such situations as your insight into the subject is pretty deep.
Not directly, but it’s hard to escape the subject of redevelopment if you have grown up in the city or have family here. I have family members who have been on both sides: tenants and landlords. But writing about the subject required a fair amount of research. When the book was done, I remember thinking, wait, this is such a small, simple story, why did it take me almost four years to write it? The truth is that a lot of that time was spent doing research and letting the facts stew in my head till they began to feel like lived experience.

Now that your book is out, where do you go from here?
I started a new job soon after I submitted my final draft to my publisher. I work at a non-profit research lab that works on Artificial Intelligence solutions for social good. It’s not been easy switching contexts between AI and the world of Milk Teeth for the past month, to tear my mind away from data and algorithms to talk about literature, cities, love, and class. When it gets overwhelming, I take a step back and observe how bizarre this situation is and then I feel privileged that I get to occupy such different worlds. There is a second novel I am thinking about, something very different from the first, but it will be a while before I start writing it. I am still getting to know the characters.

You have lived in different cities and moved homes several times, but you seem to have a strong affinity towards Mumbai, is that why you choose to base your book here or was it an organic process based on how your story evolved?
Growing up, I lived in four different cities — and one town, Godhra — but most of my extended family was in Mumbai. I spent every summer vacation and winter break there. My own family moved every couple of years, so Bombay (and later Mumbai) became a fixed point of sorts in my itinerant childhood. Much like Kaiz in my novel, I have been fascinated by Mumbai’s history, its role and form in our consciousness. I even wrote a paper about the representation of Mumbai in popular media over the years for a course in college. It is the city I know best. The three protagonists (Ira, Kartik and Kaiz) and their struggle also developed organically over a decade. About four or five years ago, I decided to put these characters in Mumbai and the story evolved from there.