Very little is known about Yashodhara beyond her being the beautiful young wife of Siddhartha, the prince who went on to become the enlightened one — the Buddha. But there is much more to her as a person, and the story of the life she lived. However, so strong is the popular image of her being the wife that Siddhartha left asleep and walked away from in the darkness of the night, that when author Vanessa R. Sasson set out to write a book on Yashodhara, even she couldn’t escape the subtitle ‘A novel about Buddha’s wife’. “I didn’t want that but was told by the marketing department that this is how people could at least relate to the book. The book is of course about this woman who is much more than just being her husband’s wife,” she says.

The multiple layers in Yashodhara’s character have been explored by Sasson. And the process required both academic research and a fiction writer’s imagination. She says, “Much of the process was academic. As an academic you have certain boundaries and rules. There is a method and there is rigour, which entails building knowledge carefully. We don’t say just anything. This rigour taught me so much about ancient tradition. I feel before writing this book I was studying dance my whole life but never actually dancing.” A scholar of Buddhist studies, Sasson had been studying Buddhist religious scriptures for years before she decided to pen a book on Yashodhara. “I was reading all these beautiful verses in Pali and analysing these ancient texts and a part of me wanted to participate. At this point, I wanted to participate in story-telling and not just analyse story-telling. So it didn’t feel like a conflict. I wanted to know what it feels like to be her. I had to feel and so I wrote this story,” she explains. 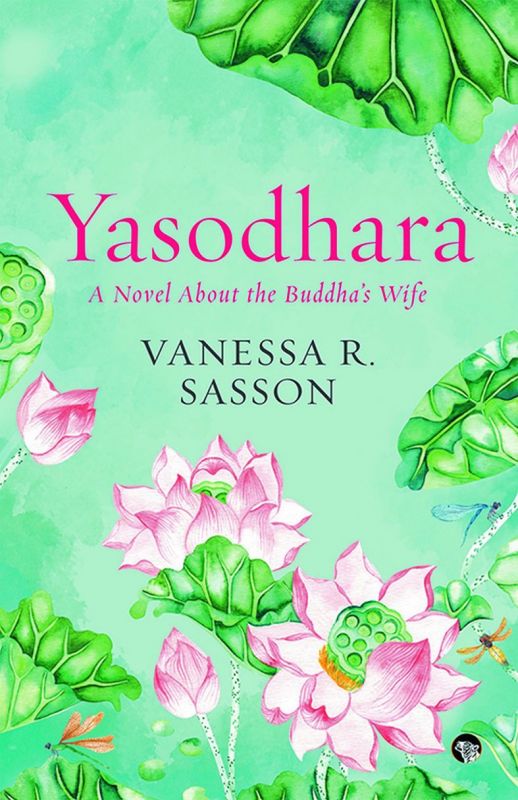 While several recent books have tried to look anew at women from mythology and history in a different light and rediscover their stories, Sasson’s portrayal of Yashodhara covers both familiar ground and also fills in gaps which seem missing from popular narrative and perception. “I have for those parts tried to imagine what she would do in that particular situation. But I was very careful not to deceive the originality of Yashodhara’s character. I couldn’t just say, ‘Oh look, what a terrible guy, he left me’, because that is not what she said. I maintained her voice. And it is also not as if Buddha doesn’t acknowledge what he has done and that he left her behind. He doesn’t dismiss it. He talks about it. If the writers of ancient texts could recognise these emotions and write about them in Pali years ago, then I too could try to be engaging and truthful to the original text. I couldn’t just portray her character as an angry woman left behind. I have much respect for the traditions of Buddhism.”

In Sasson’s book, Yashodhara is on a journey of her own. She is a woman on a spiritual quest whose life traverses a wide spectrum of emotions, and one among them is an overwhelming emotion of anger.  Sasson shares that being a woman made it easier for her to understand and write about Yashodhara. “As a woman you notice the characters of women in mythology and it is a natural thing to engage with. But what I am essentially trying to capture is the human experience. I am a woman from Canada and I am writing about ancient India,” she laughs, “But I guess the point is to be able to relate. To be able to feel what a child feels at an old age, or as a man to be able to relate to and feel like a woman. Women spend so much time trying to feel what a man might be feeling; I think men can do the same. I would love to read that. These experiences should not be limited to the body and where we are born.”

Yashodhara is a book about love and loss, confusion and spiritual quest. It is about loving a husband who is leaving and yet understanding him. “Yashodhara eventually becomes a nun and that is also part of my narrative. When I sat down to write this book, I just wrote it as the story came naturally to me. However, later I went back to it and mentioned in each chapter which part was reality and which part fiction. So for those who are interested, it clearly states which part is fiction and which part is taken from what tradition,” she says. Stories from the ancient Buddhist scriptures woven together with Sasson’s imagination have resulted in a book that gives detailed form, voice and character to a figure from history sidelined for ages.