A paradise losing its soul

With a deep journalistic curiosity and a poetic heart, Sudeep Chakravarti has tested diverse genres. It is this variety in his skill set that equips him well to easily explore and be comfortable with both fiction and non-fiction. “The reason why I have more non-fiction than fiction is because after I wrote my second book on the Maoist movement, I started to be better known in the non-fiction space than in the fiction space. It’s also a bit more difficult to make your mark in fiction and perhaps the subjects I chose for my non-fiction gave me more prominence. But both genres feed off each other.” The Baptism of Tony Calangute, his eighth book, has him turning to fiction again.

Having been a journalist for many years, he believes that his approach is instinctively that of a journalist, no matter what he is writing. That reflects in his works, where he tries to capture the accuracy, depth and details of the environment his work is set in. “I try hard to get the nuances correct. For example, I try to capture the sound of the sea or the sound that the coconut trees make correctly. So the media training kicks in,” explains Sudeep. But it is not just his fiction that seeks realism, his non-fiction seeks the literary aspect as well. The Baptism of Tony Calangute begins in a sleepy seaside village of Socorro Do Mundo, where time holds little meaning and explores the story of a paradise on the verge of losing its soul.

Ask Sudeep if the story is an allegory to contemporary Goa and he answers, “It is in a way. It is like holding up a mirror to a society. It is a lament. What one sees in Goa today is a sense of longing. Having lived in Goa for 14 years, I have the deepest engagement with this place.” Sudeep’s love affair with Goa started in the 80’s when he lived in Delhi. What started as a vacation soon turned into a permanent residency and has now metamorphosed into this book. “I was looking for a place to move to and Goa appealed to me. I got to know it better after I started living there. I could have written it as non-fiction but somehow fiction seems better to express a feeling of loss and longing, the beauty of Goa, the fashion of Goa, the corruption of Goa and the joys and horrors of Goa.” 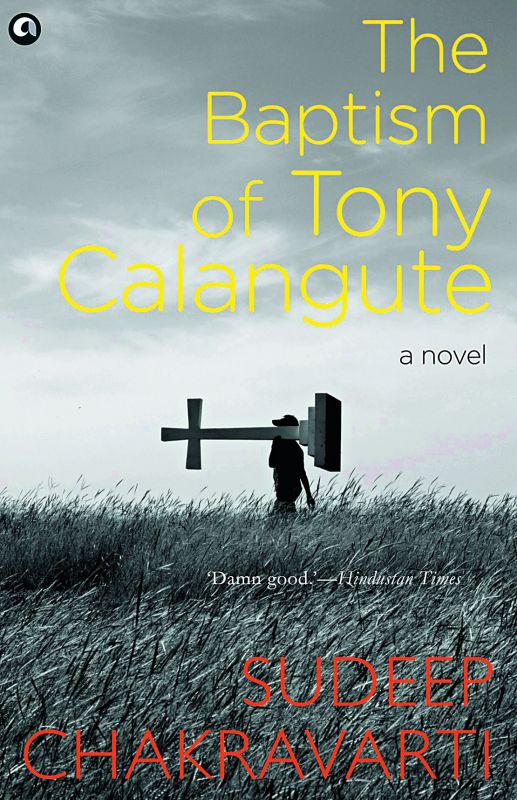 His work is, as his editor puts it, ‘Socially conscious fiction or activist fiction.’ “The book might be written in a lyrical way but it is a harsh book. It is a combination of lament and satire. It concerns the entitled and corrupted layers of Goa. So there could be a concern on that front. Also, in the early readings there was a concern that what is a non-Goan — a Bengali — doing, writing about Goa. I sensed a sensitive nerve due to this,” he shares. This was not the first time Sudeep faced such a situation. His previous book, The Bengalis: A Portrait of a Community, he says, could be questioned, having been penned by a 'Probashi' — a non-resident Bengali.

“But if that was the case, William Dalrymple would be out of business. But he is writing about Indian history and he is famous,” he laughs and adds, “I think he is a new age orientalist. But that is what writers, journalists, poets and film directors do, they write about other places. So should we be limited by our birth and ethnicity or be empowered by the story we are about to tell? I write about the Maoists too (in Red Sun: Travels in Naxalite Country), but I am not a Maoist.” He goes on to says, “People say that if you are afraid you cannot write non-fiction, but I would say that if you are afraid, you can’t write fiction as well. You can’t tell a story from a position of fear.”

Talking about his characters in his latest book he shares that a lot of them have various shades of grey and are ficionalised. “Nobody is perfect and some of them are deeply villainous. I would talk in terms of good, bad and evil, but some characters are totally dark as well but they are the ones who are killing a way of life, a beautiful place and even people,” he says. Sudeep will next be working on a non-fictional, historical book. “I have also been writing poetry but haven’t published any. Maybe I’ll publish that,” he concludes.