With a sweltering summer blazing down upon the nation, S. Hussain Zaidi’s latest potboiler Dawood’s Mentor is a much-needed soothing balm. The book chronicles the deep impact Khalid Khan Bachcha, known endearingly as Khalid Pehelwan had on the rise of Indian’s most notorious mafia kingpin, Dawood Ibrahim. 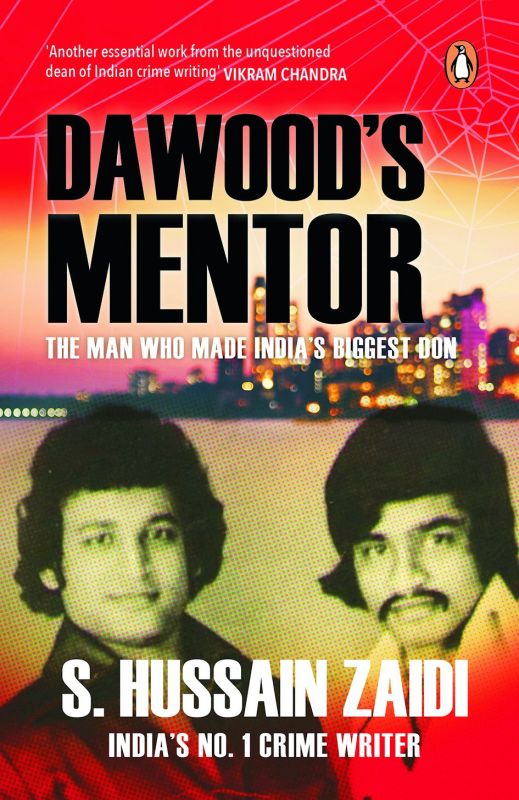 Careening through the swashbuckling 70s and the present day, the book paints a breathless sequence of events that makes it the perfect summer read. In classic Zaidi style, the action is crackling, emotions high, and the entire narrative almost Bollywood-esque in the dramatics — this is not a plodding academic study of the nature of crime.

Instead, Zaidi chooses moments with deep emotional resonance to create a story that aims to entertain the reader. “One life cannot be covered in 50000 words. You need to choose and pick the highlights of that particular life. I often compare my craft to that of a cook — I shouldn’t be cooking for my own satisfaction. Instead, I’m cooking for an audience. I have to ensure that I cater to their likes and their fancies. So the highlights of the life I choose to portray should be something my readers will enjoy,” he explains.

In this sense, Khalid Pehelwan’s life offers something for every palate. A graduate of economics from a small town in Madhya Pradesh, Pehelwan initially wants to become a police officer. A summer spent with a Bashu Dada however, changes the course of his life completely. This unlikely future criminal mastermind soon becomes Bashu Dada’s right hand man - bringing him untold riches thanks to a combination of his business acumen and daring.

Pehelwan is no common crook. Instead, he comes off like a gentleman gangster, who sticks to a code of honour during the heyday of such ethics in 1970s Mumbai. But his goals would be familiar to most startup founders in the Bengaluru of 2019. Pehelwan just wants to ensure his own economic security. His social milieu is one in which smuggling is not seen as a crime, but a part and parcel of doing business. One wonders if the spate of white collar criminals that have been brought down in the last decade of economic turmoil would agree with this scion of the Mumbai mafia.

In this sense, Pehelwan is immediately set apart from his peers, including his famous protégé, Dawood Ibrahim. Through a series of events, Pehelwan and Ibrahim find themselves drawn to each other, coming together to create a partnership that revolutionises the very game that they are trying to master. It couldn’t be more a match of opposites — a decade his senior, Pehelwan is far more circumspect than the hot-headed Ibrahim. But it is Dawood’s daring that enables Pehelwan to also see success like never before.

This highly relatable tale of mentorship is immediately recognisable to anyone who has had the chance to work with a boss or colleague that empowers - the power of some sensible advice imparted at the correct time cannot be undersold.

Zaidi believes that Pehelwan makes for an interesting figure precisely due to his unusual background. “Pehelwan was an educated guy —— a graduate in the 1970s — unlike a lot of his peers who were school dropouts or illiterate. His education even helped in underworld activities, which Bashu Dada and even Dawood would not understand. Pathan (Pehelwan) was brought up in a very cultured atmosphere, where his parents and uncles gave him an upbringing that had him growing up with certain values,” Zaidi points out.

Well-educated, ascetic, and decidedly old-school Pehelwan represents a way of doing business that passes with the waning of his time in the Mumbai mafia. While Zaidi believes that a mafia don wouldn’t necessarily make it in the cut-throat world of startups, one can’t deny that the qualities of being able to recognise a market need, building processes and systems to fulfill them, and having the economic foresight to know what transgressions to commit to reap rich rewards are ones that most entrepreneurs in the making would kill to have.

Dawood’s Mentor doesn’t just stop at being a racy read, but instead documents a change in guard and a consequent change in the manner of doing business in Mumbai’s underworld. Despite their closeness and the deep respect Dawood Ibrahim has for Khalid Pehelwan, the non-linear narrative hints at how far from Pehelwan’s way of conducting business Ibrahim has strayed from. Hints for this change can be attributed to a lot of factors — from the differing social backgrounds of the two stalwarts to the growth of a surveillance state with the advent of technology. Dawood’s Mentor leaves the reader feeling like the golden age of mafiadom has passed and a new — much harsher — era must now be reckoned with.

The Indian public’s fascination with true crime, the workings of the underworld and the unexplored underbelly of the city is at an all time high: The Season 2 trailer for Netflix’s Sacred Games (based on the Vikram Chandra novel) has garnered over four million views. Gully Boy was a super hit that pushed desi hip hop from sparsely populated open mics to YouTube’s recommended page. Zaidi’s own books have been made into movies and a Netflix series of his own is in the works. Dawood’s Mentor fits nicely into this cultural zeitgeist, while also being highly relatable to people leading ordinary lives who wouldn’t dream of ever entering this world.