The science behind spirituality

Versatile. Engaging. Inspirational. Well-spoken. Controversial. These words could be used interchangeably with just about every spiritual leader there is in the country — in the world, even — and Jaggi ‘Sadhguru’ Vasudev is no different. Over the past three decades, he’s made a name for himself as one of India’s most popular godmen with his yoga and spiritual teachings appealing to audiences across the globe.

His last book, Inner Engineering, was on the New York Times bestseller list and was launched a few weeks ago in India, and Sadhguru says that meditating on things within himself rather than focussing on the outside is what helped him come up with the concept of ‘Inner Engineering’.

“One thing I realised early was that I didn’t know anything at all. I had a billion questions all the time and everyone only gave standard answers for everything, which don’t make sense but you are supposed to accept them. So I grew up a super-skeptic. Nothing ever made sense to me, so all I had was attention. When I paid attention, I realised that our faculties of perception are so limited, but we make many conclusions about the entire universe with those. So, I started paying attention to my own faculties because I realised unless we enhance our perception, there is no true enhancement of life,” Sadhguru says.

The need to look within, Sadhguru adds, is something that modern society has also begun to realise to help them cope with the stressful ways of the world — which is why physical practices such as yoga have seen a rise in popularity in the recent past. He says, “Today, human intellect is sparking and more people are capable of thinking for themselves than ever before. Because of this, people will not accept anything unless it makes logical sense. People will seek wellbeing in a scientific way, and that’s what yoga is — a science for inner wellbeing. The only way to experience true wellbeing is to turn inward. This is what yoga means — not up, not out, but in. In is the only way out.”

Turning towards the East for spiritual solutions, however, is something the West has always done — from the yoga and Beatles visiting India, to Deepak Chopra cult, celebrity status in the US. The reasons for that, says Sadhguru, is that countries like India have historically been seen as hubs of wellness. “This is because people always saw this land as a possibility. This land is humanity’s greatest experiment in terms of making an entire culture into a spiritual process. Whatever you do — whether you conduct your business, raise a family or anything else — your life is essentially about mukti. Ultimate liberation is the only goal,” he believes. 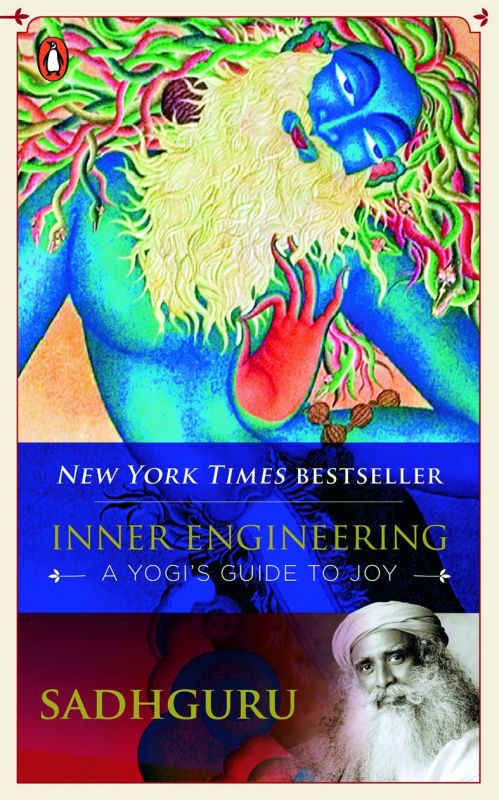 And even though entire industries have been built upon this “spiritual process” of liberation, Sadhguru says that the essence of the teaching is what needs to be preserved: “Enterprise will always be present when something becomes reasonably popular. These are a result of the commercial process. But it is only on the surface that these are happening. The core of yoga is not disturbed in any way.”

This industrialisation has also come with its fair share of critics and ridicule, with godmen being seen as eccentric, even comical personalities. To that, Sadhguru responds, “Many people have developed an allergy to spirituality, because spirituality is being presented in ridiculous ways. This is not 100 per cent so but somehow, society’s focus has been on a few negative aspects. The fundamental aspect of my work has been to present spirituality as a 100 per cent science. You don’t have to believe anything or follow and worship anyone. Yoga is a technology — you just learn to do a few things within yourself.”

Sadhguru himself is no stranger to controversy. From being implicated in his wife Vijaykumari’s death to his organisation Isha Foundation’s land infringement issues, he’s been in the news as much for them, as for his own work. But Sadhguru says that the issues have only arisen because of people with ‘vested interests’. He explains, “Surviving in a social situation means you are expected to serve many vested interests. When you refuse to do that, when you come out from the depths of your being without any compromise, there will be some who want to crucify you. They can’t do that today so they file cases against you. As you and all administrative and legal agencies know, these are accusations without substance. If there was any truth to this, the consequences would have been totally different. Except for some sections of the media and a few activists with vested interest, no one else has anything to point out either about myself or the foundation — as the foundation is conducted by highly dedicated volunteers in whom I’ve instilled a stringent sense of discipline and a profound devotion for the cause that they serve.”

Already working on his next book, Sadhguru says that it will focus on the origins of yoga: “It’s estimated almost two billion people are practicing yoga in some form or the other. Still, how many people know who made this possibility happen. I actually met somebody who seriously believed Madonna started yoga! This book is an effort to bring awareness about the science of yoga, how Adiyogi (the source of yoga) went about it, and what he said and did not say.”