Love in times of war

‘She has a certain je ne sais quoi,’ declares Maddy dreamily, chin in his hands. ‘I could like her.’ ‘Abbe, don’t start that qwa qwa again,’ Raka groans. ‘You’ll fall in love with anything in a skirt!’ ‘Focus!’ Shaanu frowns. ‘She could have disguised herself, worn a burqa or something. We’ll have to be sharp.’ The three friends are sitting on a bench at the Jodhpur Junction Railway Station, sipping hot, sweet tea and examining a black-and-white photograph. It has been handed to them by the wife of their Chief Instructor, Mrs Poncha, and features a slim, vivacious young woman in a polka-dotted cocktail dress. At the back the Chief Instructor himself has written, in his small cramped handwriting: Tehmina Dadyseth. Bengaluru-based author Anuja Chauhan is back with a gripping romantic tale set during the brink of a war between the USSR-backed India-Mukti Bahini alliance and the America-aided Pakistani forces. In an interview, the author of best-sellers like The Zoya Factor and Those Pricey Thakur Girls, talks about her latest book Baaz, her inspiration, getting typecasted and more.

The advertiser-turned-author confesses that she writes about what she sees around her. “I’m an Armed Forces child and I wanted to write about the fauji life. I picked the Air Force because they’re the smallest and coolest branch of our Defence Services — the elite of the elite, the cream of the cream,” shares Anuja.
Talking about the inspiration, she says, “When I wrote Those Pricey Thakur Girls, I was accused of trying to write like Jane Austen, and often, people would ask me who my favourite Bennet sister is. My favourite is Lydia — because she’s so blunt and outspoken and openly boy-mad. And so I started to think about Lydia Bennet — and how obsessed she is with men in uniform. That got me thinking about how I too, as a giggly girl, was obsessed with ‘men in regimentals’ and I got thinking about that, and that’s where the idea came from.” For this novel, she had numerous conversations with many fighter pilots, some of who were from her family and some who they introduced her to. “I did all kinds of research. I chatted over numerous whiskey-paanis with lots of retired old fighter pilots. (I have two in the family, so that made it easy for me to break into their network.) I visited museums. I read a lot of military-non-fiction. I spoke to air force and army wives who had been young in ’71. I googled and YouTubed. And finally, I had a military expert read the whole manuscript once it was done and point out any technical or historical flaws,” she explains. 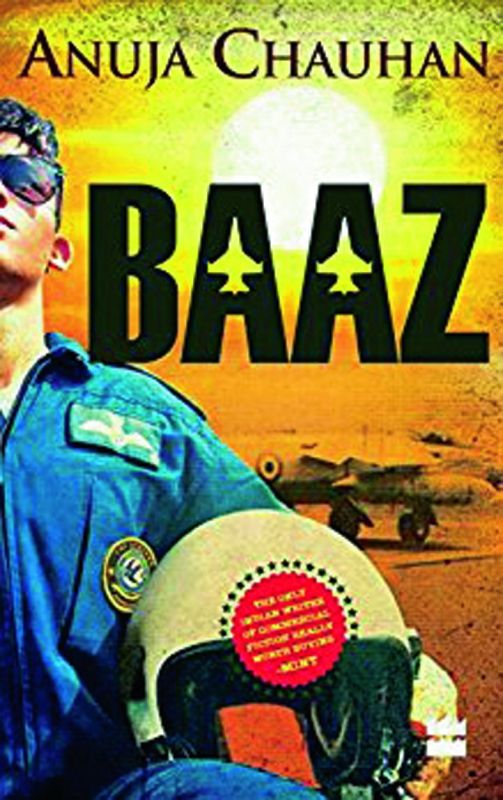 As an author Anuja’s narrative has always been centred on her female characters. But this time the focus is on the male character, but she doesn’t feel any different. She shares, “I don’t think it’s any more different or difficult than writing a depressed old lady — or a naughty child — or somebody from a very different socio-economic background than my own. At the end of the day you’re writing a character, not a gender.” Real people and instances have always been a source of inspiration for her. “Every character I write about is inspired by someone I know well or it could be on someone I’ve met or read about. But of course it’s all mix and match. I may take one character trait from one person but the reason for that trait I might take from someone else.” About being labelled as a chick lit author, she says, “Labels are odious. They seek to de-mystify you, limit you, label you and shut you into a tight little box. They say this is your status, this is your aukaat, now don’t try and punch above your weight or write on deeper issues. The chick lit box seems to say that I must write only about  shopping for shoes and finding a man. I deeply resent that.”