Stories that make your heart melt

Raw, nebulous and thought-provocative; Indian author Sindhu Rajasekaran’s latest offering, So I Let It Be, takes the reader through a rather invigorating, yet uncomfortably realistic journey through her short stories. 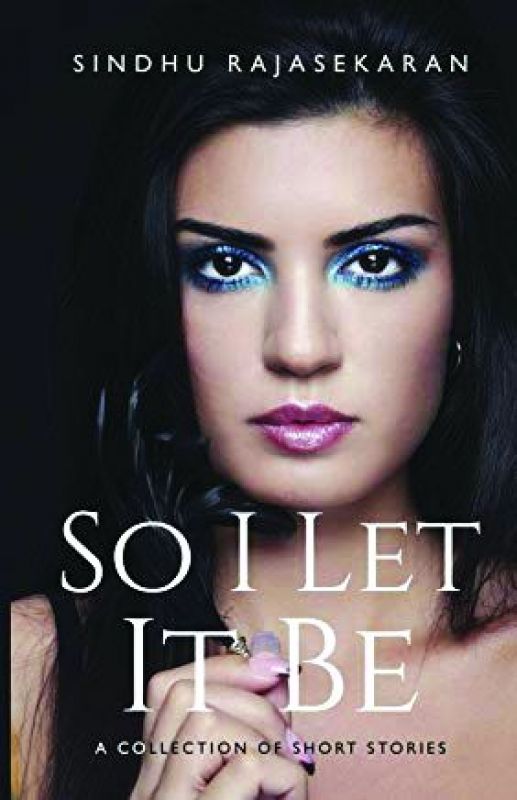 For someone who hasn’t read her previous works (Sindhu’s debut novel Kaleidoscopic Reflections was longlisted for the Crossword Book Award in 2011), Sindhu’s current copy came off as a ‘daring read’. For a collection of short stories, it’s a book that’s nearly impossible to put down.

“I was a rebel for the most part of my adolescence. I freely explored my sexuality and identity. I radically questioned everything and constantly zinged between ideas: from nihilism to hope, atheism to belief, surrealism to rationalism. Books were the primary source of many of my ideas,” begins the 32-year-old engineering graduate, who is also armed with a Masters in Creative Writing from the University of Edinburgh. She further adds, “I had an almost insatiable lust for reading and indiscriminately read every book that I laid eyes on. I ended up falling in love with varied styles of writing and expression. This reflects in my writing too, I think. I like to experiment with words and chase metamorphosing characters.”

While the book is categorised as fiction, the content tugs right at your heartstrings. And, often, the reader is helplessly at the receiving end of connecting with the bold women characters in the narrative. Whether it’s the errant Mehr or the disgraced Damini, her characters are just too real. Speaking of the impetus behind it all, she elucidates how fantasy and fascination are key. “I happily sit around and obsess about the beauty in every object, phenomenon and person. I’d jot down words in my notepad whenever something inspired me. Only, I’m also equally affected by the injustice of the world, the contradictions of life and the darkness that resides in each one of us. I can’t really explain how it happens, but sometimes, almost magically, some characters form in my head - with certain attributes and a distinct voice. Then I place them into different (surreal) worlds to see what choices they’d make in situations that are particular to that story world.”

Identifying herself as a rebel and a feminist, Sindhu staunchly believes life is ultimately, in all honesty, about finding  your ikigai. “I’d say go for what you’re passionate about! But from a pragmatic point of view, I’d say step back from everything you’re doing for a moment and find your Ikigai. It’s a Japanese concept which translates to “a reason for being.” There are things we do in life for passion, for money, for ideology. It’s crucial to find a balance.”

And that explains her sense of story-telling, where her readers are often taken on a journey filled with curiosity and a sense of empathy. On being asked to sum up the vibe of her book, Sindhu avers, “Feminine, fragmented, the protagonists of So I Let It Be belong to different times and circumstances — yet are bound together by their transgressions. In an ambiguous search for the self, they betray, blaspheme and at times drown in a sea of guilt. At the end, will they accept themselves for who they’ve become? In this collection, I tried to think of things in themselves, like Virginia Woolf suggested (who I happen to adore). I was obsessed with each of the protagonists for long periods of time and the worlds that they belonged to. In the stories, I tried to make sense of their choices without judging them, if that makes sense.”

While the engineer-turned-author might be known for her literary pursuits, she asserts there’s more to her. “I’m a trained Bharatnatyam dancer — but I haven’t performed in years. I’m a seeker and tend to read a lot of philosophy. I love to travel and explore new cultures.”

Currently writing a book of non-fiction with Aleph Book Company, Sindhu concludes with a rather strange message: ‘A literary character is alive only in the time that a reader reads about them’. “It’s a beautiful feeling to know that these characters that I’ve lived with in my head for so long, now exist in my readers’ mind. I’d be grateful if my protagonists leave an impression, however infinitesimal, in my readers.”