This time, shedunit: Crime writer Piyush Jha explores the noir side of women

As a resident of Maximum City, Piyush Jha sees the city for what it is: a city of contradictions, where the flip side harbours a dark underbelly of crime.

Inspired by grungy and gritty Mumbai, Jha had, meticulously, built a universe in his debut book ‘Mumbaistan’, where the city of dreams becomes the city of nightmare.

With scheming characters, the crime writer gave us some of the most vivid noir novellas, and his latest ‘Girls of Mumbaistan’ promises to take that tradition ahead.

With female protagonists in the domestic noir sub-genre, ‘Girls of Mumbaistan’ is a collection of three novellas, namely ‘The Simple Girl’, ‘Maid for Murder’, and ‘Inspector Hijra’. And in a tete-a-tete with Deccan Chronicle, the writer of books such as ‘Compass Box Killer’, ‘Anti-Social Network’ and ‘Raakshas-India’s No. 1 Serial Killer’, talks about his fifth book.

In Mumbaistan, readers primarily encounter male characters. However, your latest triad of novellas – ‘Girls of Mumbaistan’ – explores female protagonists. Why did you decide to make that transition?

In the past couple of years, I have been reading a lot of fiction and articles in newspapers. And in the latter, I found many cases where women are directly involved as perpetrators and victims. Moreover, the landscape of crime is moving from gangsters to domestic crimes, and these have been increasingly reflected in newspapers.

Hence, my book is an amalgamation of all that I see around me. Plus, with the likes of Gillian Flynn and Paula Hawkins exploring female-driven domestic noir, I was influenced to explore the genre.

Since the aspects of narrative such as setting and number of characters get limited in domestic noir, do you find it challenging to frame thrillers within the restrictions posed by the genre?

For a crime writer, all kinds of challenges are great because, ultimately, one has to create thrill and intrigue. It does get tough when you have a limited scape as well as a limited number of protagonists, but it’s not a limitation.

For instance, in poetry, the challenges posed by the poetic meter of iambic pentameter resulted in some of the best poems ever written. Therefore, the more limiting is the confine, the more challenging it gets for the author. I have always risen to challenges. 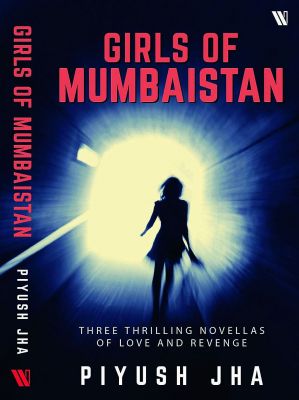 In ‘Girls of Mumbaistan’, readers revisit the gritty universe of Mumbai that you had created in ‘Mumbaistan’. Please elaborate on the setting of your books.

I am from Mumbai, and I love this city. In Mumbai, if you are walking on a brightly-lit street with high-rises, and you take a turn, suddenly there will be a slum in front of you. There is a twist in every turn in Mumbai – you never know what’s coming in that turn, and that’s what I try to reflect in my book – a twist in every turn.

In my books, Mumbai is gritty and no-holds-barred place that I have christened as Mumbaistan. It’s a metaphor for the survival of the fittest in Mumbai.

How do you create your characters and their conflicts?

I create my character, and then I start thinking about his or her deepest desires and the obstacles that can come in between. Then, I contemplate what my character would do when faced with such challenges. Would the character turn away from it or would he or she overcome them?

Such are the odds I place in front of them which are seemingly unsurmountable. And then, I keep pushing the envelope a little bit till I find the right actions for the right characters.

Was it intentional to give your characters a vulnerable premise?

Putting my characters in vulnerable circumstances is most important for me because it is when these characters are challenged that my readers begin to ponder whether they will turn out to be the heroes or will they fall in the face of villainy. The true test of character only happens when they are put in the place of vulnerability and pressure.

Whether this vulnerability comes to them naturally or through their surrounding depends from story to story, but I mostly create characters that have vulnerable habitats.

The story Inspector Hijra has a transgender protagonist, so much so that a web-series is also in the pipeline. Did you want to break the stereotypes associated with the said community?

Our understanding of members of the hijra community limits them to the people who dance at weddings or beg on the street. However, in the recent past, we have seen them entering other professions, but simultaneously they have to face many biases. The first transgender cop in Mumbai is appearing in my book, and it’s a fictional character.

So, to break these biases and inspire people, I created a transgender character who used to beg on the streets of Mumbai and then later educated herself to get a job in the police force.

Your stories are known for shocking twist-in-the-tale endings. Who are some of the writers and filmmakers that have inspired you to give your stories a Shyamalan twist?

Essentially, I just like the idea of turning everything on its head at the end of a story. When I was growing up, I read the works of Roald Dahl that the author wrote for adult readers and it influenced me a lot. Alfred Hitchcock is one of the biggest influences in my stories.

Further, writers who wrote in the noir tradition such as Raymond Chandler and Dashiell Hammett have also inspired my writing a lot. I was once referred to as the ‘Dashiell Hammett of Mumbai’.