Struggles in the shadows

Some life struggles are tough, silent and in the shadows. Kota Neelima’s latest book Widows of Vidarbha — Making of Shadows explores the stories of 18 women whose struggles have been invisible to the state, community and even their families. Her book reflects the stark differences between the urban ideas of farmer suicides and the actuality of it.  Her book traces the agrarian crisis 2001 onwards. Selected from two districts of Vidarbha — Yavatmal and Amravati —  she explains why the selection was based on this timeline. “During 2001-4 there was a crisis, as also in 2012-13. The reason why I chose people from these two crisis is because the crisis itself changed over the period of time. There is a difference between the women who lost their husbands back in 2001-4, as compared to 2012-13. No country, no problem is static and I wanted to see how the agricultural crisis impacted farmers from different phases.”

While there were many cases to be covered, the 18 in the book, she says, were the ‘most representative of the agrarian crisis.’ “I met over 50 or 60 families in a year to select these cases. While meeting them, I understood how each case represented a separate problem of the agricultural crisis. In many cases, the women were young, or the children too small, or the women were dependent on their families. So each case represents a different facet of the woman’s position in this crisis.” Despite the tough situation, she didn’t face any resistance from the villagers and they were open to sharing information.

“People in rural India are very courteous. That is the real India. They are very kind and there is immense amount of grace in whatever they do. They are very curious to learn as well. Whenever I have been in the field to discover their problems, I’ve always been drawn into a discussion by the people who wanted to know what I thought. But never have I faced any resistance,” she says. While Kota Neelima wants her words to make a difference, she knows change can be a very slow process and people can become very hopeful. She says, “My goal was to bring the stories of people who are in a crisis to light. In the field, you do generate a sense of hope — now that their stories are being brought to light, something might be done to help them. This is a very natural expectation. It is believed that their condition is so because probably the country is unaware. But I beg to differ. People in power and administration — those who can actually help these farmers and their  families — know of their conditions. These stories are not news to them. The unfortunate part is that policy makers and people in power despite being aware, don’t do much to help. The situation of farmers and their families does not affect them and that is the truth of India.”

But where does that leave one as a writer? She says, “However much you write, it might not have an impact. But that is never going to be a reason not to explore and tell stories from these dark corners of the country. This deliberate neglect also comes out in these stories. There is not a single story that does not show how the state has consistently ignored the pleas of help from these families. Every visit to the administration, costs the farmer money, it costs the state nothing. Yet they keep neglecting them.” She adds, “When a politician from these districts can drive through there in an SUV, wave at the people, stay there for two hours and go back to their comfortable homes in Mumbai, what hope do these people have?” 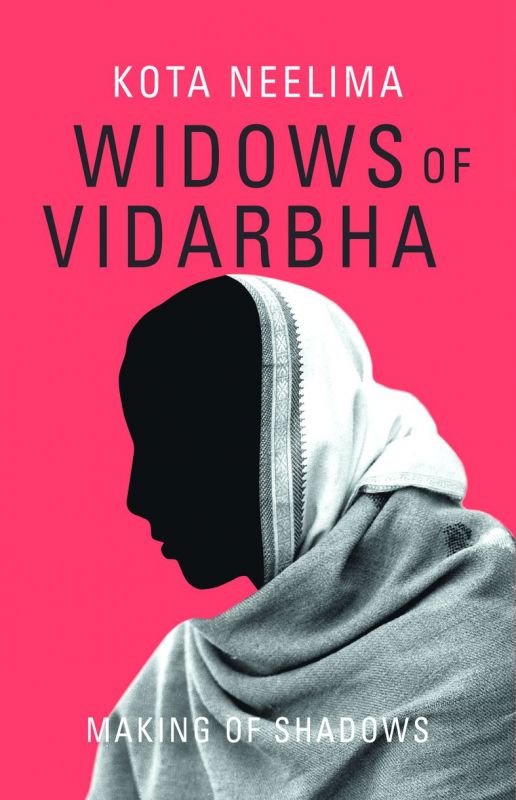 The written word once wielded much power, but now perhaps such messages speak loudest through different forms of new media. “Unless the larger nation doesn’t know about these stories, there will never be any change. It is important that there is pressure to tell stories that do not make it to the headlines. That has been my endeavour. The headlines have to be about the periphery, not the centre.” While as a writer, her natural instinct is to use the written word, she wants to tell her stories through different mediums to reach a larger number of people. “The main responsibility is to tell the story correctly,” she adds. Trying to impact the world through her work, this research work also impacted her personally. Remembering the kind of grief these families have endured and continue to live with, she says, “They have a lot of strength. It was also very weakening for me because I don’t think I have that kind of strength. I have to try to understand what it means to lose a family member to poverty and desperation. The rest of the country doesn’t have time to listen to their plight. It has been a difficult understanding for me to develop. Knowing them closely, I am getting to know how they think, how they forgive and even though they do not forget, how they go on to hope. There is even a sense of generosity, despite the poverty. I have not come across a single person in the villages who is not philosophical. There is an intrinsic Indian-ness to their spirituality and it has got nothing to do with any religion. Their natural spirituality has also influenced my artistic works.”

This book has changed the way she looks at life and happiness. “But the idea of a nation also changes once you see these cases. We are not just a nation of the rich who run out of the country when they default on loans. We are also a country of people who kill themselves if they can’t keep their word.” Asked if there is a certain expectation of financial assistance that comes with such research, she says the answer is not merely monetary. “Financial assistance is an important part of it but that is not all they need. The average size of the land they possess is very small, some don’t even own land. There is no irrigation, farmers are totally dependent on rains. In the 21st century, we are still in this kind of a state of underdevelopment when it comes to a small farmer. And it is not enough to tell the farmer that he has to be more market-oriented. All that advice is futile because when the farmer heads to his field everyday, he is working hard in the sun, waiting only for the rain. Neither for the government, nor for the political parties, nor for the ideological groups or the activists. He is just waiting for the rain. Is that where India should be today?”