Sports writers Jeff Benedict and Armen Keteyian have been consumed with Tiger Woods for three years. Riding the icon’s storms, towering over his exalted victories and profound anguish. They were in search of a portrait of a true, albeit reluctant American Idol — Tiger Woods. At the end of their laborious, intense three years of grueling search, they inadvertently did what most fans do — started dreaming of Tiger Woods, of course theirs was a different dreaming, thanks to the obsession of weaving together who Tiger Woods was, without judgement, opinion, unfraid to charter through rough waters that had never been breached before. Tiger Woods, the biography by the sports writers published by Simon and Schuster UK is a story of imperfections amidst the greatest of perfection, heroism amidst human foibles, the making of a genius, of the world’s greatest sports star Tiger Woods and his fall from grace. And in this, they had to be extremely bold and courageous. 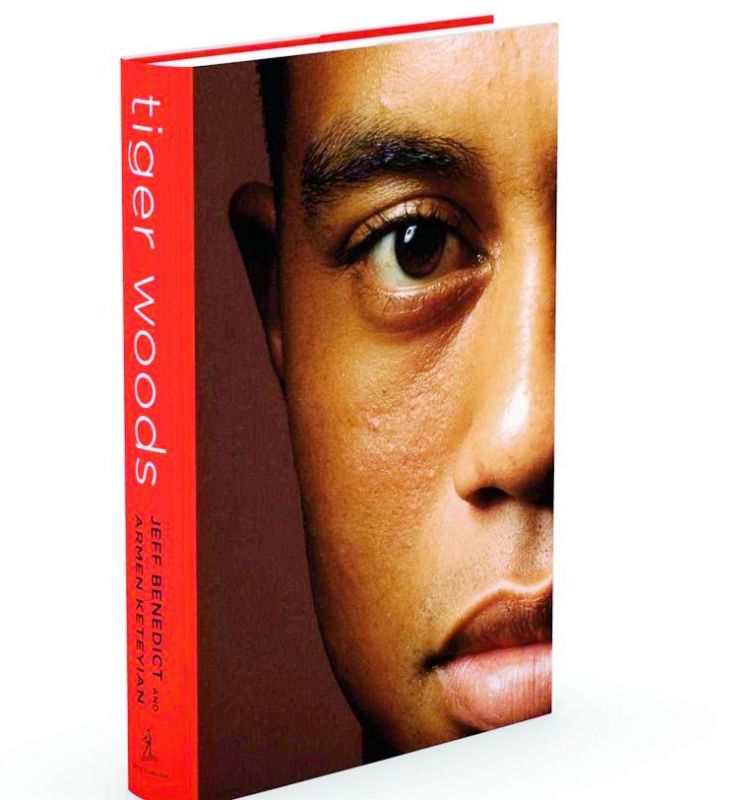 The acclaimed writers Armen and Jeff met over 20 years ago. Having worked on several projects together, the New York Times best-seller The System was most noteworthy. They found common ground and an irrepressible urge to tell Tiger Woods’ story.

“We spent a great deal of time discussing the tone. We did not want to be judgmental. Instead, we were driven to answer two questions: Who is Tiger Woods? And what is the price of genius? That was our mantra.”

Excerpt
A man both blessed and cursed by parents who found little in common outside of a desperate devotion to their son, a son whose own life now was, tragically, descending into a similar sense of desperation and sadness… as he finally reached perfection in the game. The man most responsible for this predicament was not there to shepherd his son through the sadness, nor was he there to witness the culmination of triumphs that ultimately emerged from the little boy who had started imitating his father by hitting balls in the garage as a toddler. Earl surely had his flaws, but he was nevertheless the one person Tiger looked to as a North Star. Now that star had disappeared, and Woods was indulging in his personal obsessions like never before, forcing him into an exhausting game of lying and covering up more and more to maintain his wholesome image. Tiger, more than anyone realised at the time, was living a lie.

The one thing that causes a dampener with biographies is the star refuses to be interviewed, which in this case was a given, considering how closed Tiger Woods was. Stitching facts together can be rife with conjecture… So was that difficult? “Difficult is a relative term. We spent the better part of the first year doing nothing but reading every thing on Tiger. More than 20 books, and thousands of pages of newspaper and magazine clips. We put together a massive timeline of his – and his parents’ — life. That allowed us to identify and find people we believed would open a window into some of the more unknown parts. Because of that and so much more, we felt we understood Tiger. Would we have liked to speak with him? Certainly. Given his history with the press, would we have learned anything new? Doubtful,” they add. Distrusting, extremely private, Wood’s life became an anathema of what he had tried so hard to keep hidden.

His de-addiction lets us in on his foibles, yet with no access to the star himself, one wonders how accurate it was? “Actually,  we spent an enormous amount of time getting that chapter right. Armen interviewed several sex addiction experts, read books on the subject and, most importantly, interviewed a patient treated in the Gratitude program at Pine Grove just weeks before Tiger entered.”

It is known that Tiger Woods, like most stars, has water-tight non-disclosure agreements with people that worked for him. For any biographer, piecing what is known and what is hidden without being speculative can be tough. Armen and Jeff answer, “The simple answers are time and hard work. We wanted three years precisely because we knew it would be difficult to find, and then convince some to trust us, at least enough to speak either on record or on background.”

Excerpt
“Don’t show up at the tournament tomorrow… you are just not welcomed.” Trembling, Dina handed the letter to her mother. None of it made sense. She hadn’t approached anyone in the stands. She’d avoided people. Royce could attest to that... They’d been together for almost four years! They were friends… “I’m so sorry. I’m not allowed to talk to you anymore.” Not allowed? Who said so? What was going on?

To get to know an icon, the people around him form the most decisive part of the story. With the biography, especially with regards to his first girl friend, the book speaks of a Tiger who finally had the courage to let someone in, and belong, which sadly did not last too long. It also showed how Tiger valued his parents’ views, and more importantly, how nothing would get between him and the game. “It’s simply one of the most heart-wrenching stories in the book. Told by the woman who experienced it. It speaks for itself,” say Jeff and Armen of this narration.

The book delves deeper into Tiger’s relationship with his parents, and even explores how his father’s control and influence created a ripple of nadirs. Not many have spoken about it out loud, and the writers agree that it was difficult, “We’re both parents. We also believe it’s one of, if not the most powerful theme of the book: How Tiger was programmed for greatness and the cost of that decision. It’s one of the reasons why the book has sold and resonated as it deals with so many human issues unrelated to sport.”

They had observed Tiger Woods on the circuit many times, so how close was this view, given that stars never show their true selves, especially someone like Tiger who protected his privacy irrevocably. “Our interactions with Tiger were limited to listening to him interact and observing him at PGA tournaments. Armen loves golf, that said, we didn’t go into our reporting with any pre-conceived ideas or attitude. We left the events of his life and our reporting to dictate the direction,” says Jeff. 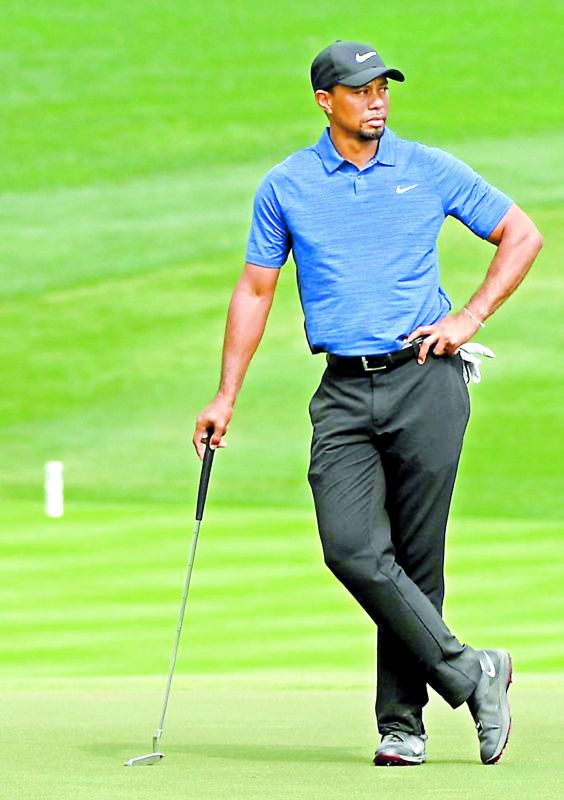 Their story speaks of a Tiger no one knew, the talented tot who watched his father hit shots in the garage, the shy and gauche teenager, and his remarkable talent, and how it alienated him from an ordinary upbringing. “It’s safe to say it (childhood) was star-crossed. On one hand, the love and guidance provided by his parents – you could argue Tiger’s programming – resulted in one of, if not the, greatest individual athletes in history. On the other hand, his ‘only child, lonely child’ existence created a person who, for much of his life, showed little appreciation or gratitude for others,” Armen says.

The story starts with a revelation, about an unmarked grave that was his father’s. Tranfixed about how that can be possible given how important he was, and his indelible influence, Earl’s philandering ways, and how he treated Kultida, Tiger’s mother consume the reader. The anguish of life is raw at many instances, be it when Elin, his former wife found out about his sexual addiction, and liaisons, or when he took to medication for pain to keep playing. Through the book, one empathises with this dysfunctional and very real turmoil and grief that resonates on many grounds. It tells harsh truths, does not cover it up or justify. “The most plausible answer for how Earl ended up buried in an unmarked grave can be found in the way he treated Tida, his wife. We believe it’s her way of getting the last word,” Armen adds. 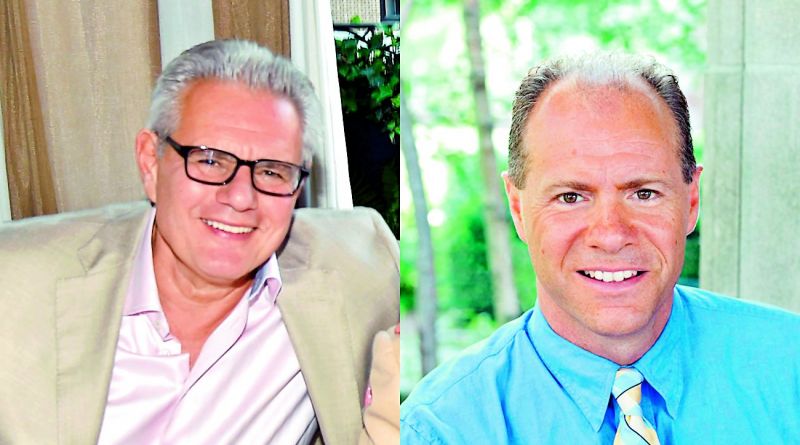 A lover of sports, though not an avid golf buff, for me the story transfixed me, as an eavesdropper on a life so talented and genius-like, and the travails of talent, fame and fortune that has seen many waylaid. Thankfully, Tiger returns. There is a Tiger Woods that stays with you, who is human, imperfect, tremendously self-absorbed, tremendously talented, yet cruel at times. Not one to look back once he has decided to out someone from his inner circle, the story is un-putdownable, and you are left dealing with a gamut of emotions — empathy, understanding, pity, and more. It tells of a prodigy who was called the best in the world, and his ungraciousness. Yet, all sport stars who follow solo sports are singlemindedness, determined, dogged and selfish. It’s what makes them achieve success, right? But Tiger’s self absorption was stark. “Absolutely. You could argue the same about Steve Jobs or Elon Musk. But there are degrees of self-absorption and what we tried to do – and did very successfully –  how Tiger’s single-minded obsession with winning affected not only his life but the life of those who crossed his path.”

They interviewd many, spent months on end agonising about the details of the story, and no biography is possible without the people that trusted them to tell a fair and accurate story, in this too, they thank Dina Gravell, Alicia O’Meara, John Merchant, Kel Devlin, Peggy Lewis, and many others whose names are nowhere to be found.

Armen as a top investigative reporter at Sports Illustrated and a network TV sports correspondent for over 30 years, has joined 60 Minutes. He has also written many books, among them is Rod Carew’s Art and Science of Hitting, Dikta: Monster of the Midway, Catfish: My life in Baseball, etc. On the other side of this tale lies Jeff Benedict, who has authoured 15 non-fictions books — The System — The Glory and Scandal of Big-Time College Football, My Name Used to be Muhammed: The true story of a Muslim who became a Christian (with Tito Momen), How to Build a Business Warren Buffet would buy: The RC Willey Story, etc. The longtime special features contributor to Sports Illustrated is onto two new books while Armen has something up his sleeve, but is “sworn to secrecy.”

Eldrick Tont Woods is back on the PGA tour, working hard, showing us glimpses of his genius once again, and one can only marvel at his dogged determination —  an apt time to read his biography that came out in early 2018 — about his mindboggling game, his perfection and ability, and how no matter how hard Tiger trained, he was ready for more. His faultless swing and sublime shots. About a star whose fall from grace has a poignancy, and his slow rise speaks of true victory. The writers themselves had no idea how the book would end, “Tiger’s health and return to the game was a gift from the golfing gods. Not just for us but the game as well,” they say.

The writers have woven a tale to show you who Woods is. They’ve left the decision to the reader, but when you know someone’s story, you empathise.

The most important parts were the times when life threw Woods into deep anguish… or how his golf and his life learned to co-exist with the toughest of lessons. Jeff and Armen conclude on theirs, “I think it’s safe to say we agree on the answer. More than any other work to date by the time you finish our book you understand who is Tiger Woods and you understand the price of genius.”