DECCAN CHRONICLE. | CRIS
Published Sep 4, 2016, 12:30 am IST
Updated Sep 4, 2016, 7:08 am IST
Critically acclaimed writer Shashi Warrier’s latest book is a satirical account of those who run the country, and the way it is run

The PM walks to his private parlour, a book in hand, a Scotch-and-soda waiting for him. The book called That Book was a secret copy, because he had been asked not to read it. The party president, before taking off to the US for a treatment, instructed him not to touch it and also to be careful with the Boy — her only son and future leader of the country. But there in that parlour, the PM finds Naresh Gupta, an ageing man going mad, and has evidence of a lot of dirty secrets about a lot of politicians. This scene, taken (not verbatim) from the first chapter of Shashi Warrier’s new book The Pillow Talk Movies, makes it pretty clear what the author is going to talk about, and how he is going to be obvious about it.

It is daring, he agrees, to not camouflage in anyway the political leaders he is referencing to. He says, “I realised this only when the book was out, and it was too late to do anything about it. So now I’ve got my cowardly fingers crossed.” There, you spot that wry sense of humour that comes in his writing and outside of it. And this book is a satire. The idea had come to him in a slow and long process of thinking. He traces it back to the real life story of Thaathri, a Namboodiri (upper caste) lady who became a prostitute, and nearly brought a king down when she was caught and tried. “The king got away because he was a king and he could — and did — stop the trial. I began to wonder what would have happened if Thaathri had come along a few decades later, in the democratic era. 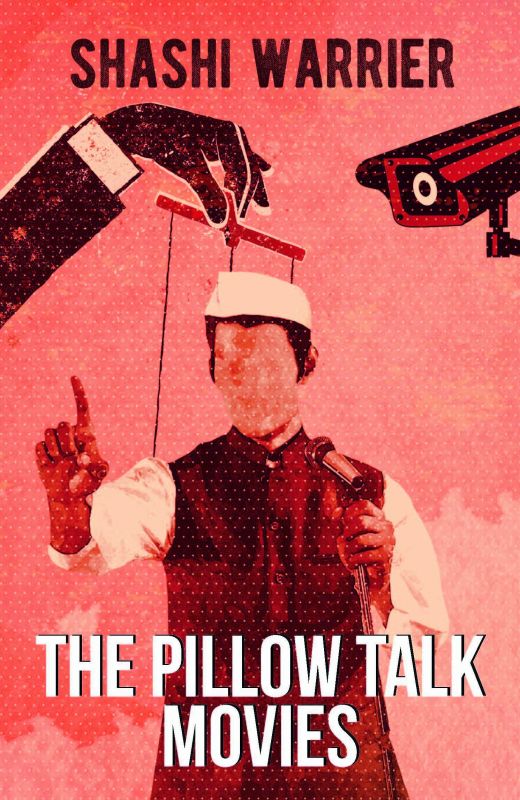 One thought led to another…” he says. He put Thaathri’s story in his preface. Shashi believes there is so much material for satire. “We take ourselves too seriously. It’s good to take a step back and laugh at yourself once in a while. I’ve always wanted to do something about that, so I developed this new motto: If you can’t lick ’em, poke fun at ’em! I have a bunch of old friends with whom I’ve been swapping insults these last thirty or forty years. That helps. But there’s one rule I found very useful in deciding what to keep and what to throw out: if you write about something you feel really bitter about, cut it out. Bile destroys humour, so keep it light,” he suggests.

He hadn’t always been a humour writer. Back in the 1990s Shashi had first wanted to write for children because he felt some of the best stories were told all wrong. So he created a magical continent of creatures fed up with humans. That became The Hidden Continent (“hidden by magic”). Suzy’s Gift became another book which has a princess and a Pinocchio-type lie-detector. Three thrillers followed — Night of the Krait, The Orphan, and Sniper. Once he was finished with that came his most famous work — Hangman’s Journal.

After that there was The Homecoming set in Kashmir, which had a lot of philosophy and sadness, and hence, it was hard. Two more thrillers followed — Noordin’s Gift, and The Girl Who Didn’t Give Up. Then came The Man Who Wouldn’t be God. But that’s just his books. If you rewind a little more, you will find a man who has got a Master’s in economics from BITS Pilani, working with a consultancy company and then drifting into computer software. In his last job, he was a CTO but it was terrible work, he says. So he took off to writing fiction instead. His wife Prita, a new author herself, is responsible for much of the prettiness in his life, he says. “Watched my parents die, within 36 hours of each other, after 66 years of marriage. Hope the missus and I go together, like they did,” adds the author.