I felt an inexplicable fear grip my heart. Had I lost Maia? Would she never want to see me again? The thought was so frightening that it made me unbuckle myself from the seat and stand in the aisle, breathing hard, feeling faint. Maia did not even notice that I had stood up with such abruptness. She continued to look out of the window at the night sky. Grief was a dangerous thing, it always looked for someone to blame and in this case I was hoping it wasn’t me. Director Vikram Bhatt goes beyond his quintessential twisted adult themes for his debut novel A Handful of Sunshine. It revolves around Veer and Maia, who are madly in love with each other, but are separated by a tragedy. When they meet years later, they decide to dump their respective lover/spouse and make a bid for happiness.

Known for his thriller and horror films like Raaz, 1920 and Haunted — 3D, Vikram says love symbolises pain for him. “When I think of love, I think of pain and not joy. I know that is not the way it’s supposed to be but it has been that way for me,” states the director who had an extra-marital affair with actress Sushmita Sen. He adds, “Love is the most elusive thing I know. Always an arm’s length away, teasing me and asking me to stretch a bit more and grab it. The more I stretched, the more it slipped away. Through those many slips comes my book, A Handful of Sunshine.” A fictionalised story inspired by his personal experience, the book talks about the choices one makes when love gives a second chance. He says, “The book isn’t autobiographical but a fictionalised version of some things that I have gone through. It’s not a point-to-point kind of representation of what I went through. A lot of it is fiction. It’s based on a few people I know, but not all based on real incidences.” 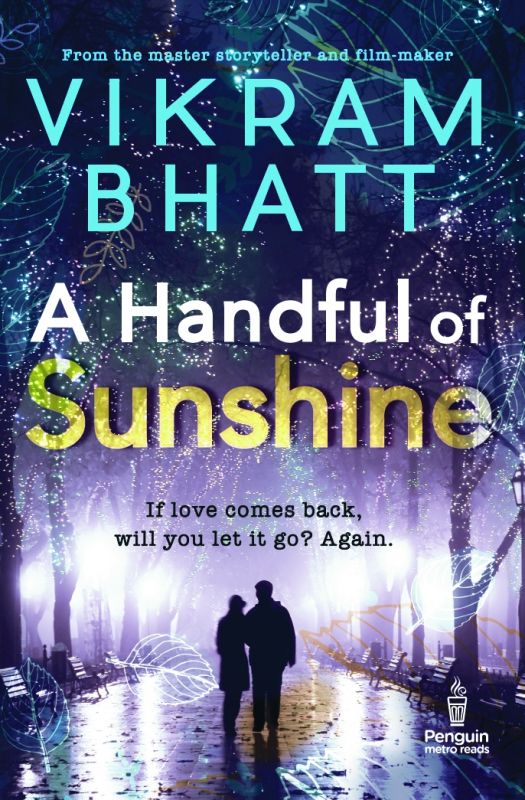 Vikram’s writing is extremely visual and arresting and forms an immediately connect with the reader. About his style of writing, he says, “Whoever has read my book has said that it is very visual. They can almost see the characters taking their decisions, working through their problems. All this I believe comes from being a director. A visual connect is very important for me.” Talking about what made him write a novel, he says, “I always wanted to write but was scared if people would like to read my stories or not. So, I started writing short stories on my Facebook page, the response was amazing. People started writing to me stating that they are eagerly waiting for more stories from my side. Their encouragement is what gave me the strength to write a full-length book and send my draft to Penguin.”

Though the response has been positive, Vikram has no plans to turn the story into a film. He shares that it’s a definite ‘no’ as it’s too close to his heart to be turned into a film. The director-turned author states, “The book was an emotional exercise. It opened a side of me that I had kept hidden even from myself. There was a pain in me that I never knew I had. I don’t know if I’ve achieved catharsis with this book but it did feel like bleeding on paper.” Ask him if being typecast bothers him, and he says, “I make horror films because I see a lot of unexplored potential in that segment.” He adds, “I wrote a romantic novel because I believe I could visually do justice to the story in comparison to a romantic film. To make a film in the romantic genre you need a big star-cast like Shah Rukh Khan or Salman Khan to attract the audience, unlike the horror genre where the audience is coming purely to watch the story and experience the thrill they achieve while watching it,” Vikram concludes.