Retired Justice Markandey Katju’s latest book, The Shape of Things to Come, may just be a cog in the wheel of change envisioned by him. However, it is much more than a collection of essays — it is a realist’s expression of optimism.

Wherever retired Justice Markandey Katju treads, controversy follows. From the hallowed portals of the Supreme Court, to the explosive presence he has created online — here is a man not afraid to speak his mind. Some consider him insensitive, others label him as a provocateur, yet others think he always spews negatively. But, then again, such is the bane of being someone who simply holds a mirror to society. On this, in true Katju fashion, he comments, “Many people say I am negative, I only criticise. My reply is — yes, I am often very critical, but so were Voltaire and Rousseau. There is no construction without destruction. Much of the feudal intellectual filth that still persists in India has to be swept away, and the ‘gobar’ which is in the heads of most Indians, has to be replaced by brains, and that is what I have been doing for long.”

And how does Justice Katju propose to go about this, his own version of — if this correspondent may say so — Swachh Bharat Mission? Well, in the manner he always has — earlier, using his gavel, and now, using his pen, but in either case, through the tools of judgment, fact and opinion. Consider his latest book, The Shape of Things to Come, an effort in that direction. But what exactly is it about? A part of the answer lies in its title subhead, which states ‘An impassioned view’. Here lie dozens of essays, filled with passion and emotion, divided across broad topics like ‘What is India’, ‘Where we are, where we should go’, ‘Sanskrit’, and ‘Gender issues’ — each including essays penned with the Justice’s blunt nib, barely deviating from the quintessential Katju style of communication. If you are his fan, you will love the book. If you are not, you just won’t. Just like you react to his Facebook posts, or talk about him to your friends.

Take, for instance, page 177, where Justice Katju, in his essay entitled ‘LGBT Activism’ writes, “The major problems in the world are poverty, unemployment, malnourishment, lack of healthcare and good education. The clamour for gay rights is, in my opinion, a situation where we often find our attention diverted by an overemphasis on issues that, while important, cannot take up the entire space for social issues.” This correspondent disagrees with the viewpoint presented here, but that’s the beauty of Katju’s writing — there’s a lot to agree with, and there’s a lot to disagree with. In either case, it is contributing to an important intellectual discourse, of which this book is simply a vehicle.

But what intellectual discourse is this? Well, it stems from Katju’s belief that India is in utter shambles. He says, “The truth is that everything has collapsed in India, our state institutions have become hollow and empty shells, while the people’s distress is growing.”

After elaborating on some other problems, he continues, “Casteism and communalism are feudal forces, which have to be destroyed if India is to progress, but parliamentary democracy further entrenches them. So it has to be replaced by another system of government under which India rapidly develops, and this is possible only by a mighty people’s revolution, led by patriotic, self-effacing, modern-minded leaders who are determined to rapidly industrialise the country.” 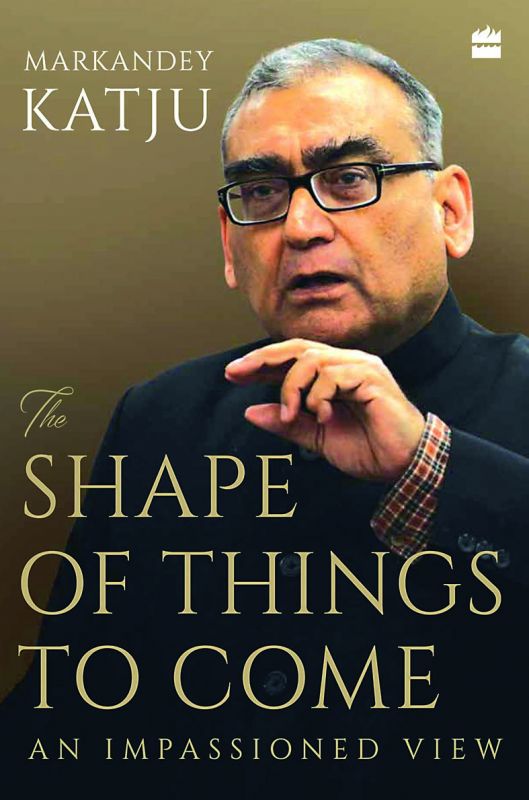 Such a discourse will help structure the revolution that is yet to arrive, and Katju considers himself a driver of the same. “The idea of a revolution, which alone can create a prosperous highly developed India, is an idea whose time has come, and I intend to guide the Indian people in this great historical task,” he continues.

Of course, he speaks of a path that is barely seamless. Katju opines, “There are powerful vested interests, internal and external, which will fiercely oppose changing the status quo in India, and are horrified by even hearing the word ‘revolution’. So they will oppose my ideas, and one way of doing so is not to publish what I write. For instance, hardly any leading English or Hindi newspaper publishes my articles (often they are not even acknowledged when I send them). So I get them published in some portals (though even there many refuse to publish them). But this does not bother me. New ideas often horrify and shock people, who are conservative and strongly oppose them.”

While Justice Katju has nicely delineated the path for India, he identifies poverty in the post-industrialisation world to be a major global concern. He explains, “(after the Industrial Revolution) modern industry is so powerful and so big that enough wealth can be generated to give everyone a decent life. In other words, now no one need be poor. This being the situation, the poor people of the world (who comprise 75-80 per cent of the world's population) naturally demand decent lives, and they are justified in doing so. The 21st century will therefore witness struggles by the poor people of the world for decent lives, which means revolutions in the underdeveloped countries.”

Such a vast repository of thoughts and aspirations are coming from the 73-year-old while he is staying in Fremont, California, with relatives. On his life there, he comments, “Much of my time is spent in writing my articles, which are bombardments on the stupid feudal backward beliefs in India (e.g. that a cow is a ‘gomata’, something to be venerated, and that beef eating is wicked). I also go for regular walks in this paradise-like environment, with hills around and air with a lot of oxygen in it.”

Indeed, it is nice to see that one of the individuals who are shouldering the future of the country, can take a minute to relax and smell the wind of change.