According to the World Toilet Organisation, a person is reportedly said to spend about three years of his life in the bathroom! Toilets are a necessity but people do not usually put toilets and luxury together. Yet, there are exceptions to this. Some people do everything in style and this includes taking a leak or dump in precious metal! These people take the word “throne” quite literally as they are willing to spend big bucks on toilets that can burn pockets quite deep. Here are a few examples of the most expensive thrones!

The Hang Fung Gold Toilet: $ 5 million
Owned by the Han Fund Gold Technology, The Hang Fung Gold Toilet is a 24 carat solid gold toilet that is coated with gems. All elements surrounding the gold toilet like the doors, tiles etc are made of gold too. This bathroom is the brainchild of jeweller Lam Sai-Wing. The lavatory has automatic flushing but it is off limits for tourists.

Dagobert, Wooden Toiled Throne: $14,123
Who knows about luxury and opulence better than the royals? The Dagobert was named after the last ruler of the Merovingian dynasty, King Dagobert. This five-foot tall toilet looks more like a throne than a toilet. Although the Dagobert may not be as high-tech as the others on this list, it still has its own air of opulence with music, candleholder and ashtray. 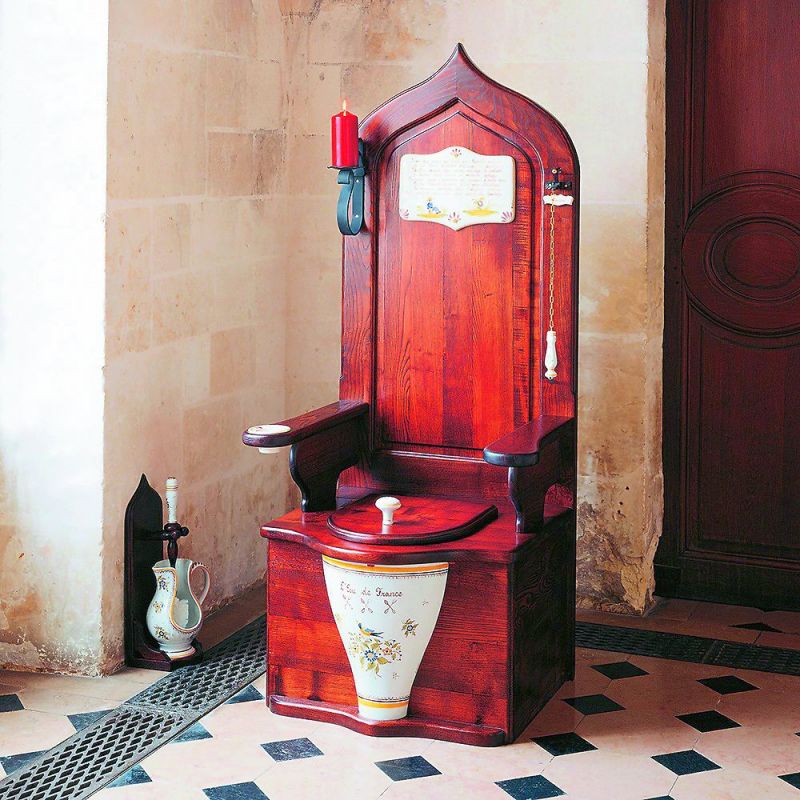 Kim and Kanye West Gold Plated Toilet: $750,000
Hollywood star couple Kim Kardashian and Kanye West splurged almost $11 million on their Bel Air mansion. Reports suggested that the reality star and her rapper husband spent a whopping $750,000 on four gold-plated toilets for their home. They have with this pricey toilet joined the list of celebrities and royals who have gold-plated plumbing! 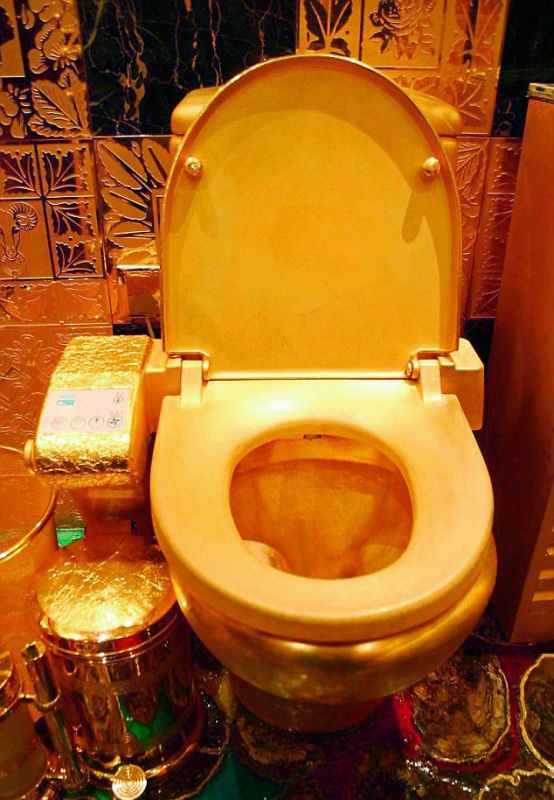 The International Space Station Toilet: $19 million
The world’s most expensive toilet is not even on the planet, but in the NASA space station. It costs a whopping 19 million which NASA spent on this space potty. Zero gravity is really bugger when you have to go immediately and the space station toilet helps keep you in position with leg braces while the systems use fans to suck everything into a septic tank! 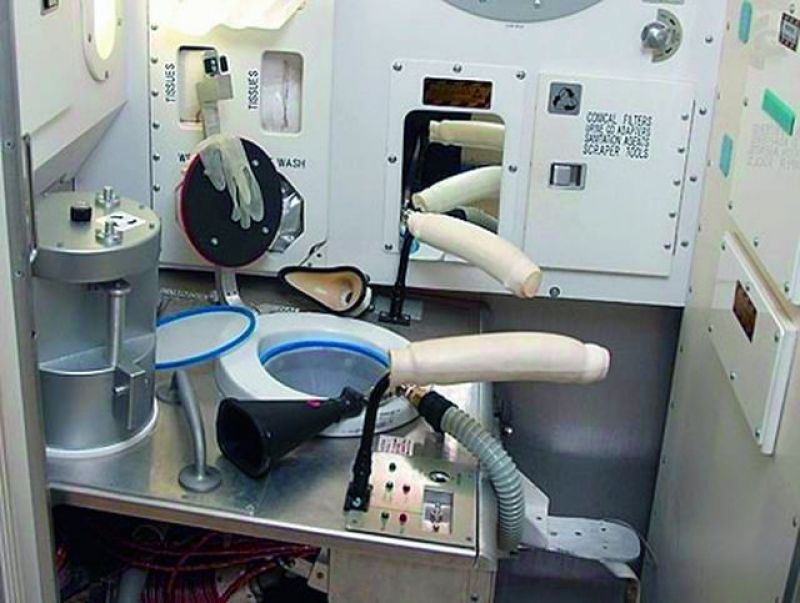 Swaroski’s Studded Toilet: $128,000
Displayed Tokyo, this Swaroski-studded toilet is said to be covered with over 72,000 pieces of Swaroski crystals. 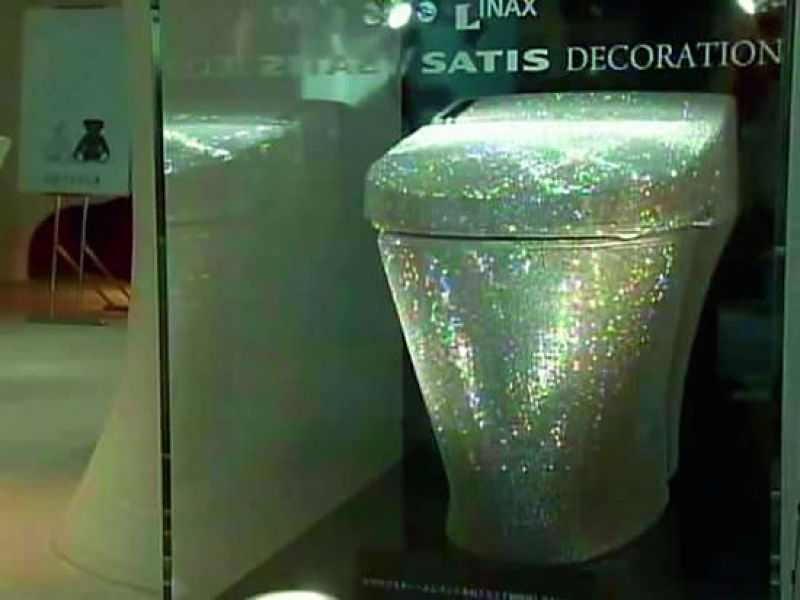 Although this crystal-studded toilet is not for sale, the potty is estimated to cost around $128,000. Taking over a month to complete, this toilet screams luxury in every angle.