Where to draw the line?

While Vidya Balan was praised for playing Silk Smitha in the movie The Dirty Picture, many raised eyebrows for the item song Ooh La La.

In the thick of the #MeToo movement, Katrina Kaif who famously sent temperatures soaring with her Sheila ki Jawani and Chikni

Chameli item numbers, got  into item mode again in Vijay Krishna Acharya’s Thugs Of Hindostan. Her only function in the plot seemed to be to make men leer. Distressing, when you consider what the king leerers of Bollywood are going through. But, as Katrina argues, someone has got to do the ‘ditty’ job. So, is it time to  put a lid on the notorious item song of Bollywood that objectifies women? 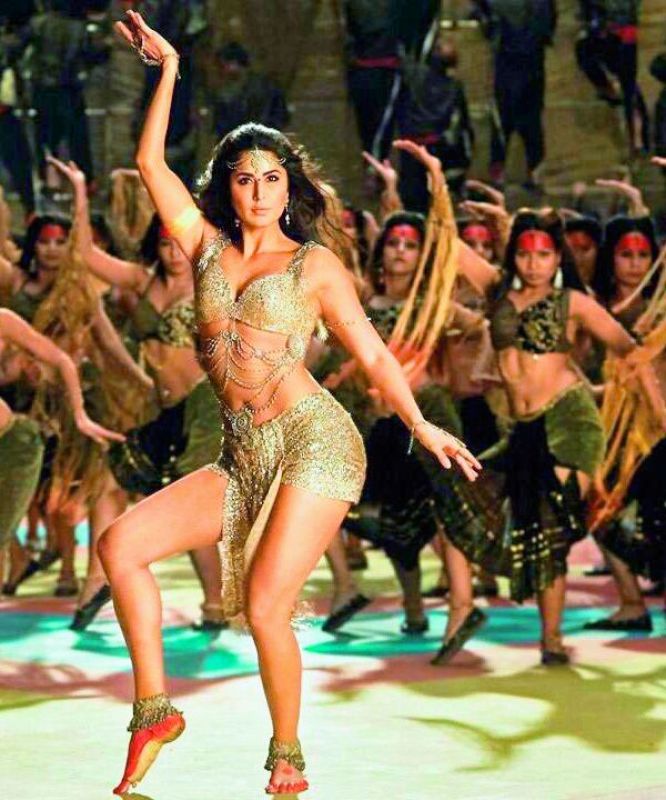 Actress Katrina Kaif was criticised by many for her item numbers in the movie Thugs Of Hindostan.

Shabana Azmi, who has long been vocal about the issue, feels radical changes are needed. The activist-actress says, “Today’s so-called item numbers are downright crass. I am not talking about moral policing here. Cinema is about images. Fragmented images of a woman’s heaving bosom, swivelling navel and swinging hips rob her of all autonomy and make her an object of male lust.

Voyeuristic camera angles and vulgar lyrics do not celebrate a woman’s sensuality, they demean her. When women are commodified and objectified in films and advertisements, they debase themselves and counter the work that the women’s movement has been doing for decades in creating positive images of women. It’s time our heroines exercised some discretion in choices that they make in their desire for the hit item-number.” 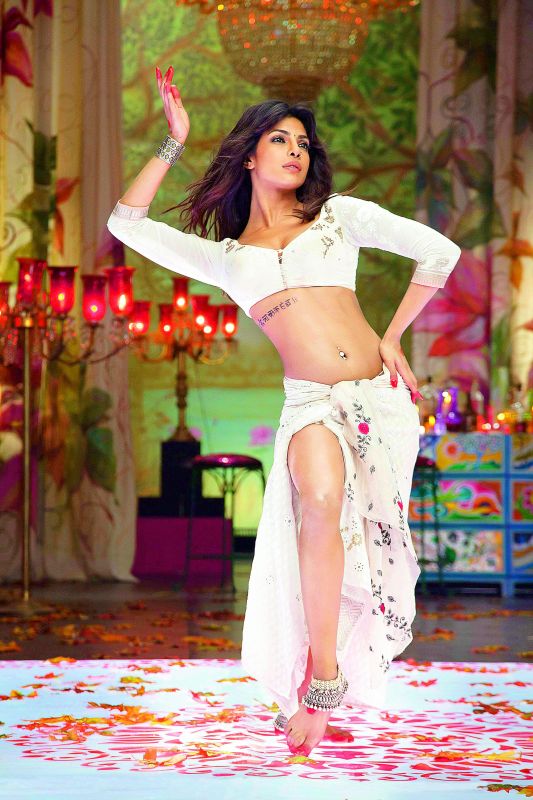 Actress-filmmaker Soni Razdan says, “Women as objects of desire have been around for decades from Marlene Dietrich to Marilyn Monroe to Meena Kumari to Rekha. The celebration of sexuality is a natural impulse. To ban or suppress it would have even more damaging consequences. What is required is a more liberal attitude and less secrecy around the topic of sex. The less hypocrisy surrounding sex, the more  mature our society will become.” Ila Bedi, granddaughter of the legendary littérateur Rajinder Singh Bedi and daughter of the prolific 1970s director Narender Bedi (of Rafoo Chakkar and Jawani Diwani fame), feels item songs are a definite provocation. “Chikni Chameli, Sheila ki Jawani and Ooh La La are aimed at providing cheap thrills. Gone are the days when heroines were described as Chaudhvi ka Chand and Shabnam ka Katra.

They call themselves tandoori chicken, fish fry and other edibles, so why would men respect them?”

Internationally renowned actress Tannishtha Chatterjee feels that the crisis of feminine commodification has gone from bad to worse. “Bollywood doesn’t treat women with dignity. Having said that, I insist no moral policing should happen. But we as artistes should not carry on with the heaving and thrusting as things that audiences want.” 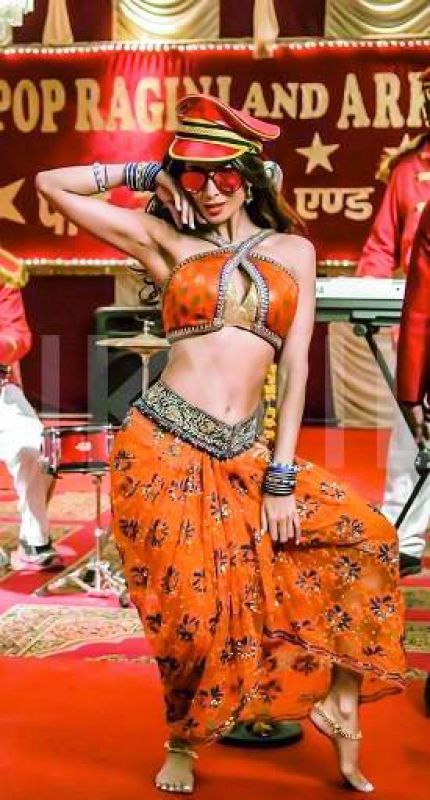 Mallaika Arora has been a part of many raunchy item songs such as Anarkali Disco Chali, Munni Badnaam Hui, and more recently Fashion Khatam Mujhpe.

Filmmaker Reema Kagti who portrayed Rani Mukherjee and Kareena Kapoor as strong, assertive women in Talaash, admits, “Songs definitely do their fair share of commodification, but to me, the overall misrepresentation of women in our films is a bigger problem. Writers and directors need to get more sensitive. They need to understand women better before portraying them.”

Tanuja Chandra, whose film Dushman, starring Kajol, dealt with rape, feels cinema must take the blame for the way the country looks at women. “Art cannot really change society, but it plays a role in forming opinions, attitudes and perceptions. Even if films are just a reflection of society, they must question the prevalent perceptions in society.”

However, lyricist Prasoon Joshi feels it’s simplistic to blame Hindi films and songs. “Yes, there are some songs and scenes where restraint could have been exercised, but it all depends on the intention of the director and the choreographer. If the intent of the filmmaker/writer isn’t titillation but a certain portrayal of the character’s motivation, then it cannot be considered wrong.”
Divya Dutta adds, “I basically blame repressed societal mindsets for looking at women in a particular way. The lyrics in popular item numbers are a big turn-on. Ideally, they could be toned down to bring down the suggestive element. But even if item songs are titillating, we must not forget they are sheer entertainment and should be treated as such. I certainly don’t think our item songs provoke people to commit crimes against women.”

However, Kabir Bedi feels sex appeal has always been a staple diet for films. “Why point fingers now?” he asks, adding that men too are commodified. “Handsome hunks are taking off their shirts all the time. Bollywood has its own style of entertainment. It needs to do some rethinking on the question of molestation, or else in this climate of censure, the CBFC may soon demand disclaimers saying, ‘Everything you see is entertainment. Do not imitate in real life’.”

Men, too, are objectified

Filmmaker and industry spokesperson Ashok Pandit objects to the word commodification. “If a heroine exposes her body, so does the hero in this era of six-packs. Film stars are in the business of physical beauty. We showcase it. We don’t sell it. If a working woman wears makeup to office it doesn’t mean she is commodifying herself for the men at her workplace. The same goes for actresses. Whether an actor or an actress, it is the era of commodification, if that’s what you want to call it,” he says.

Sharmila Tagore feels sexy song sequences are not the only problem. “Many sexist dialogues are delivered by men in our films. Habib Faisal’s Ishaqzaade is in my opinion a highly sexist film and no one spoke about that. Most certainly, we must criticise sexism. Women can be commodified even in a wedding sequence. And why single out women? Even men are being commodified. And women are commodified in endorsements and advertisements even when they are clothed from head to toe. A woman is free to say yes or no to the way she’s projected. But we don’t know what the compulsions are for what girls do on screen. Sometimes they’re too young and naïve to know where the camera is placed and how they’re captured.”

Astutely Sharmila reminds us that we have a tradition of raunchy songs. “Those ched-chad numbers are a part of Indian weddings where women sing naughty lines. In Vidhu Vinod Chopra’s Parineeta, there was one such song. And, it was fun. There was nothing vulgar about it. In Vicky Donor, the idea of an Aryan baby-boy through artificial insemination is enforced. Isn’t that very sexist? So why pick on item numbers for special censure? Item numbers are part of a larger picture. We must focus on the entire issue rather than just one part of it. Every item song is not vulgar. A conclusive consensus on what is obscene and what is to not, is not possible. Women are not volunteering to do these songs. They are an indication of the patriarchal construction. If an actress says yes to an item song she doesn’t become unworthy of respect.”

Sharmilaji feels it’s wrong to focus on women alone for being objectified. “If a woman enjoys doing a certain thing on screen it’s her prerogative. You don’t have to go and see her. Why be judgemental about it? Men do a lot of vulgar dances. I recall some of Govinda’s dance movements. But they were not condemned at all. But if a woman does it she is looked down upon. These are double standards. In Subhash Ghai’s Khalnaayak, when Madhuri and Neena Gupta danced to Choli ke peeche, they were censured. But later in the film when Sanjay Dutt and his friends are mimicking the dance movements nobody raised an eyebrow. In Vishal Bharadwaj’s Omkara, no one seemed to have a problem with Saif using expletives. But when Konkona Sen-Sharma used the same words, people were shocked. Why do we expect women’s morals to be on higher plane than the men’s? Women have to wear overcoats and protect themselves from the male gaze while men can wear whatever they like. These moral values do not resonate with today’s times. I am not exonerating sexism, or the songs of Yo Yo Honey Singh. All I am saying is, we need to revisit these values applied to men and women and not just pass judgement on an  adhoc basis”.