The royal family of Sailana is a branch of the Rathore house, cadets of the Royal House of Jodhpur. The state owes its origins to the jagir created for Raja Jai Singh, the great-grandson of Ratan Singh of Ratlam, in 1716. He subsequently annexed further territories in the region and established himself as an independent ruler in 1731. Sailana was made the capital of the Sailana State in 1736, a princely state during the British Raj. In 1867, the principality ranked as an eleven-gun state.

In the days of the Raj, the Sailana dynasty was famous for its hospitality, cuisine and wine. The culinary culture dates back to three generations of master culinary expert Raja Sir Dilip Singh who passed on his legacy to his son Raja Sir Digivijay Singh, whose legacy has now been passed to Raja Vikram Singh.

Unlike other royal houses, Sailana is unusual, as the maharajas did not leave it to their cooks to come up with dishes, to be served at banquets, but actually cooked themselves. Cooking started as a hobby for the late Maharaja Dilip Singh of Sailana who went on to start a a whole gharana of cooking.

It soon became a passion with the rulers of Sailana. Over the years, the recipes were collected and evolved, improvised with zest. Some of the recipes date back to Mughal emperor Shah Jahan. These recipes were translated from Urdu and Sanskrit scripts. There were recipes that were picked and improvised by everyone from the royalty to banjaras.

The chests of recipes were a closely guarded secret. Not even the daughters of the house had access to them. Not until late Maharaja Digvijay Singh, son of Maharaja Dilip Singh, decided to share the treasure trove with the world, in the form of his book, The cooking delights of the Maharajas in 1983. Ever since, Sailana recipes started appearing on menus all over India and home cooks started treating the book as their Bible.

Method
Boil green grams in about two cups of water. When tender, dry up the water and grind the grams very finely.
In a kadhai, heat ghee. Add wheat flour and sauté till golden colour. Add grams and cook on low fire, stirring regularly.
When the mixture stops sticking at the bottom of the kadhai, add milk and stir.
When milk dries up, add sugar. When thick and begins to come off the sides of the kadhai, remove from fire. 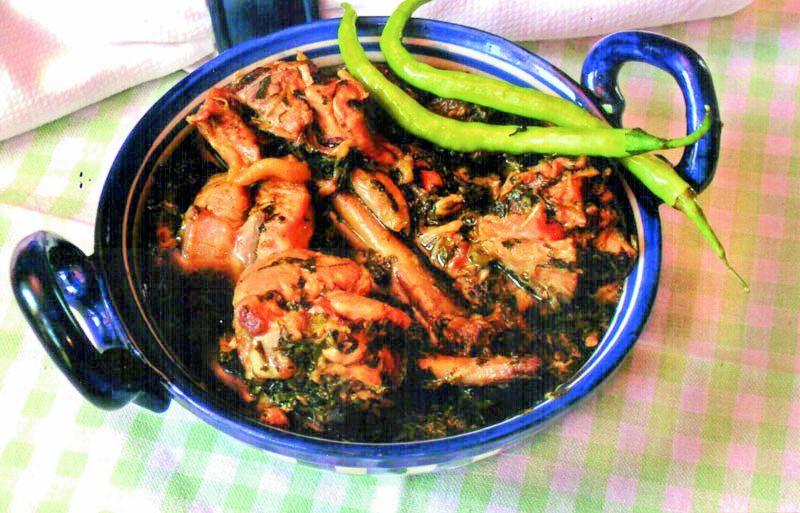 Method
Skin the fish, remove bones and cut into pieces. Put it in a colander or sieve. Place it on a utensil containing so much water that it should not come upto the level of colander for atleast 25-30 minutes. This is done to make the fish tender. Remove and mash it thoroughly with hands.
Add mustard, salt, red chillies, ginger, garlic, cumin seeds, peppercorns, cloves, mint leaves and eggs and mix well.
Heat some mustard oil and fry onions till golden brown. Remove and add to the fish.
Divide into 12 equal parts; flatten while wetting hands with little water to give the kababs a smooth and even shape. In the same oil, fry kababs on low heat till well browned.

Note: Grind mustard with water and mix it with salt. Keep it for 12 hours before cooking. 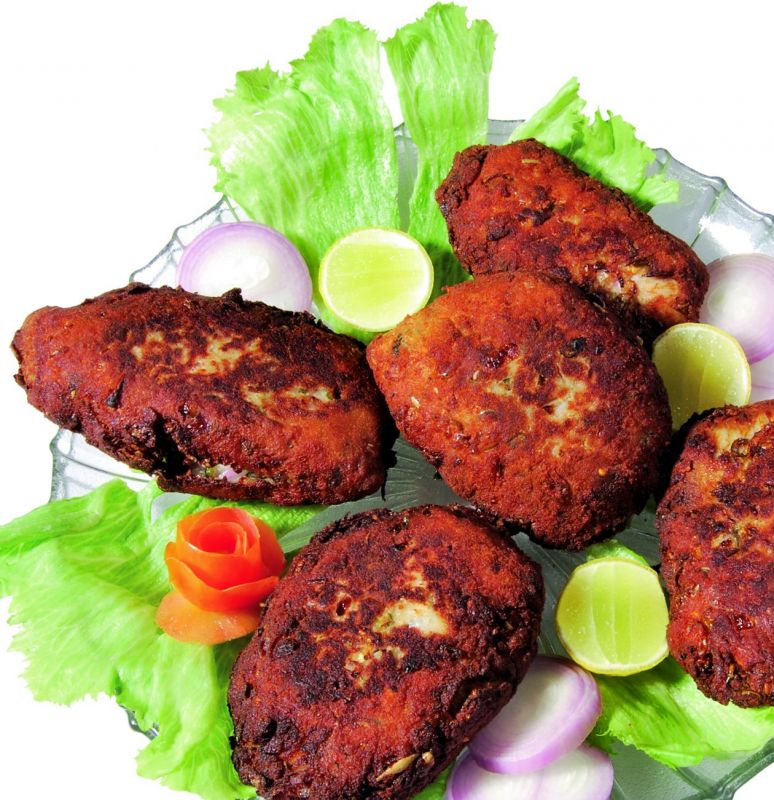 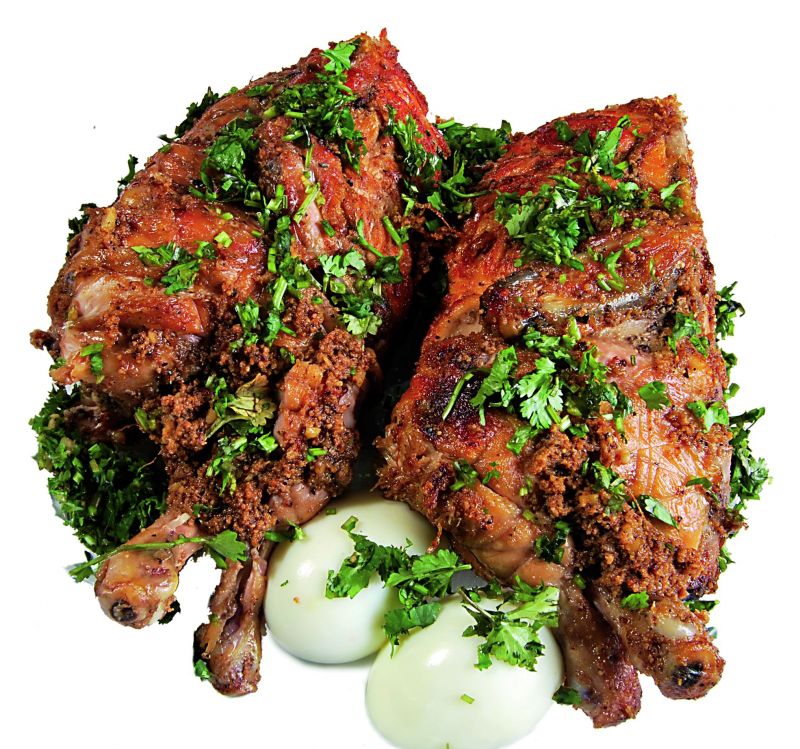 Goolar is the Indian wild fig. As the name  suggests, these kebabs resemble the goolar fruit.

Flatten each part of the meat and place one part of the stuffing in its centre and shape it into a ball, with slightly wet hands to give kebabs a smooth and even shape. Dip the kebabs into the beaten egg and roll in poppy seeds to give an even coating. Heat ghee in a frying pan and deep fry the kebabs, 6-7 at a time, on medium heat till golden brown.

Not only were the masalas chosen with great care but even the names of the recipes were either inspired by appearance, taste or ingredients. Rashmi means ‘soft and silky.’ When this dish was perfected and served in one of the banquets, the guests remarked, “Wah kitni rashmi hai”. Thus, the biryani got its name ‘Rashmi’ biryani.

Heat ghee in a kadhai. Add meat along with curd, salt, red chillies, ginger and asafoetida. When liquids dry up, lightly brown the meat.
Add the remaining ingredients, except rice, and let it simmer on low heat till water dries up completely and only ghee remains.
Wash and soak the rice in deep water for an hour. Boil it in water with salt. When cooked, drain in a sieve or colander. Spread it in a wide dish and allow it to cool. Divide the cooked rice in four parts. Grease the bottom and the sides of a heavy bottomed pan with ghee. Spread one part of rice evenly. Add kewada water to the milk and sprinkle it over the rice. Spread half of the meat over the rice. Cover it with two more parts of rice and spread the remaining meat and rice similarly.
Cover the pan and put it on medium fire to form steam. As soon as steam rises, put on dum cooking for half an hour. Serve hot.

Whenever a new recipe came into existence, a name was selected. Everyone present during the cooking session was asked to comment on the dish and suggest a name. Someone suggested Mumtaz Mahal because she being a symbol of love, this dish was created out of love for cooking.