The wind keeps blowing the clouds and the lighting changes every minute rendering the same ice grey, white and blue

There’s a beauty so stunningly stark and soulfully pristine that it fills one’s senses and hushes words into silence. Raw, untouched, beguiling, Patagonia is a captivating landscape that unfolds seamlessly from vast stretches of steppes in shades of ochre and burnt sienna to the mighty, rugged Andes that look like sentinels cradling vast swathes of glaciers. At the foothills of the mountains, alpine trees and pretty wildflowers sway to the breeze. High up in the craggy reaches are nimble-footed guanacos (llama origin), while the occasional white swans with black necks and rheas (ostrich family) waddle past. What remain elusive are the pumas and the condor. 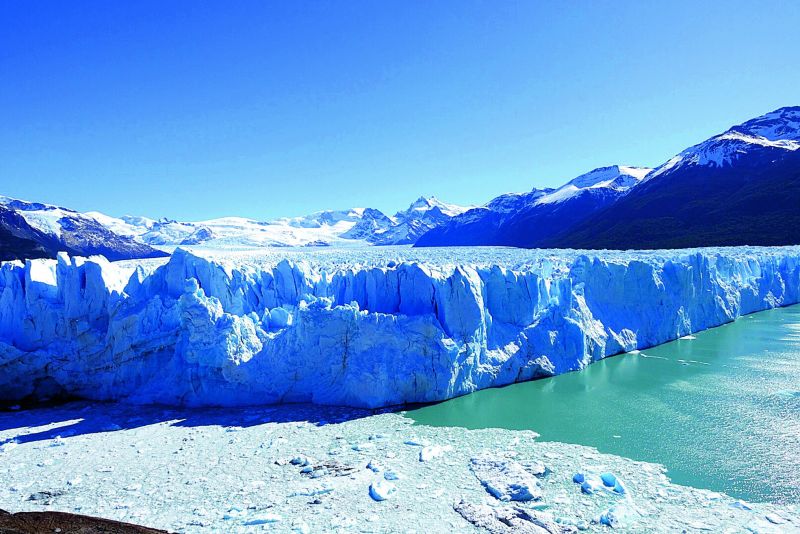 Stay in camps and trek the Torres de Paine national park in Chile side of Patagonia to spot them. Nothing you have seen or read prepares you for the sheer scale of beauty of the region that stretches from Argentina to Chile. The aim and shoot camera captured some beautiful shots as you just can’t go wrong with such magnificence. Interestingly, the wind keeps blowing the clouds and the lighting changes every minute rendering the same ice grey, white and blue and the water blue, green and grey! According to the guide, the lakes are green when they are oxygen rich and fed directly by the glaciers and some white coloured stones in water are alive and undergoing photosynthesis. 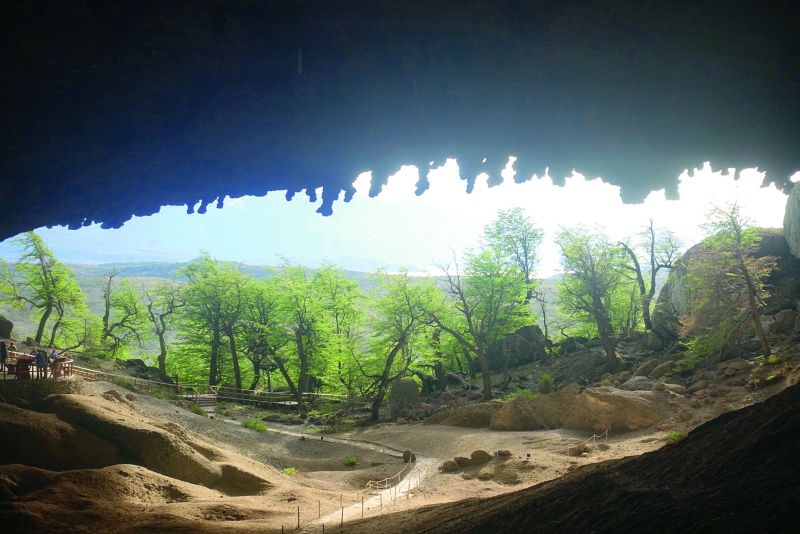 That is science trying to explain some of the magic that is Patagonia. One advice: do not shut your eye even for a moment as you soak in the spectacular vistas of incredible blue and green lakes and snow-capped mountains around you. For those searching for the creator in temples and churches and mosques, one can only ask them to visit Patagonia. Patagonia can only be a calling. Many consider Perito Moreno, one of the few growing glaciers, the 8th wonder of the world! Frankly, it makes the other seven wonders pale into insignificance. 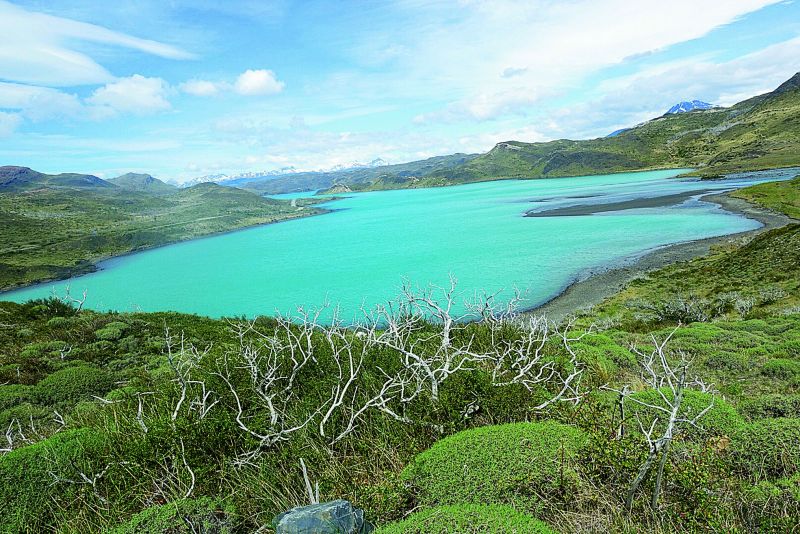 The glacier at the world heritage Los Glaciers Nacional Parque in Argentina is 5 kms wide, covers 250 sq kms and is 240 feet above Lake Argentina and 558 feet below it! Yes, it is enormous! Argentina allows you a mini trek and a five-hour trek on the glacier with cleats. The mini trek ended with a glass of whisky chilled on glacier ice! For those not keen on a trek, there is the cruise or the balcony built to view the massive glacier. As you stand in the balcony, the sounds remind you of Diwali back home as the ice crackles and breaks. Nature has a way of balancing itself. This glacier grows at 7 feet a day but loses just as much every day. 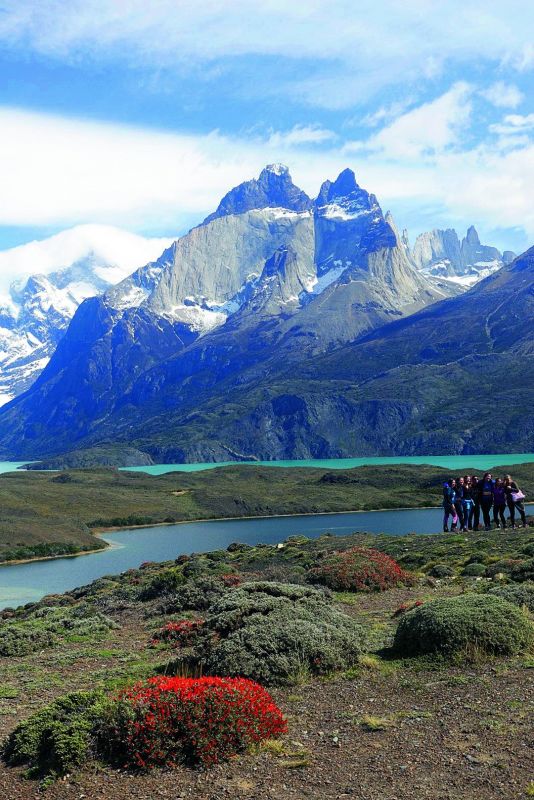 Perito Moreno is only one of the 48 glaciers that are the remnants of the ice age that once covered the whole of Argentina and Chile. Patagonia is just 600 odd miles away from Antarctica. Almost all of Patagonia once belonged to Chile but Argentina in an effort to establish its dominance over Patagonia entered into a conquest of the desert when Chile was fighting the war of the Pacific with Peru and Bolivia. Chile had little choice but to sign a treaty with Argentina that allowed it to retain the Megallan channel named after the explorer who discovered it. 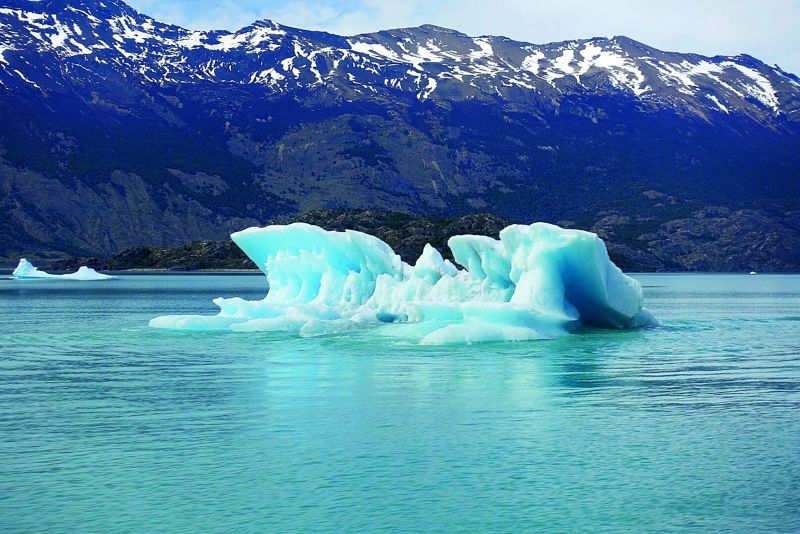 It was Ferdinand Megallan who described the Tehulche tribe who inhabited this region as Patagones. The meaning could be ‘large feet’ as this tribe was known to be large built, or the more mean reference to patagone — a mythical monster-faced dog in a Spanish romantic novel! This desert war opened up the pampas to the first Scot and English settlers from Falklands in search of more agricultural land. Then came the rest of Europe! The ranches that breed the best sheep in the world that produce merino wool are built in a style that tell you which part of Europe they came from.

Some of these ranches offer you a stay, horseback rides through Patagonia or just a lunch of their select cattle with some of the best wines from the region. Patagonia is called the end of the world as it is the southern end of the world. But is more apt as it was the end of the world for the original indigenous tribes — dead in combat or due to diseases brought in by Europeans. Thinly inhabited Patagonia is also one of the few places in the world which reminds us how beautiful this world was — and how we are surely hurtling towards the end.