2016: Arial image was taken from a sea plane over Dubai.

After years of running around courtrooms and sites of accidents and bomb blasts, Sameer Mangtani realised that while his job had the right amount of commotion and chaos, there was one essential ingredient missing— an emotional connect. “It was while I was working for The Week magazine that I figured out news reporting was not my cup of tea. It’s very extempore and you have to be on your toes 24x7,” says Sameer. Soon after his epiphany, the photojournalist quit his job, took a leap of faith and embarked on a journey of capturing portraits. Since then, there’s been no looking back for him. 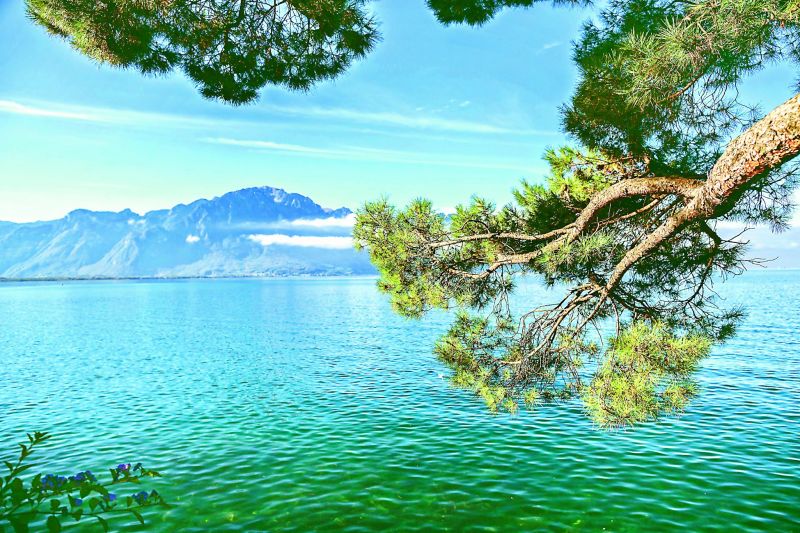 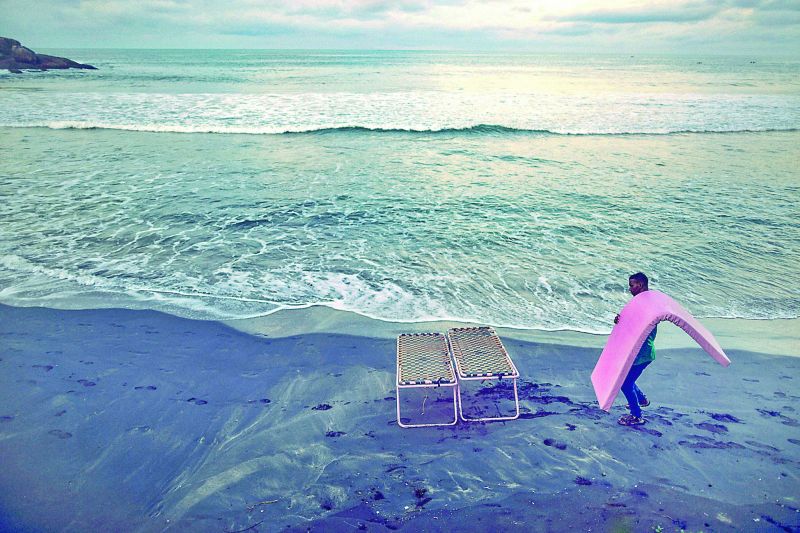 A man is setting up the table in the morning to welcome visitors at Light House beach, Kovalam, Kerala.

Today, Sameer uses his camera to capture moments full of emotion. “We cherish certain moments for the rest of our lives because of photographs, and we will be survived by our pictures. That’s what attracted me to photography. The process of capturing a moment — be it happy or sad, is magical. It is this science that I enjoy the most,” he declares. The photographer who shied away from wedding photography for six years was forced to change his opinion on the craft when he was asked to cover a friend’s wedding.

“It turned out to be quite fun. The pictures I got were high on emotional content. That’s how I started enjoying the genre,” Sameer says.  Today, he travels across the world, camera in hand, encapsulating moments and immortalising them. His schedules are often planned around sunrise and sunset timings. 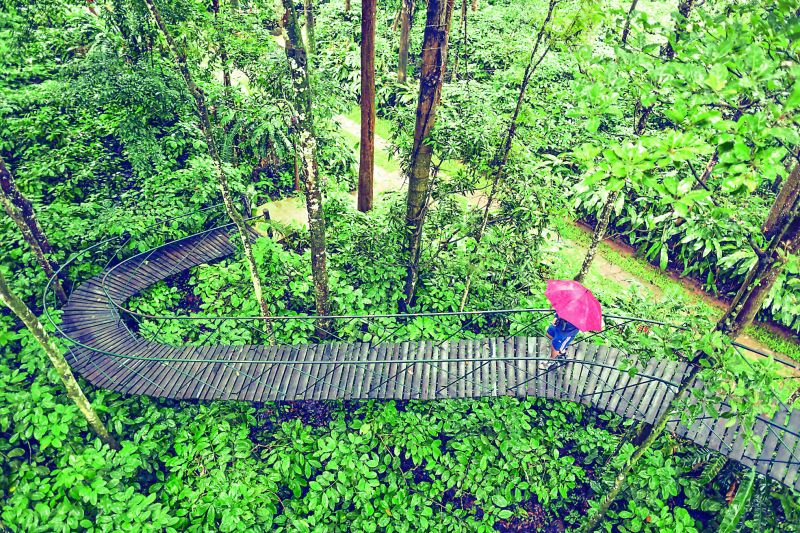 A man walks across a tree house at Pepper Trails estate in Waynad, Kerala. 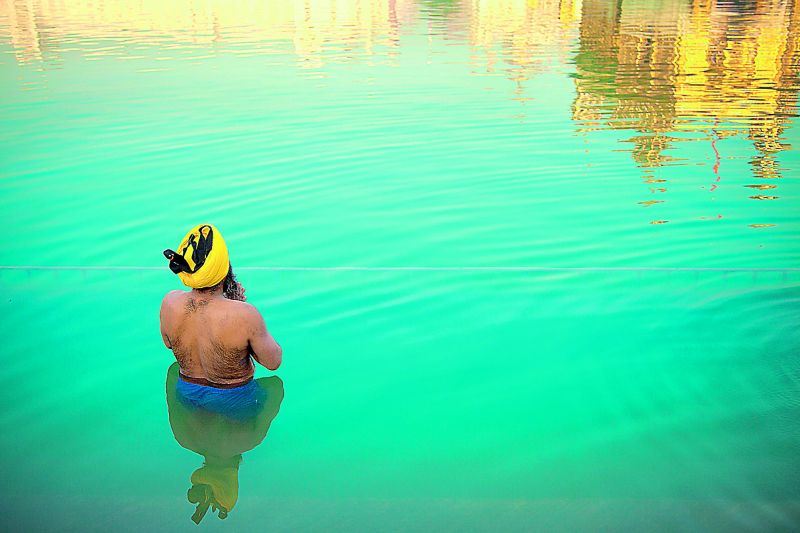 Telling the story of a visit to Geneva, Sameer says that it took him multiple visits to a chosen vantage point and hours of waiting to get the perfect shot. “I wanted to capture a picture that presented a real idea of the city, rather than a touristy one. I found a spot where a man fed birds from his hand, and I visited it for three days. At one point in time, all the birds came close to him and started picking up food from his hand. I got lucky,” he recalls. 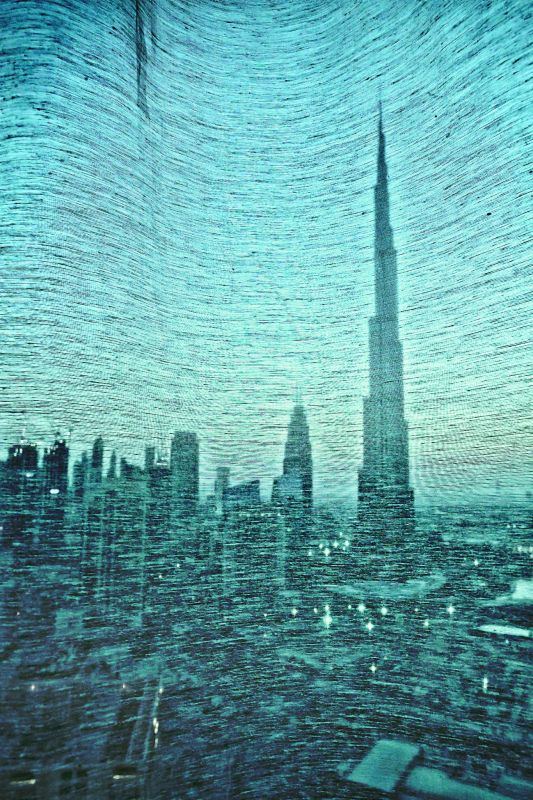 Overview of Bhurj Khalifa from a hotel window. 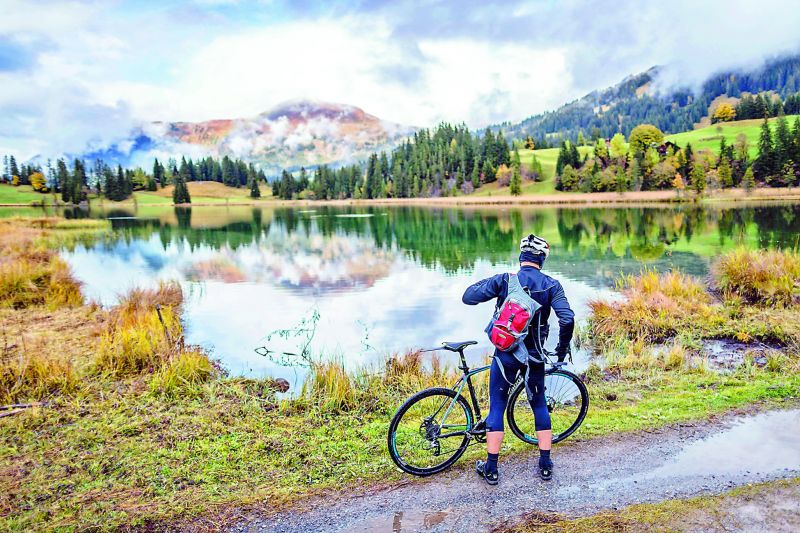 Cyclist taking a break to capture the moment on his cell phone at Gstaad, Switzerland.

The photographer says that it’s his love for human-interest stories that keeps his passion for photography alive.  “I don’t shoot only mountains or wildlife, because the human element is really important to me. I’d rather capture a man walking down a mountain with a rucksack on his back, or a girl going to school. There has to be some story behind the picture. That’s how I look at things,” he explains. 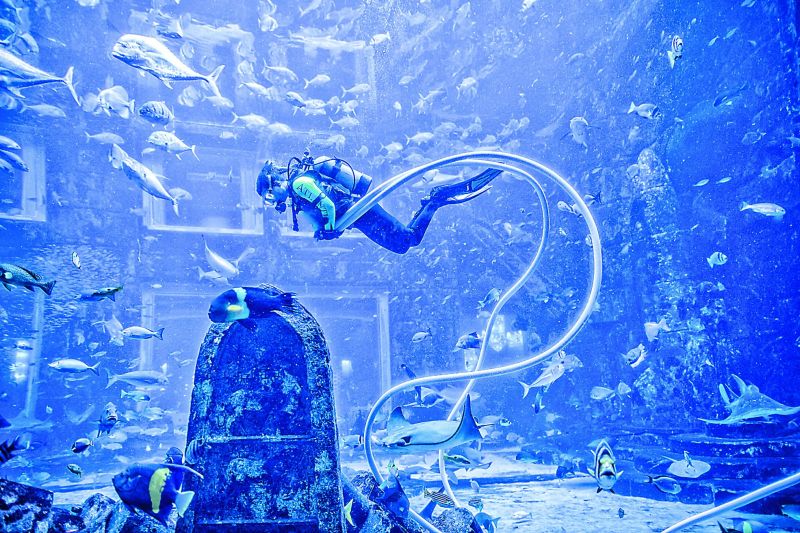 The diver doing a routine check at an aquarium in Hotel Atlantis.

He says that he loves visiting crowded places like Mumbai’s Bhindi Bazaar, Delhi’s Chandni Chowk, and Amritsar’s Golden Temple to capture the drama. “The area around the Golden Temple is very dramatic. There are people from all over the world, and they’re all captivated by the calmness. Sometimes there are rallies in which people dance and juggle props. It is culturally very busy,” he says.

Ask him to choose between travel and weddings as a source of content and he immediately picks travel, saying that it constantly presents him with new perspectives. “When I am gone, there is so much data that I will leave behind. It will not only serve as a visual delight but also act as a record of memories,” Sameer concludes.