The tussle was apparent

A good humoured fisherman shows off his catch.

The first streaks of the morning sun were forcing its way through the thick canopy of leaf and wood — an effect often seen, when bullets riddle a wall. Bright green geckos rustled through the brown dry leaves, which had fallen out of favour.

One had to be careful walking through the thick forest of gigantic sea Mohua trees as the light was far from being amply bright and the serpentine roots had laid an exhaustive network — almost resembling the complicated human neural anatomy. 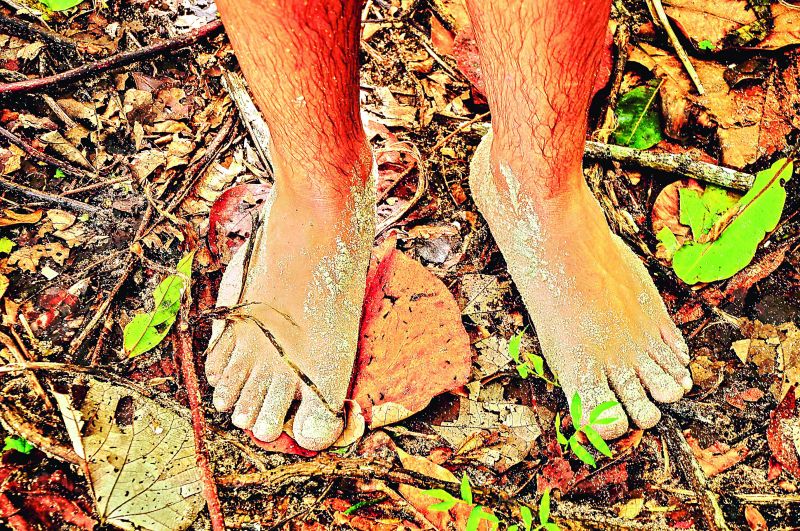 Tourists can walk through beautiful rain forests in various beaches around Havelock which are known for its soft powdery sand.

Two minutes from my luxurious room at a resort — nestled in the midst of a thick rain forest was the beach. It was a public one — Radhanagar Beach, and hence I didn’t want to take a chance. It was definitely going to get crowded, I thought. As I walked through the forest to get to what was powdery white sand and peppermint blue water, it dawned on me how secluded, how private the whole experience was turning out to be. Not one soul anywhere — only the sound of waves crashing on the shore and sometimes an occasional cry of an indigenous bird. Welcome to India’s best kept secret — the Havelock Islands of Andaman. 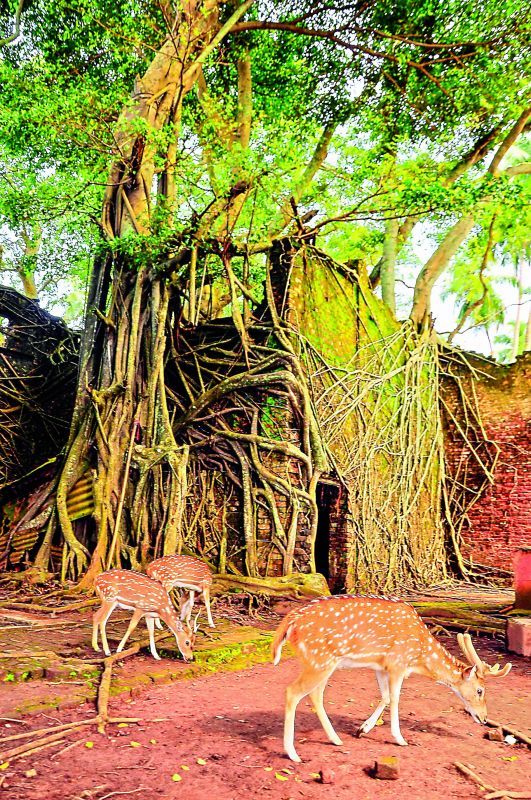 The remains of a printing press run by the British on Ross Island near Port Blair.

The place can easily make you feel like a billionaire. Dozens of beaches that can give Seychelles or the Maldives a run for their money. Hardly any tourists anymore — always giving one a feeling that you own the beach.

Radhanagar has been voted among the 10 best beaches in the world and there’s ample reason why. The water is warm — its colour oscillating between cobalt blue and turquoise, the waves not too ominous, the sand as white as it can get. 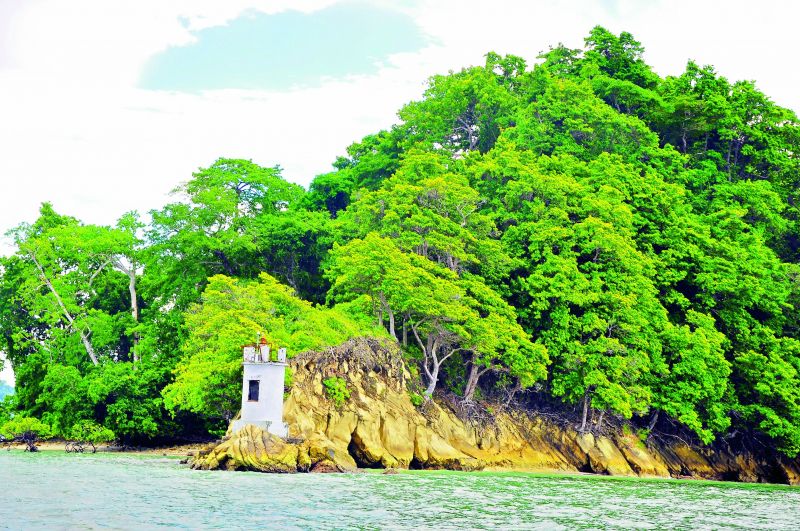 The famous lighthouse of Elephant Beach.

This is where Hollywood mega stars like Kate Winslet and billionaires like the prince of Dubai and Ratan Tata come to holiday in private, to vegetate, far from public eye, not a soul to disturb them. 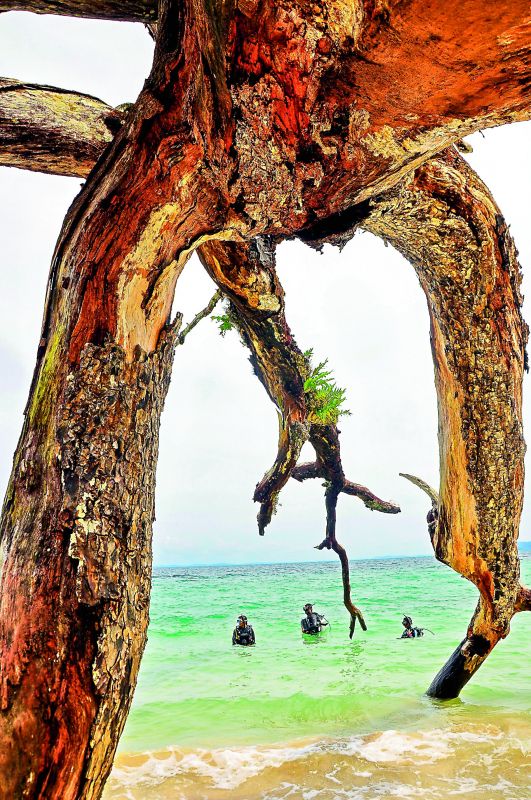 Barefoot has the best divers and diving school in Havelock — tourists get one on one attention on the Elephant Beach when they do scuba diving.

Breakfasts are laid out in dense forests. One can snorkel and swim — get views of some of the world’s most colourful and active coral colonies.

Radhanagar was also once the backyard of India’s most famous deep sea swimming elephant — Rajan. 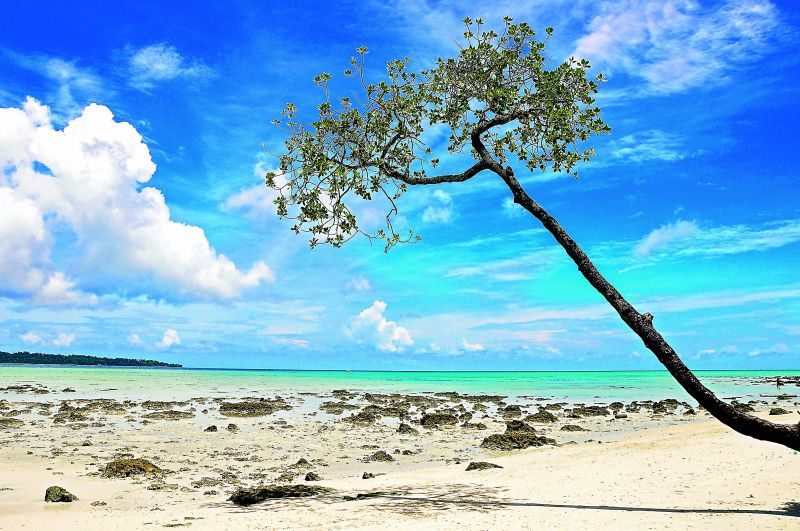 Havelock’s most enduring lone tree on the beach.

The tusker swam to fame in the 2006 Hollywood movie The Fall. He was adopted by the Barefoot Resort where he lived until his death in 2016. For seven years between 2007 to 2014, tourists, movie makers and photographers from around the world travelled to Havelock to swim with the 66-year-old Rajan. 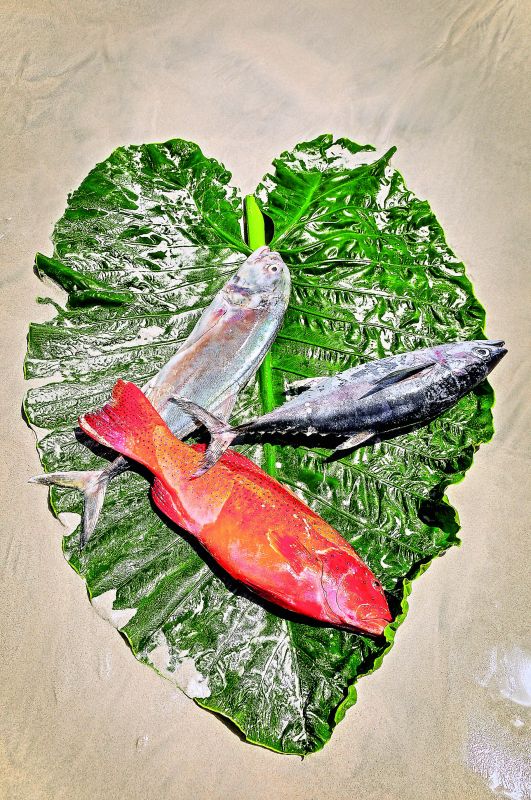 The day’s fresh catch left to dry on the beach by a local fisherman.

Around 572 islands together form the Andaman which is home to 85 species of endemic snails, 40 amphibians, 30 reptiles and thousands of species of insects. It is just 1,255 km from Kolkata and 110 km from Chennai. However only 38 of the islands are inhabited. 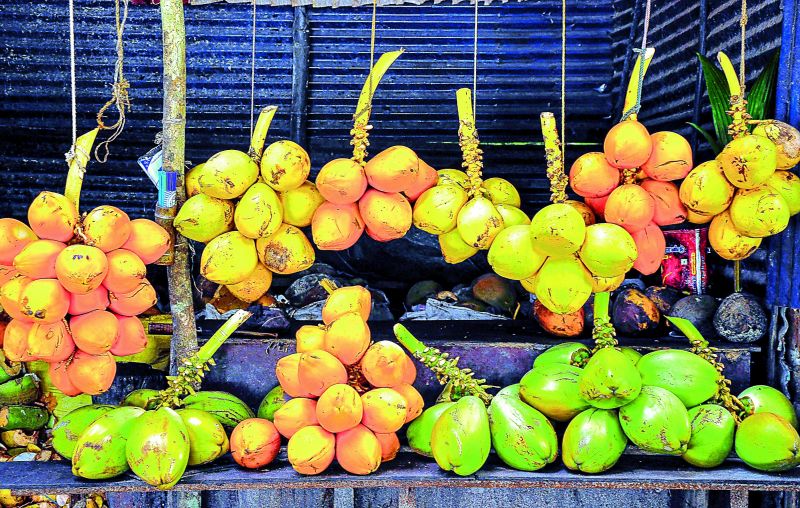 The island is covered by dense forests of elephant ear plants. The original inhabitants of the islands are six aboriginal tribes. It boasts of a 2,000 km long coastline, 92 per cent of which has thick forest cover. Scientists say there are 12 different types of forests on the island and over 2,200 species of flowering plants, of which 200 are endemic. The largest animal on the island is the wild pig. As many as 32 species of mammals and 95 species of birds call the island home.

The King coconut which comes in three distinct colours — orange, yellow and green is the favourite drink. The sea here too is a rich repository of life — 1,200 species of fish swimming at any given point of time. 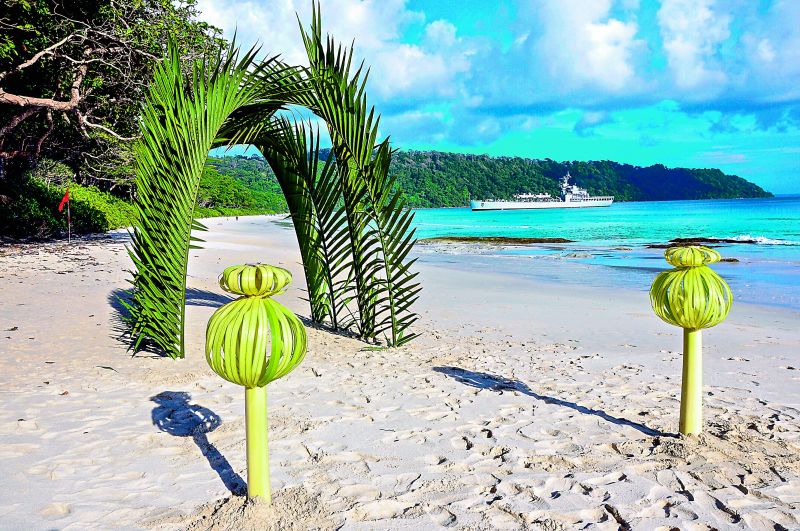 A wedding setting on the Radhanagar Beach with an Indian Navy warship anchored a few kilometres away.