The constantly-evolving Indian palate has recently embraced edible flowers for their flavour, aroma, texture, colour that add a distinct flourish to various dishes.

While recipes involving flowers such as cauliflower, drumstick flower, banana flower and pumpkin flower have featured prominently in Indian cuisine, their inclusion into contemporary menus is recent. The constantly-evolving Indian palate has recently embraced edible flowers for their flavour, aroma, texture, colour that add a distinct flourish to various dishes. In the recent years, there has been a spike in demand for flowers such as lavender and marigolds which are now being stocked along with herbs in local supermarkets.

While flowers such as nasturtium, lavender, and roses add to the visual appeal as garnishes, they also contribute to the flavour profile of the dish in which they're tossed into. “Nasturtium has a delicious peppery flavour, while violets, roses and lavender lend a sweet flavour to salads and desserts,” says Dharmesh Karmakar, Founder-Director at Thangabali who feels that these flowers can also be used as a substitute for traditional dishes. “Calendula is similar to saffron in flavour and is often used as an alternative. We have all had Gulkand and are aware of how tasty flowers can be. Jalkumbhi or water hyacinth is another flower which lends a subtle peppery taste to a dish. Adding these flowers to even something as innocuous green chutney, can takes, the flavour several notches up. You can have it as a spread or a dip. In the case of marigold flowers, drop them in  summer drinks for a refreshing aftertaste. The flower puree can also be mixed with lime juice and ice,” he explains.

But not all flowers are edible. As with all plants and other botanicals, it is essential to be very careful when choosing flowers to incorporate in food. Some are poisonous and could even cause serious stomach problems. “Just ensure you buy flowers from your known local vendor. Once you have the right ingredient, eat it raw, and you will know its taste profile and what it can do to your dish,” says Karmorkar. While flowers, in general, are very agile in nature, a lot depends on how it is cooked. “The technique has to be right or else, it can get overcooked and lose its body very quickly. Hence an eye to detail is needed when cooking with flowers,” says Chef Rohan Dsouza, Culinary Director at Silver Beach Cafe, adding that recipes involving flowers  depends on the availability of the produce.  “I personally have experimented with banana flower, zucchini flowers, pumpkin flowers and spring onion flower tips. Zucchini flowers is what I have mostly worked with as it’s commonly available abroad.”

Method:
Mix all the above ingredients to a smooth mixture.
Season the zucchini flowers with salt and pepper lightly and stuff it with the ricotta mixture. Twist the petals to close it.
Make the tempura with corn flour, self-rising flour and ice water and with the remaining flour, dust the stuffed zucchini flowers.
Coat the flowers with tempura batter and deep fry. 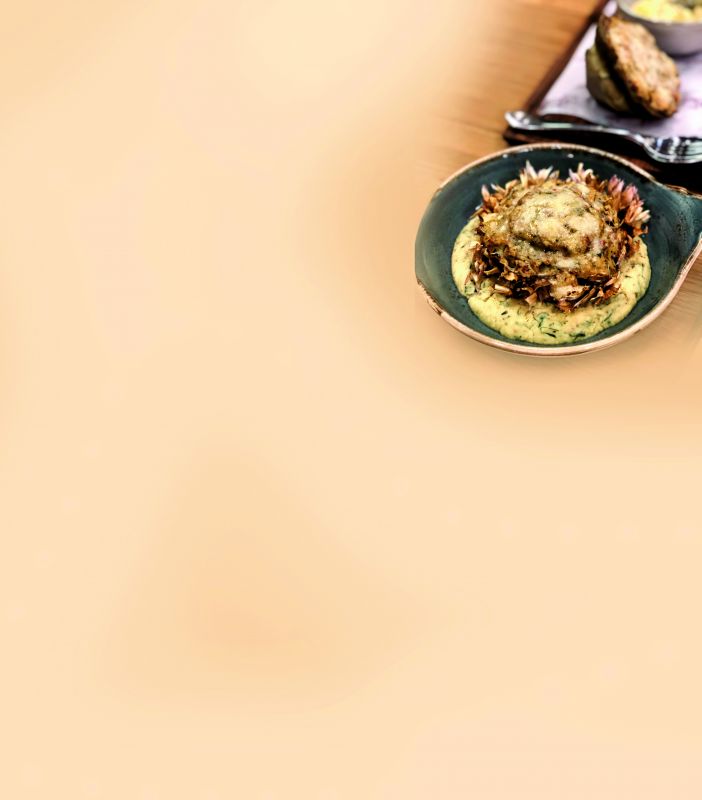 Peel the artichoke  till the heart or the tender part can be felt. Make sure that the core of the artichoke is intact.
For stuffing, boil the potato and mash it gently. Chop capers, garlic and sundried tomato coarsely and mix in with the mash. Wash and coarsely chop parsley and mix in with the mash. Season with salt and pepper and a dash of olive oil. Grate and add the pecorino in the mash mixture. If more acid is required, then increase the amount of capers. For serving, fry the peeled artichoke flower in oil till it blooms a little due to the heat. Cook for about 2 to 3 minutes constantly flipping the oil on top as well, so the cooking is even from both the sides.Fill the mash in the center of the artichoke. Bake again in the oven at 180 for 4 minutes and serve. 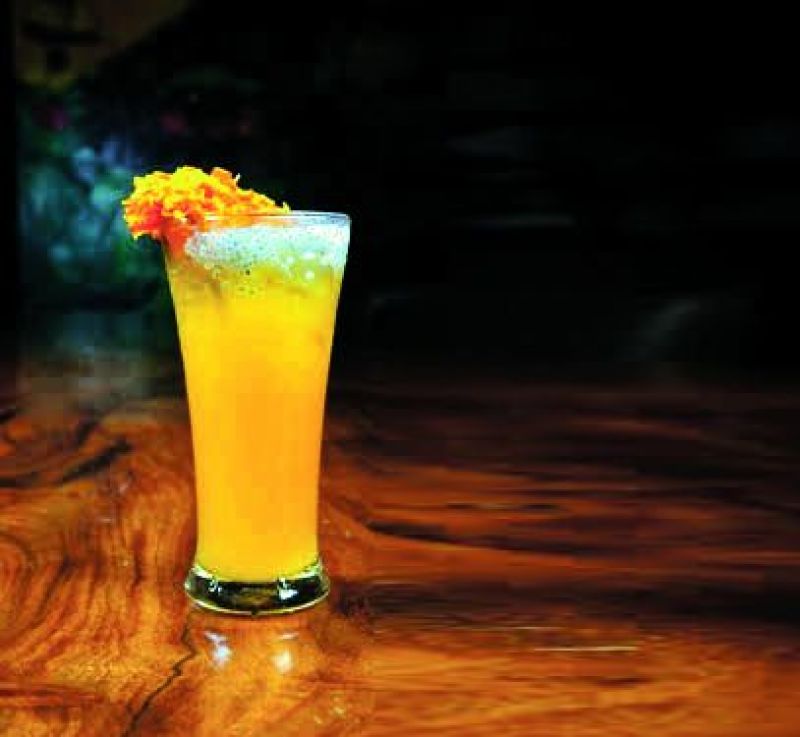 Break a whole marigold flower put in the shaker, ensure you only take the petals & cut off the rest, and muddle, now put 2 lime wedges and muddle again, let it rest for a few minutes, Remove half the petals and lime wedges and grind it, add bacardi rum, thandai syrup and orange juice with sweet and sour mix. Add ice and shake. Pour it in the pilsner glass with double strain method. Garnish with basil seeds and a whole marigold flower. 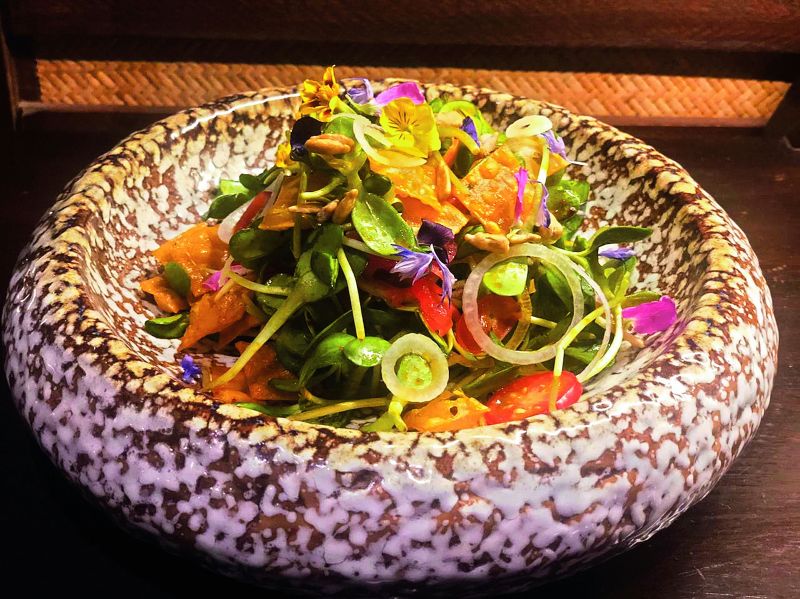 Heat oil in a vessel and fry the garlic to golden. Remove the garlic and separate the oil in two parts. Add chilli powder to one and turmeric powder to the other.
Wash and dry the sunflower leaves. In a bowl, take the leaves, tomatoes and onion. Add in the roasted gramflour, tamarind, chilli oil and turmeric oil.
Add in the wheat flakes and salt.  toss it lightly topped with sunflower seeds and edible flowers.