On a spice trail

If you have heard about Saoji cuisine, you may well be from Maharashtra. Often described as a sweat-inducing cuisine, it is quite the answer to the fiery spread that Andhra Pradesh food boasts of. Unfortunately, this cuisine has always been distinct to just Nagpur.  The Saoji community of India has its origins in the Malwa region and is a mix of diverse cultures that spread out to different Southern regions from 13th century onwards. They are a little-known, undocumented caste. It doesn’t help that historical corroboration about them is rare.  People say that the food is from the Vidarbha region in Maharashtra. Yes, it is, but the tribe that moved to the city to work for mills originally hails from Madhya Pradesh.

Nagpur and Solapur are the most popular cities for Saoji mutton curry. While Nagpur’s version is an outstandingly spicy delicacy, as it essentially branches from the added chillies of Vidarbha, Solapur’s parallel is on the slightly milder side. It was the Halba Koshti tribe — traditionally weavers by profession — who essentially created this style of cooking. Predominantly a meat-eating community, they started making their own spices. Saoji has this distinct taste — which varies from region to region — because of its spices. This masala is mostly a family recipe, which is a fiercely guarded secret. The use of the spices in this cuisine makes use of the basic garam masala khazana with the addition of a few things. There are total of 24 spices used in the preparation.

One huge difference between Saoji and other cuisines from Maharashtra is the cooking method. In Saoji cuisine, the spices are boiled, unlike the other ones where they are dry roasted and then ground. This is done to get rid of the harmful acids of the spices. Thus, although Saoji cuisine is bold on spices, it will keep you away from acidity because of the boiling process.  Saoji cuisine is still to get the due respect it deserves. I think it will have a big impact once chefs start getting it on the menu. This will happen only if we educate more people about the beautiful cuisine within our country, and finally give it its due.

Method:
Heat 3 tablespoons oil in thick-bottomed handi.
Once oil gets heated, add sliced onions and saute these slices till their colour turns golden brown.
Now turn off the gas and drain the excess oil from onions.
Then grind onions to a paste by adding little amount of water.
Boil black pepper, dry red chillies, stone flower, black cardamoms, green cardamoms, shahi jeera, coriander seeds, cloves, cinnamon, bay leaves, poppy seeds and dry coconut.
After that make a fine paste of all these spices using grinder. Add water as needed.
Once again, heat the oil in a handi. Add pieces of mutton in oil and saute them on high flame till pieces get light brown.
Then add ginger-garlic paste and fried onions and mix well with the mutton pieces.
Once these pieces get fried, add it to the masala paste, which was made earlier.
Add salt as per taste and three to four cups water and mix well.
Boil this gravy and then cover the handi with lid.
Cook this mutton in pressure.
Serve this mutton with bread or roti.
Your dish is ready. 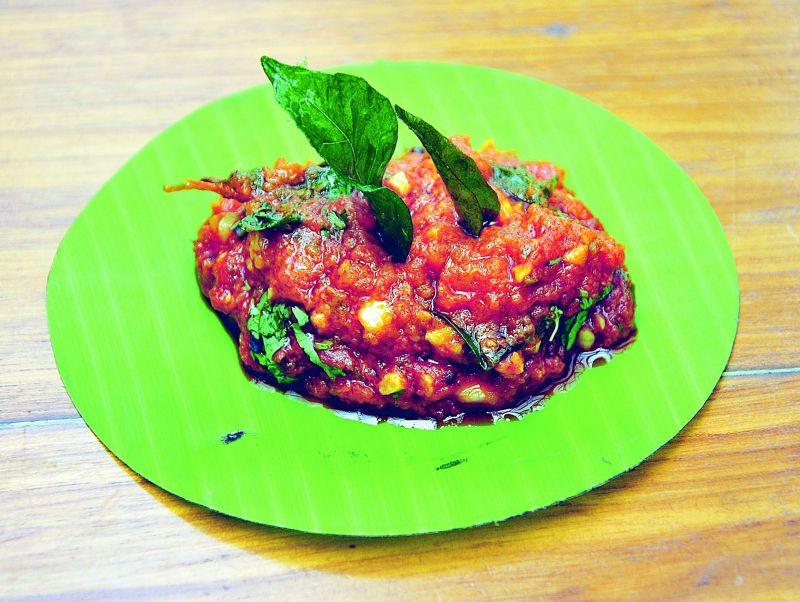 Method
Heat oil in a pan. Add mustard seeds, cumin seeds, a pinch of hing, curry leaves, garlic. Saute till garlic turns into a light golden colour.
Add chopped onion and fry till onion gets light brown colour.
Add red chilli powder, garam masala and cook for about a minute.
Add chopped tomatoes and jaggery or sugar. Mix it well. Now, cover the pan and let it cook for three to four minutes till the tomatoes become soft.
Add some water and salt. Mix.
Add roasted peanut powder, mix and cook for two minutes.
Garnish with coriander leaves.
Your tomato chutney is ready. 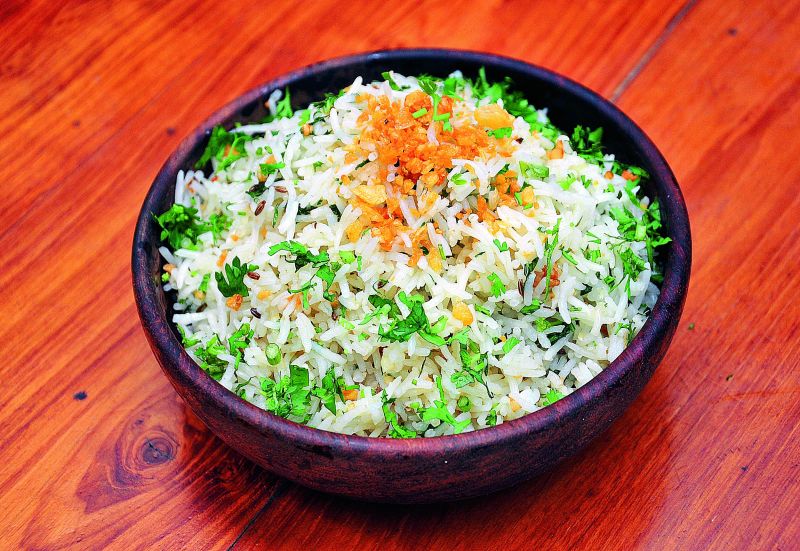 Gaurav Gidwani is the culinary director of Corum Hospitality