DECCAN CHRONICLE. | PRIYANKA CHANDANI
Published Mar 22, 2020, 12:39 am IST
Updated Mar 22, 2020, 5:42 am IST
As a debate on combat roles for women in the Army rages, those in the forces say it has more to do with practical approach than gender bias

When 26-year-old Captain Tania Shergill led an all-men marching contingent of the Corps of Signals at the Republic Day parade this year, the nation collectively hailed her as a symbol of ‘Nari Shakti’ (Women Power). But this euphoric bubble fizzled out rather soon when just a few days later, the government expressed its reservations on giving command positions and permanent commission to women in the Army.

Thankfully, the Supreme Court slammed the patriarchal mindset and granted permanent commission for women in the Indian Army’s non-combat support units, on par with their male counterparts, should they wish to continue with it after completing their Short Service Commission (SSC).

Women will now get the same opportunities, benefits, ranks, promotions and pensions as their male counterparts. Till now, women officers were barred from roles that involved the active direction of military resources. They did not get leadership responsibilities that could have seen them ascend the hierarchy of power.

While the top court’s decision has been welcomed by the defence forces, including Army Chief Gen M M Naravane, the debate on the practicality of inducting women in direct combat and command roles still rages on.

“Inducting women in branches other than medical, education and operations roles in the Armed Forces has been going on at a steady pace since the 1990s. There are roles in services and combat support arms like Signals, Army Air Defence, and Engineers where women officers are performing commendably,” says Col Amardeep Singh, Sena Medal (retd).

In 2003, a petition was filed before the Delhi High Court seeking permanent commission for women SSC officers, which was finally granted in 2010. Subsequently, the government came out with an order in February 2019 for the grant of permanent commission to women officers in eight streams of the Army. But, the order did not offer any command appointments and made it clear that women officers would serve only in staff (administrative) posts and cannot go beyond the colonel rank. 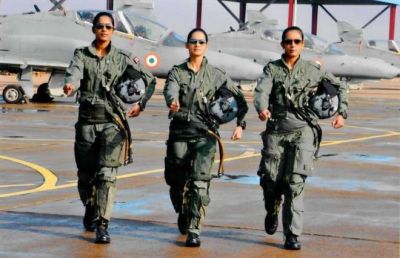 For much of human history, those serving in combat roles have been overwhelmingly male. So far, combat roles such as infantry, artillery, and armoury in the Indian Army, application of maritime power in both offensive operations against enemy forces territory and trade, and defensive operations to protect own forces, territory and trade in Indian Navy and airfield and ground defence guards in the IAF have been reserved for men. In a few cases, however, individual women have been recorded as serving in combat roles or in leadership roles.

And while there are doors open for women to take on combat roles in the IAF and Navy, the Indian Army remains conservative. Very few countries including the US, Britain, Denmark, Germany, Australia, Canada, Finland, France, Norway, Sweden and Israel have allowed women in combat roles.

“This has nothing to do with questioning women’s capabilities or intelligence. Women have been in command roles in many sections of the Indian Army. We have women generals, so there is nothing like women are not given those roles,” says Adarsh Shastri (name changed), a colonel of the Indian Army.

He explains that combat and commanding roles are two different things; and that it is not a straightjacket, as it is perceived by almost everyone. “It’s a wrong impression that people have about the defence forces. It is not about being sexist. The Army is following the rules that were laid out initially. Women are there in combat and non-combat roles, and they are just as good and as bad as any other male officer,” says Col. Shastri.

However, one must note the non-combat support that women officers provide to soldiers on the battlefield. So far, women can enter the defence forces through Combined Defence Services, Technical, Non-technical, Mechanical, Short Service Commission — SSC of National Cadet Corps, NCC, Judge Advocate General, Accounts, Logistics, Education, Architecture and as a martyr’s wife. “So when we say ‘give women combat roles’, are we considering these points? You can’t change the criteria. It is not one way that women join defence forces so everything needs to be considered before putting them into commanding or combat roles. We need to define conditions for every segment,” explains Col. Shastri.

Putting women in a frontline combat roles has been a contentious issue for a very long time. The process of inducting women into the defence forces itself has different selection and training criteria. While men are trained in the worst conditions, women are given a margin of leniency.

“Not every man gets a combat role, similarly not every woman will get that role. There is nothing like man and woman, when we wear the uniform, we all are officers. You have to prove yourself and nobody is questioning their capabilities, it is same for everyone,” states Padmavathy Bandopadhyay, the first Air Marshal of the IAF.

The Centre too opposed the idea, stating that male soldiers are not ready to accept orders from female officers due to physiological differences. This is in sync with the nation’s age-old resistance in terms of inducting women in combat roles, citing concerns over women’s physical abilities. While Indian women have been a part of the freedom struggle, the idea of deploying them in combat roles shocked men.

“There is no denying the fact that the physical capabilities of a man and woman are significantly different. In the IAF and Navy, you need brainpower, but in the Army, your physical strength is primary. Army personnel are deployed in difficult and adverse situations. The enemy on the other side is not so fair that he would see a woman and not shoot her. It is not discrimination between men and women officers, but a concern for women to be posted at more accessible places,” says Rashmi Sharma (name changed) a Regimental Medical Officer with the honour of having served in a Rashtriya Rifles Battalion in the Indian Army. 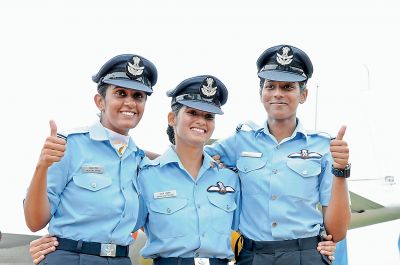 Wing Commander C M Jaywant (retd) SC explains that women need equal physical parameters on the battlefield as far as the Army is concerned, but it is different from the IAF. “The person in the spot is in the cockpit. You need your decision-making power and technical intelligence, but when you go directly on the battlefields, then physical efficiency is a must,” he says.

Medical Officer Sharma opines that women should be given similar training and selection processes to get combat roles. “There should be no pressure on higher commanders to look after the security of those women, and they should just be treated like other male officers. We should let women go down to the depth and give them the same challenges. You can’t hold their hands and negotiate if women are in combat roles, which has been the technique till date,” asserts the lady officer.

According to Colonel Singh, the service conditions should spell out the job description clearly for women and men. “If women go through the same qualitative requirements and tests, then all those who meet it should be given a chance. Restrictions like marriage, pregnancy, etc. should be spelt out, and those who are still willing to go the mile should be allowed to,” he opines.

Flying officer Aman Nidhi expressed that her being a woman cannot be a deciding factor whether she should be given the combat role or not. “My contribution will be equal to my male counterparts, nothing less. We have proved to the nation that there is nothing that women can’t do,” she avers.

Captain Tania Shergill of the Indian Army, who made the headlines for leading the all-men contingent on Army Day on January 15 this year, adds, “If women are given a combat role in the Indian Army, then we are up for it.”

Sub-Lieutenant Shivangi adds, “I know there is nothing that women can’t do. My challenges are the same, as any man would face.”

While civilians might feel that the defence forces are discriminatory in their process, women in the service deny any bias. For them, it is about commanding a team that needs to have trust in the leader. However, some also believe that many officers are not conditioned to take orders from women in the force. “I was posted directly at the battlefield and the battalion was Rajput. They are culturally chauvinists. They prefer male doctors to females but that should not be a reason to not induct women in commanding or combat roles. The mindset needs to be changed,” says Regimental Medical Officer Sharma.

She adds that men in the team judge you on your physical capabilities. “You are saying you want to be a combatant, but then you are expecting your team to give up their life on your orders. The team has to trust your judgment. They will only follow your orders when they know you are better than them because you are making them literally give up their lives. If tomorrow, they see a woman has come with lower abilities than them, then they will not accept it. It will create nuances on the combat places,” explains the officer.

While it sounds like more of an emotional demand to see women as equal, are we missing on to the bigger goal: The security of the Nation? Defence personnel believe that it has more to do with strategy and practical approach. “You cannot lose on any strategy just because you want a particular gender to be a combatant. What are we trying to prove? The compass needs to be reasoned,” Medical Officer Sharma opines.

A senior officer from the Navy says that the young male officers look for a leader who can outmatch them and they can connect with. “A soldier who is fighting expects the leader should know that he hasn’t received a letter from his home so he is agitated. Or the roof of his house in the hometown has fallen, or he wants to go on leave for some days, but there is a commitment at the border and for that, he is here. As a leader, he gives that trust, so as a soldier he would respect his leader. If any leader breaks down on the physical, emotional, integrity, loyalty and other aspects of his nature or flounders, he is not respected as a leader,” he elucidates before signing off.