Talking point: Half-white from her father Tom Markle’s side and half-black from her mother Doria Radland’s side, Meghan’s ancestry became the talk of several circles in London.

In November last year, the Prime Minister of Antigua made, what is known in some circles as, a royal faux pas. He announced to the public, during a visit by Prince Harry, that he was aware there was a new princess on her way. PM Gaston Brown then went on to suggest the couple spend their honeymoon on his island nation. A visibly embarrassed Harry brushed it off then as a joke, while he turned red, and tried to dismiss the comment with a wagging finger. Fast-forward a year, and the wedding that was predicted has come true. When Prince Harry announced his engagement to Meghan Markle on November 27, he did so with the approval of his grandmother, the Queen. The same Queen who had stopped her sister, Princess Margaret, from marrying a divorced Group Captain Peter Townsend in 1953. In fact, the last time an American divorcee tried to marry a member of the British household, it resulted in the abdication of a King. If they were alive today, one wonders what the exiled King Edward and his wife Wallace Simpson would have thought of Harry and Meghan’s pairing.

In many ways, the engagement of Harry and Meghan has ushered in a new era. When once marrying a divorcee was considered taboo, today there exist several high profile first wives who were once divorced. Standard bearers of this growing phenomenon include the current Queen of Spain Letizia Ortiz and the First Lady of France Brigitte Macron.   The fact that these women were once married before didn’t seem to deter their high profile partners from popping the question.

The attitude of the British monarchy towards divorcees has changed over the years as well. To an extent, thanks to the wedding of Prince Charles and Camilla Parker Bowles. What was once considered impossible is now a reality — what with the future Queen of the United Kingdom having been a divorcee as well. Among Indian royals, when Princess Diya Kumari of Jaipur chose to marry Narendra Singh in 1994, the wedding became a controversial once, with many royal insiders complaining that her husband was a commoner and not from a royal background. The couple today are the proud parents of three children, the eldest of whom, Padmanabh Singh was recognised as the Maharaja of Jaipur by the Rajput community. Diya is now a BJP MLA in her home state of Rajasthan and is often seen accompanying her son on polo matches around the world and at high couture balls across Europe. Sharing her opinion on the Harry-Meghan duo Diya says, “It’s a wonderful thing that’s happening to the British royal family. Those two are clearly in love and should be celebrated for it.”  And what about the issue of hypergamy? “Everyone changes with time,” explains Diya, “Their wedding is not for any of us to judge, but for their own families to accept and applaud.” 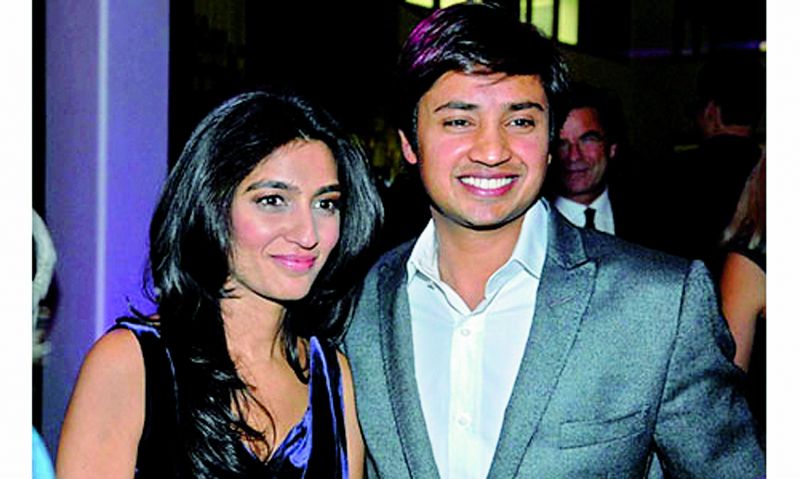 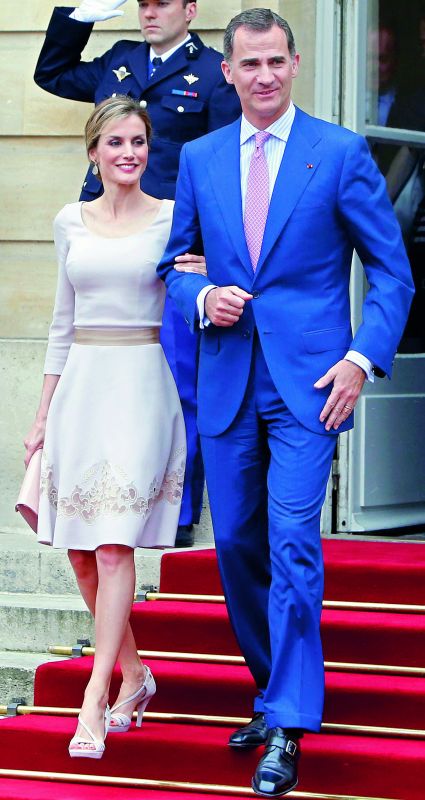 Hypergamy refers to the act of marrying above one’s caste or social status. The term, funnily enough, was coined in India in the 19th century while translating classical Hindu law books from Sanskrit. Anuloma and Pratiloma were original Hindu caste rules of marriage that were considered major influencers when choosing a potential partner. ‘Marrying above’ is thus clearly not a concept alien to us.

But author and social commentator Shobhaa De resents the very thought and concept that the modern woman was even today looking to marry above her social standing. “It implies Markle manipulated the romance cold bloodedly. Let’s not be this cynical. On a more practical note, no man or woman deliberately chooses to marry down.” For Meghan Markle, this has been a particularly hinder-some obstacle, mainly due to her mixed parentage. Half-white from her father Tom Markle’s side and half-black from her mother Doria Radland’s side, Meghan is in many ways, the poster child for a Benetton ad.

Her black ancestry became the talk of several circles in London recently, when Princess Michael of Kent chose to wear a blackmoor brooch to a luncheon. Considered a piece of ‘racist jewellery,’ the brooch depicts a black prince and is part of a school of art that was once very popular with the royal houses of Europe. Blackmoor sculptures exist even today in several of the British palaces. For how much longer though remains debatable. 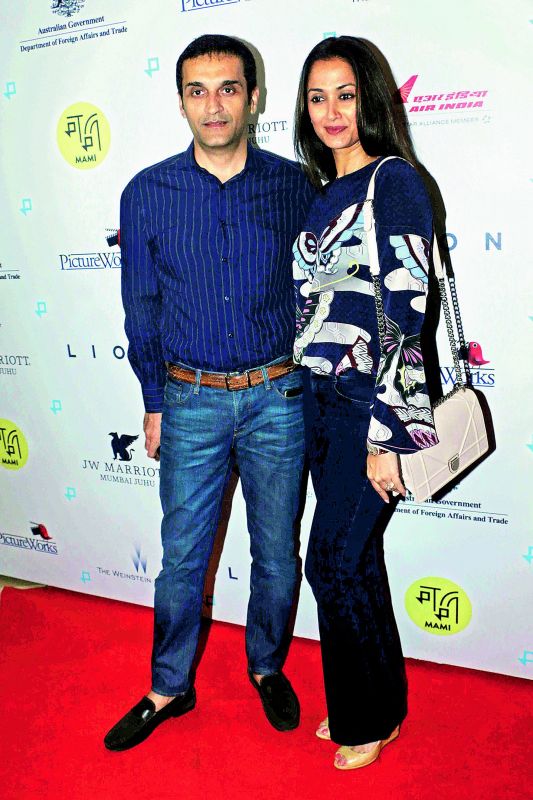 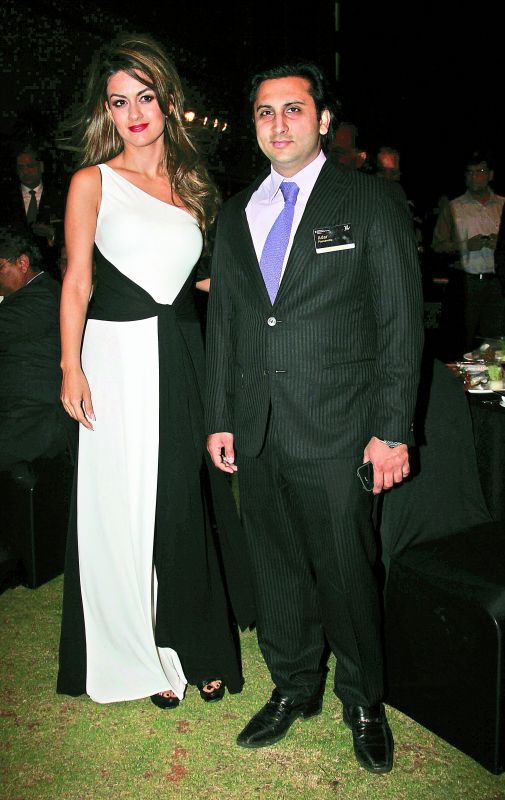 Even in India’s most affluent families, hypergamy has been prevalent for several years. Parmeshwar Godrej and Maureen Wadia were considered pioneers when they broke the proverbial marital glass ceiling by marrying Adi Godrej and Nusli Wadia respectively.  While some in society sniggered at them earlier, often calling them trolly dollies, for having been airhostesses before meeting their husbands, society later morphed and evolved, in the end accepting them as gatekeepers of the A-list.

Today Natasha Poonawala, Nita and Tina Ambani are all great examples of women who came from humbler homes and married into astronomical wealth. Earlier married to businessman Raja Dhody, socialite and jeweller Queenie Singh is happily settled with her second husband Rishi Sethia (who was earlier married to actress Neelam Kothari), with whom she now lives between London and Mumbai. Queenie shares, “More than the modern woman finding the right prince, it is the acceptance of a modern woman — an actress who’s half black, was once married before, is now getting married to a British Prince. This should be applauded — to be able to trust your child’s choice at this stage of his life, knowing that every choice is a gamble, and just to bless them with positivity, is fantastic and will help them in their life together. Other than that, it’s a fairy tale to find a prince anyway.” 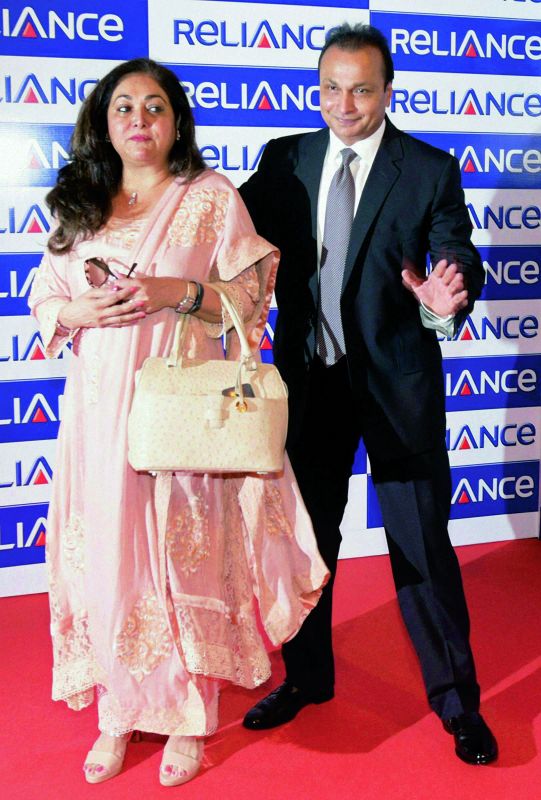 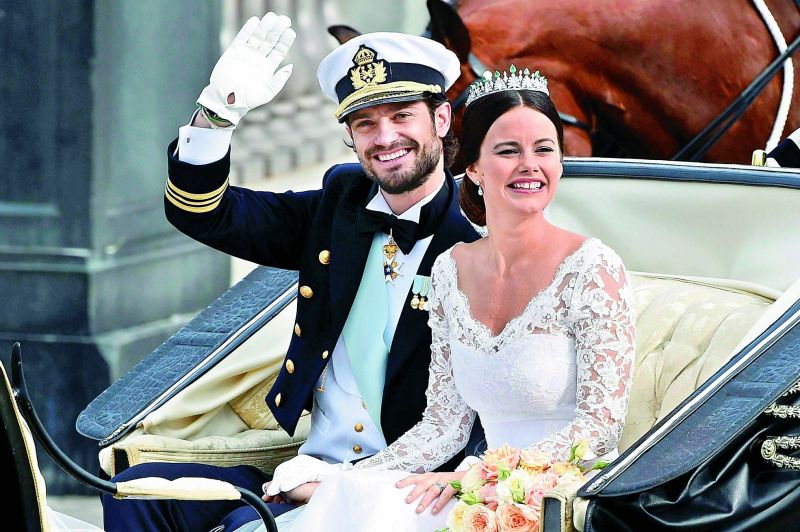 Sweden’s Prince Carl Philip and Sofia Hellqvist (prior to her marriage, she was a glamour model and reality television contestant)

Thought behind the choice

Speaking on condition of anonymity, a well-known celebrity psychologist from Mumbai, said she felt there was a particular thought process behind this, “Women subliminally weigh security as a major factor while choosing a partner. This is not a strategic view, but a factor that aids in falling in love. It’s been there for millions of years, and is a part of our DNA thanks to evolution.”   On the same tangent, Shobhaa De adds, “Wealth and security go together. Men are no better. More and more men are marrying for money. What else does one call ‘dowry’?” For whatever it might be worth, the fact that marriage as an institution has changed over the centuries is but an inevitable move in the right direction. Marrying a Prince or an oligarch is no longer the stuff of legend or fiction. And gone are the days when social construct was a hindrance to a potential match. In the words of Bob Dylan, “The times… they are a-changing!” And clearly Harry, by choosing Meghan, is leading us all down the right path.

King Abdullah of Jordan and Queen Rania (born to a Palestinian doctor, she used to work at Apple)

Antoine Arnault, heir to LVMH, and Natalia Vodianova (supermodel who was born to a fruit seller on the streets in Russia)