Imagine. Sabyasachi Mukherjee’s antique sequins on Christian Louboutin’s red lacquer-soled Victorian heels; or bling on the minimalist Stan Smith — two different worlds, one wild imagination. With colour, culture and mysticism — India has often commanded the attention of international haute couture houses and designers. And now, the winds have shifted. High-flying brands that some can only dream of are collaborating with Indian designers. 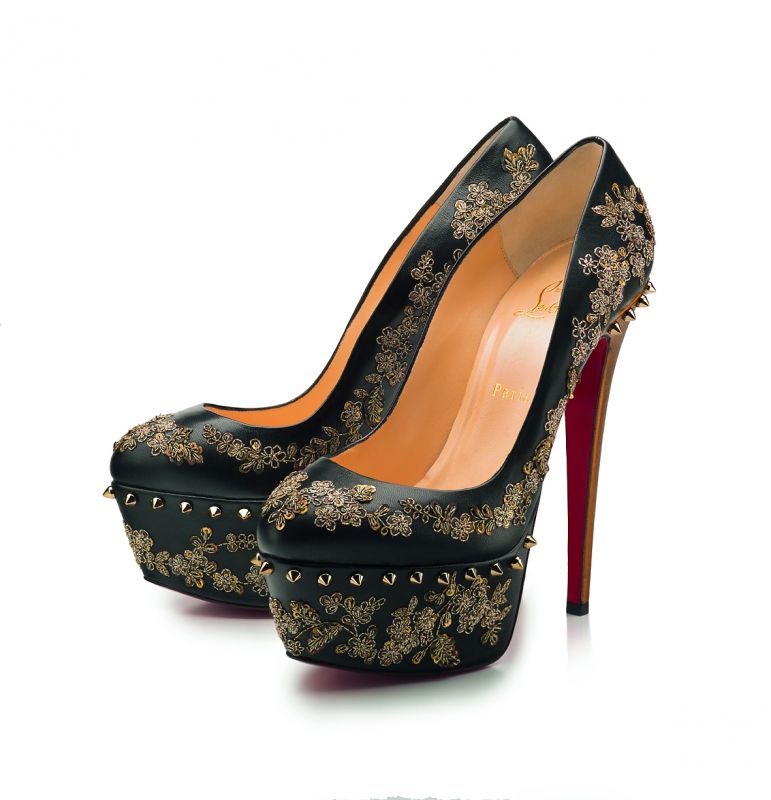 Designer Suneet Varma has found phenomenal success with international design houses — he’s the only Indian designer to collaborate with Judith Leiber to roll out a line of minaudieres that are now retailed (and coveted) across the world. Developing, in his words, ‘superbly mad and sexy’ designs for Donna Karan, Calvin Klein, Caroline Herrara and Nicole Miller only takes the icing. And these are just a few of the many.

Cross-border associations puts Indian designers, their work and their home country on the global map, while also helping them offer a western sensibility to the Indian palette, and introducing ours to the West. In short, it gets people talking. “Collaborations allow a designer to think on a brand new tangent with another’s perspective in tow. It opens up a new think tank, helps get out of the comfort zone and in an enriching way, tests your own abilities,” says Hyderabad-based designer Suhani Pittie, who was commissioned by a wildly popular Austrian jewellery house to create exclusive designs for them. 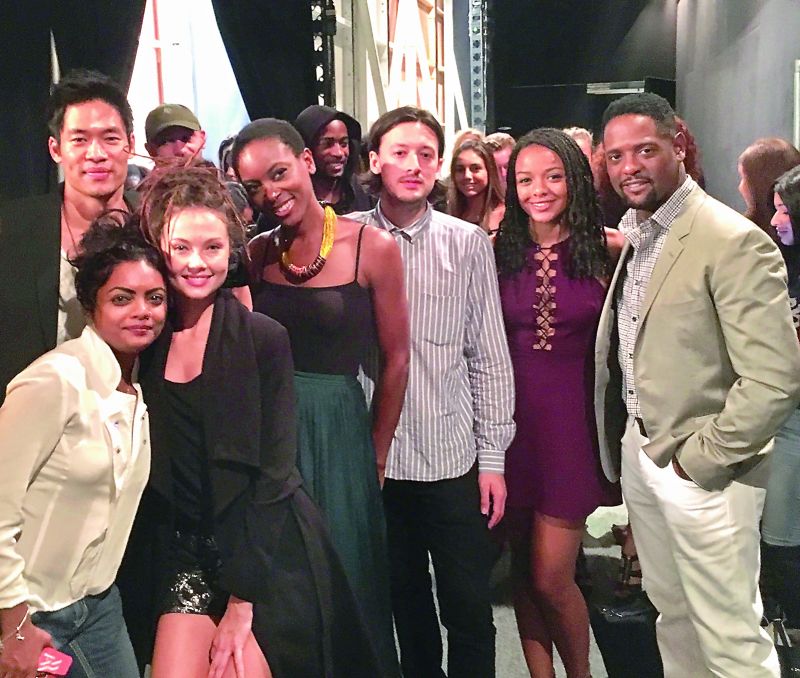 Designer Runa Ray with the cast of Quantico in New York

It’s a win-win. Fashion designer Runa Ray believes collaborations are like good friendships. “You might spend a few years with each other and then probably move on, but then, it could turn into a marriage if both grow independently while still complimenting each other,” she says, collaborating with Los Angeles-based rock bands like The Destroyers to create funky jackets for them. “They are good for publicity and create a buzz. It’s a good mix-and-match and can be beneficial, so long as the project serves the needs of both companies and comes across as a natural combination,” pitches in the Bengaluru-based designer, who believes that her gates to collaborate have opened up thanks to her stint at the New York Fashion Week — not once, but for two seasons in a row.

For most designers, collaborations aren’t just a shot at fame. It highlights their own design philosophy, they say. Delhi-based fashion designer Namrata Joshipura has infused ath-leisure elements into her collections for years. Her models have sported sneakers on the ramp and as a runner, she often slips into a pair herself. So, when the once World No. 1 tennis champ Stan Smith dropped by Mumbai, she had to pay tribute to the athlete and his eponymous shoes by associating with Adidas, headquartered in Germany. “The ‘Stan Smith’ is an epitome of minimalism and linearity. In designing my version of this classic, I incorporated my signature approach — complex embroideries and colour. While the gold lines highlight linearity, the crusted crest and wings provide a twist with a touch of bling,” she tells us. 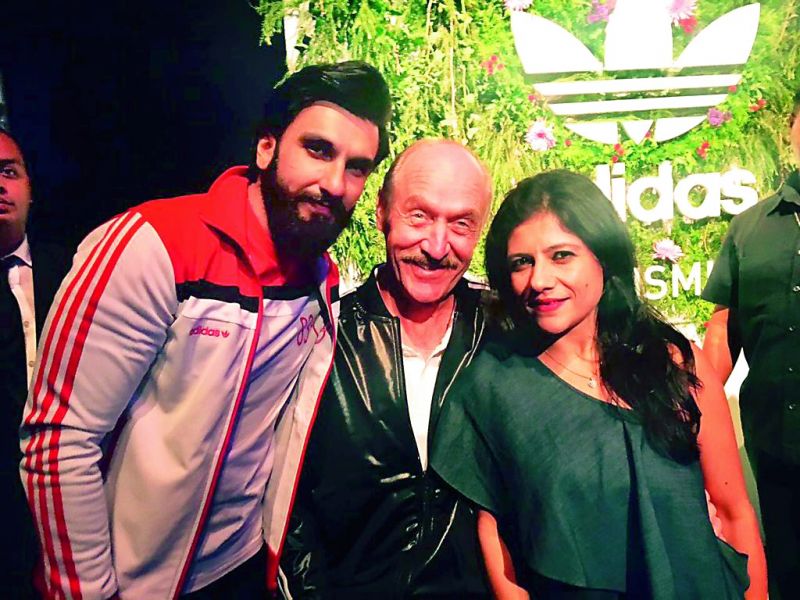 Designers Rahul Mishra and Aneeth Arora followed suit with their own variations — while Arora worked with Afghan refugees to hand crochet flowers, Rahul decided to draw from both impressionist Henri Rousseau and traditional Indian kaarigars to hand-embroider rainforests with multi-layered stories of nature and art — something the West hasn’t thought of on tennis shoes yet. 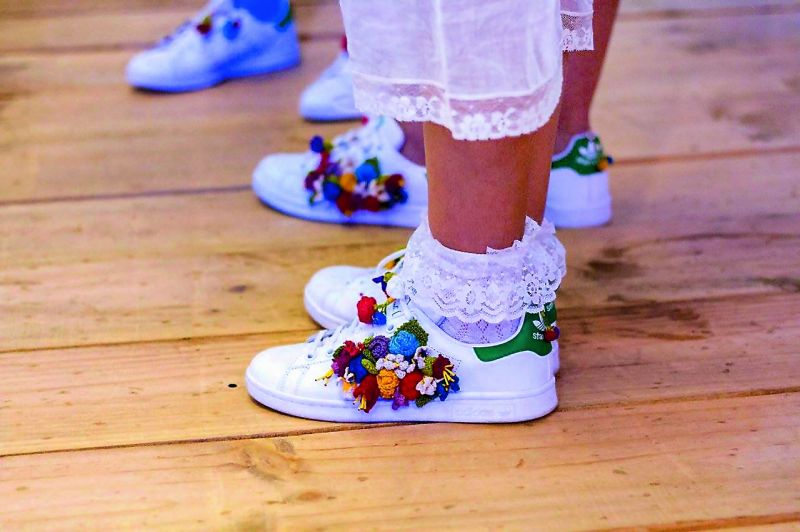 Owning an Indian designer label comes at just as steep a cost as say, what a Parisian couture house has to offer. But some heavyweight Indian designers with luxe-loving clients are now associating with international design houses to spring on affordable ranges. High-end couturier JJ Valaya, Rohit Bal and Manish Arora are working with Swarovski to roll out baubles for under Rs 11,000. Suhani, who has earlier worked with the 120-year-old crystal house, believes that when an international brand comes forward for an association, they have a lot of confidence in the designer’s ability. “I’d say, why not? If we can marry luxury with affordability then why not allow a larger audience to enjoy one’s beautiful work? Once you have built a trusted brand name, the larger audience too will have faith in your products,” adds the celebrity favourite, who is soon launching her own luxury-meets-affordability range.

All in the biz

The economics behind these associations is nothing short of golden. According to Namrata, they can either highlight design similarities between brands, or make for interesting juxtapositions, like her own. “A good collaboration can elevate a brand in another geography or with another audience. Brand building is a slow and deliberate process — it highlights your strength and relevance globally,” says Namrata, who now retails her own line across Paris, Dubai, Japan and Los Angeles.

It’s not just their international counterparts that Indian designers are hopping on board with anymore. The newest buzzword is masstige, where designers associate their prestigious names with fast fashion chains to roll out a limited-edition line to reach more people. Haven’t heard of it? Talk to those who waited to grab Indian designers Gauri and Nainika’s creations from Koovs headquartered in UK, but couldn’t because it was sold out in a matter of hours.

For Indian designers, fashion collaborations are just the beginning. Abraham and Thakore with their craft-inspired collection for West Elm, loungewear and home accessories for London’s Harrods is one such example. Design maverick Rohit Bal’s marketing strategy of collaborations has taken his creative partnerships from Luxembourg international cosmetic giants to even Japanese automobiles and Pennsylvania cigarette lighter manufacturers. Kolkata’s Abhishek Dutta, who has an ongoing collaboration with Portico-New York, brings out everything from sheets and cushions to duvet covers.

“These collaborations are thought-provoking. Innovating is what keeps fashion and designers relevant. And embracing this globalisation evokes a sense of freedom, while finding balance and diversity and allowing us to stay competitive in a world of disruption,” says designer Sanchita Ajjampur, who also consults for Parisian fashion houses such as Lanvin, Yves Saint Laurent and Chloe developing patterns, fabric and embroidery from scratch. A brand new story is being written in the global fashion world — a story that is challenging the way we look at ourselves, the clothes we wear, the accessories we sport and the combinations we thought worked. It’s a story of going out there and being as wild as the imagination allows. And the best part? Our very own Indian designers are playing the biggest role.