Giving the genre a good rap

What started in the 1970s as an underground movement and an integral part of black culture in South Bronx, New York City, has become a well-loved genre worldwide. Hip-hop and rap are not just poetry in sound but also a way of musically presenting poetry. India’s first brush with hip-hop and rap was through Baba Sehgal, known for his comical style of rhyming, and Bohemia, whose intense lyrics gave him cult status. It picked up pace gradually, and now it’s going full throttle with a party-style version of rap, predominantly in Hindi and Punjabi, through artistes like Yo Yo Honey Singh, Badshah, Raftaar, etc (Blaaze from Chennai is also popular for his multiple collaborations with A.R. Rahman). Finally, rap is now much more than part of music videos and fillers in film playback songs. Rap is now used as a voice against issues artistes strongly feel about. It is more focused on technique and is growing all across the Northeastern states, and even the south.

Fight for a cause

The rising rap stars in the country have strong opinions and are ushering in a new wave of music that connects with the youth and brings issues to light. Take Sofia Ashraf for example — her song Kodaikanal Won’t to the tune of Nicki Minaj’s Anaconda, is said to have been one of the few reasons for Unilever to take action regarding mercury pollution in Kodaikanal. This rapper and social warrior occupies cult status in the hearts of youngsters across the country for also playing an active role in the Justice Rocks movement.  She was recently in the news again for using her music to protest against the proposal of Sasikala Natrajan becoming the chief minister of Tamil Nadu, urging the younger strata of the society to become more politically aware. 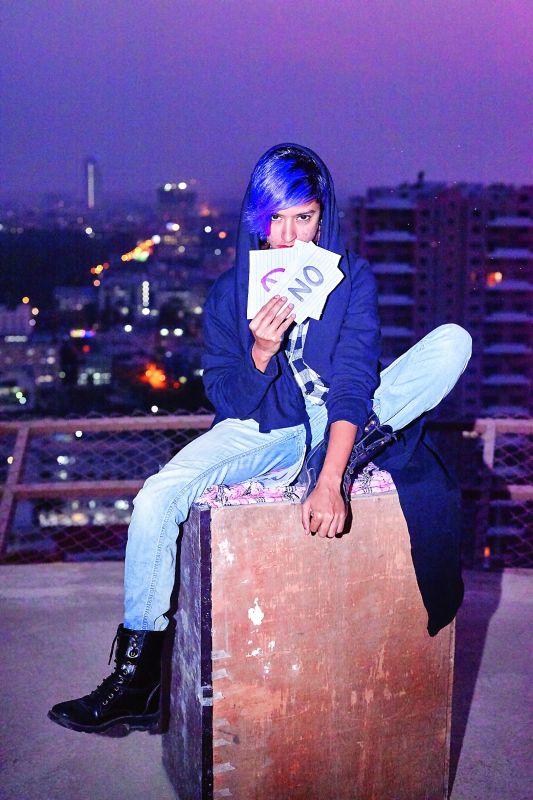 Shares Sofia, “2016 was a great year for women-centric communication — be it music, films, TV, digital or advertisements. I am quite excited by the prospects 2017 holds for me as a woman creating digital content. I am hoping to focus my attention this year on creating videos about body positivity. Through my series Sista from The South, I hope to address the issues, insecurities and ideologies of a modern South Indian woman. I have also planned a college workshop circuit where I hope to get young girls to start believing in themselves more.” 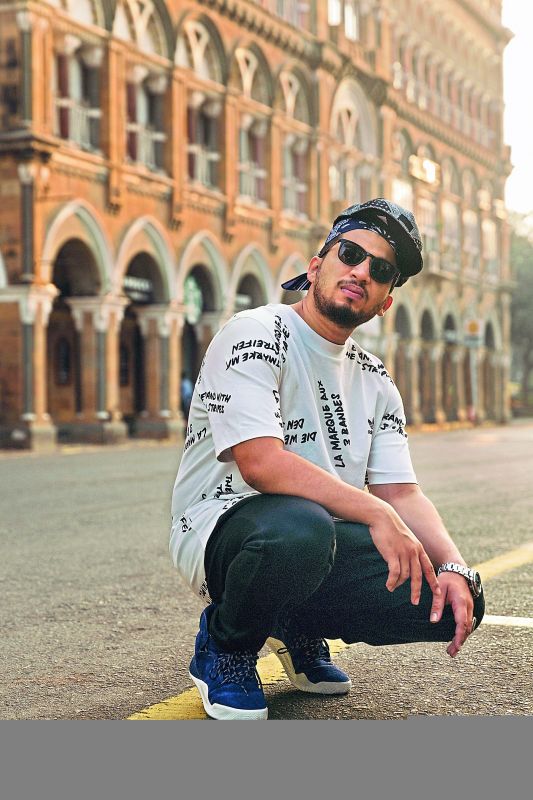 Another Chennai stalwart, Hip Hop Aadhi, who began his journey as an independent rapper and is now a composer/actor in Kollywood, speaks of Tamil culture and pride, and was also one of the faces of the Jallikattu protest in Tamil Nadu, with his music video Takkaru Takkaru on the same going on to become an anthem of sorts! This enthusiasm is also echoed far and wide in metropolitan cities like Mumbai and Bengaluru with artistes like Naezy and Divine from Mumbai serving as inspiration for director Zoya Akhtar’s next film.

There is no effect without cause — and in the case of our rappers, there are a plethora of the latter. From fighting societal norms and expressing emotion to empowering people around them, many of these artistes took up (and look up to) rap to not just to make music but also create change. Naved Shaikh, popularly known as Naezy, has been credited for providing direction to the underground rap scene in India, and for bringing it to the fore.

“I came across English music at street functions where local DJs played hype songs. As a kid, I printed the lyrics of these commercial rap songs and imitated them. Eventually, I discovered songs which reflected my life, which helped me fight negativity and gave me hope. I could relate to the lyrics and emotions of the rappers who talked about their life situations, who expressed their concerns about making a change in the society and I felt I could do this here — in my style, in our language. I got inclined towards this art form because it allows you to express yourself without restrictions, and spoken word poetry becomes tunes,” he reminisces about how it all began for him.

Tripura’s Borkung Hrangkhawl, better known as BK, had similar aspirations at a young age. “The moment I heard it, I was hooked on to it. I found rap very interesting because of the rhyme, flow and rhythm. I was inspired by my father, a politician who fights for the rights of the indigenous people of Tripura, as we, the tribals, have become the minority. I also wanted to do my bit for my people through music. My parents did not understand what I was doing initially, but later came to support it fully. I believe rap can be used as a tool to bring change — an example being my song The Roots — Chini Haa, which was about being deprived of our rights.”

Evolution behind the lyrics and movement

As with the progression of any genre or faction, time is always of the quintessence. After centuries of being fed Bollywood/film music, it may not be fair to expect the country’s listeners (as exposed to globalisation as they may be) to outrightly root for a song structure that basically focuses on less melody, and lays emphasis on the poetry, says Kolkata-based rapper, Vik Sen aka Feyago, best known for his hit Someday that talks of corruption, greed and more. “Our country is not accustomed to a radical change in their listening interests, so it’s taken a while for hip-hop to find its footing here. Yet, I still think this is probably the best time for underground rap in India. Rap comes out of oppression, discomfort and angst, and this seems like the right time for it. The mainstream scene, though, is still at a nascent stage since it’s only restricted to Bollywood and party rap like that of Will.I.Am and Pitbull, but we’re missing a Jay Z or Wu Tang Clan,” he adds.

Initiatives like spoken word and slam poetry which are held across colleges in the country today, though not the same as rap, do their bit in helping young performers hone their skills — and more importantly, add value to the lyrics. Sumukh Mysore — stage name Smokey The Ghost — is well known, especially in Bengaluru, for his rap style, which encompasses concepts masked in stories, be it Bengaluru traffic or political satire. He credits the Eminem movie 8 Mile, for serving as inspiration to his 10-year-old self and believes that hip-hop gives him integrity. “Divine, Prabhdeep, Naezy, Brodha V, Sez and many others have done amazing things for the rap scene in India. Compared to a time when V and I were in Machas with Attitude, it’s a huge jump. We never had a single show at that time. We have come a long way now and have changed the minds of many. 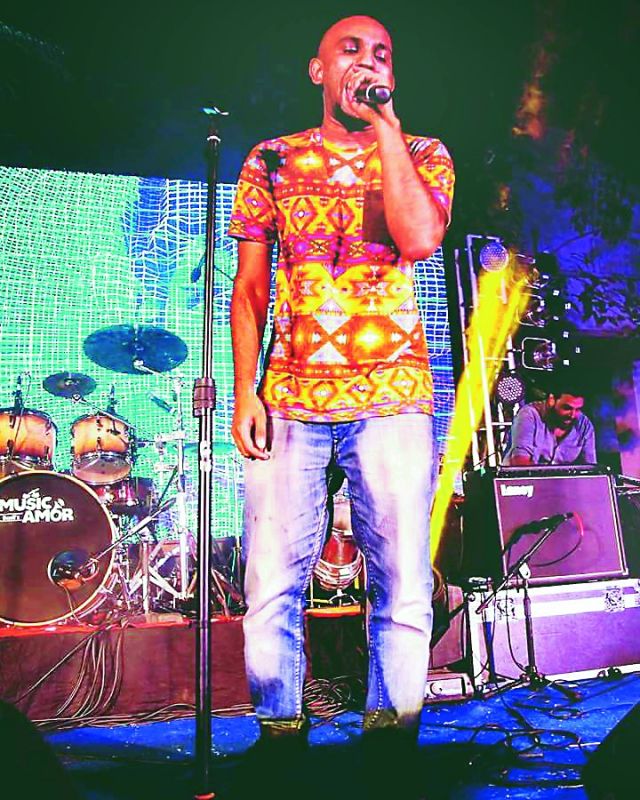 In my conversation with others, I feel we are aware as a community that no one other than us are responsible to keep this alive and growing,” he states on the evolution of the scene today. There is also an influx of talent. Malaysian Tamil rapper Sri Rascol, who’s had success both independently and also through rapping in Kollywood movies, believes that rap has seen exponential growth over the years. “When compared to what we had when we began, new rappers have a much better platform and a wider reach with Internet services like YouTube, etc. It provides them the freedom and space that we initially did not have. However, rap should be more than what is being talked about today and should be inspiring to young people as they are the future,” he says. Although he loves the underground culture of hip-hop, he is also all praise for mainstream avenues. 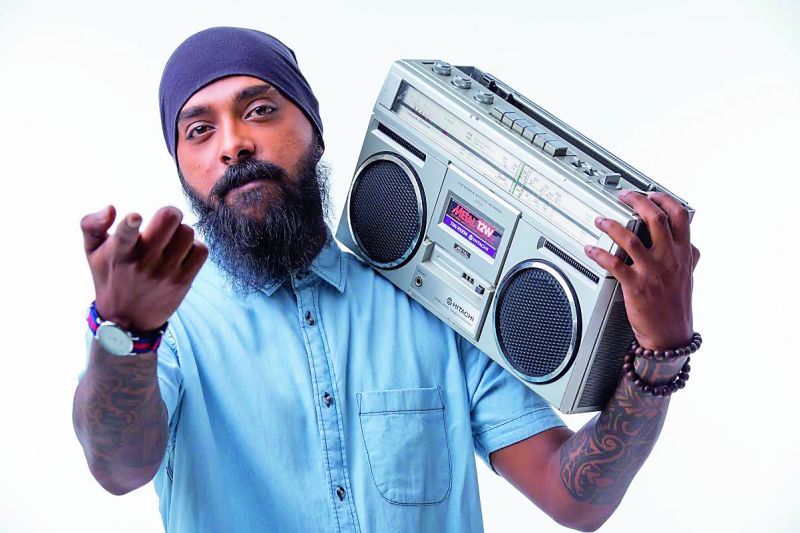 Taking it to the next level

Sharing his thoughts on Zoya Akhtar’s next film, tentatively titled Gully Boy that delves into the lives of the country’s street-rappers, Naezy (who stars in the flick) opines that it’s fantastic for mainstream filmmakers to have shown interest in their story. “I’m sure Zoya will ace this one too. I’m excited to be a part of it, this could bring our deep-rooted stories in front of the whole world.” He also says that the Indian rap scene has grown to be more authentic with hard hitting rhymes and multiple syllables in regional languages are becoming trendy. But do they all want to make this transition of underground rap joining forces with mainstream Bollywood movies? Feyago explains, “I hope it does. My future trajectory relies on this, I need to be able to find mainstream work that isn’t club music. The challenge is to negate what you’ve learnt about rap so far and introduce a new version. We need a Dharma or a Yash Raj to feature our music in something like Student of the Year 2.”

While some rappers might be averse to the collaboration of these two worlds (for fear of their music being adulterated to suit a larger audience), Smokey explains why he thinks it’s necessary in the long run — “Both are different markets, and Bollywood would require me to be something that matches a movie’s demand. The film industry is a great platform for rappers, but it does not come close to portraying what that particular artiste’s talent or essence is. Many believe that even albums don’t work, only singles with videos do! However, I’m ambitious about breaking this trend of making costly music videos for singles and releasing them. I want to let the songs do the talking (like how it is supposed to be) and stop pretending to be the central face or star of a video.”

When asked what he thinks about actors also picking up the mic to rap for their movies, he laughs and says, “While it’s great that people want to experiment with rap, one needs to learn the culture and techniques of the music before attempting it. I started at 12 and had to learn Tamil from scratch from movies and books, so I could rap in the language and create my own lyrics. People should definitely train first. My advice for upcoming rappers would be to hold on and not give up.”

Girl power to the fore

It’s not a secret that the rap scene in India isn’t gender-balanced, and Smokey echoes that thought, “I think what the scene is missing is more female rappers. It’s very important that we have more girls take to the genre and come out swinging.” Along with Sofia Ashraf, Mumbai’s Dee MC, Deepa Unnikrishnan, is among the growing crop of female rappers in the country trying to fill that void with panache. Her music talks of stories she has experienced or witnessed in other people’s lives. 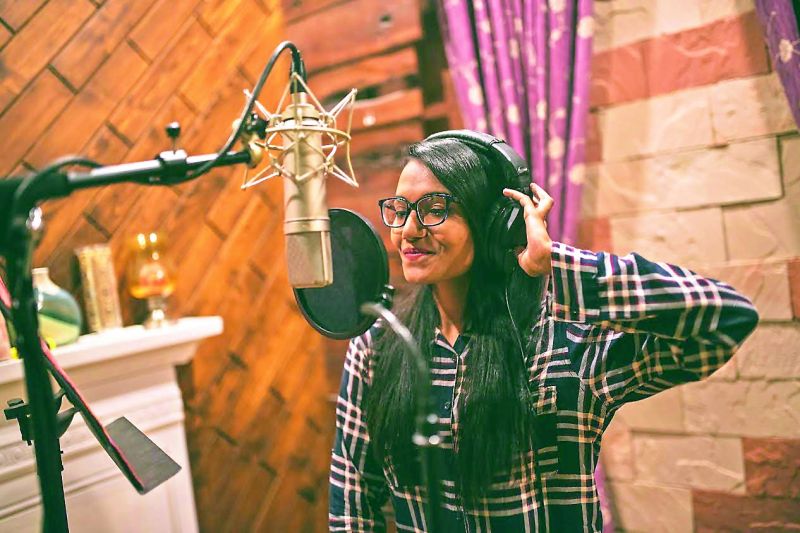 She says, “When I started in 2012, my family had no clue about the vast underground scene our country had, so naturally our opinions differed. They weren’t looking at it the way I was, but now, five years down the lane, everything is kosher. They share my songs with friends and family! In a country where majority women don’t receive basic rights, who expects them to know what hip-hop is? But as Internet grows and more people know about it, I’m sure a lot of bright young girls will take part in some way or the other soon,” Dee MC says on a positive note.