A creation by ace designer Anita Dongre, who says the social media explosion in the last five years has fuelled the problem of fashion plagiarism to gigantic proportions.

When it comes to couture, there is an invisible line between “creative inspiration” and “plagiarism”. In an age when clothes and designs are “ripped-off” by copycats from catwalks and peddled in boutiques and sidewalks in a matter of hours, designers and fashion houses are turning to intellectual property rights (IPR) to secure their trademark designs and register their sketches, artwork, colour palettes and ensemble.

Believe it or not but 20 years ago, the doyen of Indian couture Ritu Kumar almost had to shut shop. Even today, Kumar shudders when she thinks about it. The screens that she had designed and printed (12 of them) had been stolen and sold in Kolkata – and everyone was copying her designs.

Kumar thought of closing down her business and becoming a full-time artist. She filed nine cases and won all of them after eight years. “The law takes its own time but at times it can get a bit exhausting. These cases need to be expedited so that no one dares to copy designers.” Today, she cannot imagine going through the ordeal again.

“Our laws are not sympathetic. After that experience we register all our designs. No one can copy Coca Cola abroad and get away with it. But in India, there is always that grey area that many exploit.”

While several designers have taken to Instagram, Facebook and Twitter to name and shame copycats, plagiarism continues unabashedly. Designer Vaishali Shadangdule says plagiarism always existed. Some big brands of the West were built on that: “repackaging” better what others created.

“I believe plagiarism is a worldwide issue that cannot be stopped. Good brands have to stay ahead of competition by continuously innovating and creating trends. It all depends which audience you are catering to. In the long run, people get to know who are the real innovators and copycats.  You have to be one step ahead of the others. Let others copy you, it will only add to your glory in the eyes of everybody,” she says.

Ace designer Anita Dongre hoped the fashion world would fight plagiarism together, but it didn’t as egos precede reason. She took on the battle against copycats solo. Her husband Mukesh took the lead. So a significant amount of research went into assessing the magnitude of the problem. The reality turned out to be much worse than she had imagined.

The challenge that plagiarism poses is that it affects the entire ecosystem. The customers are hoodwinked into purchasing poor quality copies of the original. Also, innovation is at an all-time low and in the case of artisans it’s problematic as it takes away their share of livelihood, which is generated out of the quantum of purchase of the original work of art. 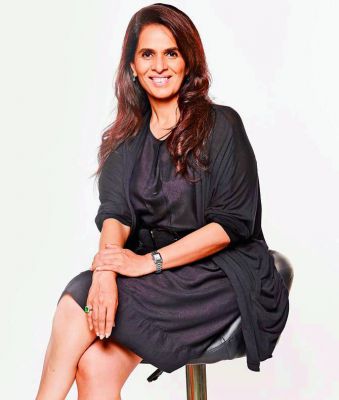 We are extremely vigilant of our IPR and assets. We have secured various trademark, design registrations etc. When someone has copied our designs, we have sent legal notices and even filed lawsuits.” — Anita Dongre, ace designer

Recently, Anita moved the Delhi High Court against infringement of her registered designs. The copycats were renowned textile houses from Jaipur and a famous bridal wear store in Chandni Chowk, Delhi. “We obtained ex–parte ad interim injunction orders from the HC restraining them from manufacturing or dealing in any kind of garment, lehenga etc. We presented before court the similarity in the shape, configuration and ornamental surface pattern of the original ensemble and the copy,” says Anita.

Worse still, there were wedding blogs with customer reviews on how the Chandni Chowk shop was a must visit for dirt-cheap copies of designer lehengas. Her cases are still pending before the court.

A stitch in time saves nine

As one of the bigger design houses in the country, which caters to men and women across all age groups, Anita has always had some amount of her designs and silhouettes copied. But with social media explosion in the last five years, the problem has attained gigantic proportions.

“Our bridal lehengas and fabric prints are constantly copied. It has come to a point where some large apparel stores have gained a cult following for stocking duplicates of our designs and those of other designers. What’s worrying is how blatantly they copy the images from our websites, social media and sometimes from our stores and put them to use without any fear,” she adds.

Several designers have spent time to address this menace outside courtrooms – sent requests, letters, and notices, but in vain. They had to set up an entire team within the company to issue notices to merchants who copy their work. There is a physical and, more importantly, mental cost to seeing one’s work being blatantly copied and undermined every single day.

The Laws of Fashion

To bring about a distinctive change in the fashion world and stop the menace of plagiarism, Safir Anand, who runs an almost 80-year-old law firm Anand & Anand has been working in this field and was also awarded for its work on IPR.  “There is a lack of awareness in the fashion world. They don’t realise that they need to protect their designs, considering the rampant copying that exists,” says Safir, who has worked internationally with brands like Hermes and Louis Vuitton.

Safir is on the board of the Fashion Design Council of India. He has helped many designers like Gaurav Gupta and Rajesh Pratap Singh to copyright their designs to counter plagiarism.

Seeing the uproar that such incidents create whether it is Samant Chauhan vs Rohit Bal or Anamika Khanna’s young boys Viraj and Vishesh, who were in the eye of a storm, many have decided to take the legal recourse to ensure their designs remain unique. You have to apply for protection first and it shouldn’t be in public domain, plus, designers make so many clothes all year round, they can’t foretell what will work.

And the frontrunner of this campaign has been Sabyasachi Mukherjee. He has mentioned about the countless hours he and his team put in to get the pattern, forms and prints right. He allegedly went to court against an ethnic wear firm and won the case. 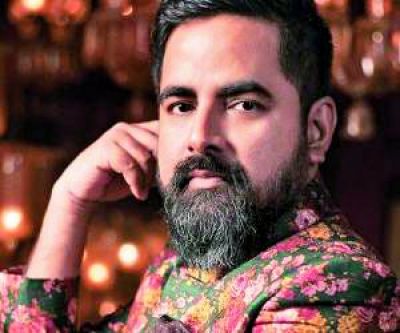 “When you are an important voice and a power brand, plagiarism comes with the territory” — Sabyasachi Mukherjee

“Social media has helped this cause enormously as you have evidence which is seen by millions. If you see Ralph Lauren has made his horses bigger to stop counterfeiting. Tod’s protected the dots at the back of the shoes and Burberry protected the ‘check’ as a trademark not a design,” says Safir.

Safir feels that some designers are penny wise, pound foolish, as they don’t understand the importance of IPR. Coca-Cola has worked with Visualead to start Visual QR Codes and it allows customers to verify its authenticity by simply scanning the code.

“Then there is The RFID tag is sewn into a bag or clothing and buyers can use their phone to scan the tag for verification,” explains Safir.

Ideas can’t be copyrighted and in India, design laws are not stringent in terms of addressing plagiarism.

“They haven’t been defined in a way where one can make a case. In terms of silhouettes, you can’t claim copyright. There are basic silhouettes and one improvises as a designer and that’s where creativity lies. If you ask me, I feel that copyright issues must be addressed in fashion and design schools so students can understand the concept of design. There are many cases of alleged pilferage and one has to be equipped to understand if it is plagiarism or inspiration,” says Samant Chauhan.

Plagiarism and counterfeiting in the fashion world is a deep-rooted problem and Shantanu and Nikhil Mehra have been victims of counterfeiting. The duo has been synonymous with drapes in Indian menswear with military chic details and minimalist structure. Four years ago when they introduced it, their style became a fresh take in Indian occasion wear for men.

“Since then, it has been copied by every brand possible. As a precautionary measure, we have undertaken legal remedies. In fact, we have summoned the culprits with cease and show cause notices in many cases. Most of them have promised never to do it again. After the notices, we as a team constantly monitor the culprits. The best way to counter the counterfeiting market is to have your own affordable ready-to-wear brand that is scalable to every city in the country. We are doing that by launching our new menswear bridge to luxury brand by opening two such flagship stores in Delhi in March 2020,” says Shantanu.

Fashion Design Council of India, chairman Sunil Sethi has seen many such incidents take place and often tries in his personal capacity to soothe many a ruffled feathers by inviting both warring parties to negotiate.

“I think being in the fashion world what is most important is originality. As this is a creative effort however, I feel sometimes one tends to over step that line between inspiration and being too inspired, rocking the already fragile boat. The key to solve this is sticking to your signature and evolving it with time,” he explains.

While plagiarism of designs is a serious concern across the world and many designers vent their distress on social media, there are some self-appointed couture watchdogs like Diet Prada and Diet Sabya to name a few, who call out fakes and expose the copycat culture in the fashion world with cheeky captions and photos.

In fact, many celebrities and designers religiously follow these virtual watchdogs to avoid fashion faux pas and check if their designs are being copied. After all, imitation really isn’t the sincerest form of flattery!