Shingled roofs, green slatted windows. Red oxide floors, chequered verandahs. Courtyards with swings. Tall, ornate columns, stained-glass windows, spiral stairways with wrought iron vines… A gloriously beautiful Indianness in architecture once gave our cities and towns a distinct visual identity — from the smallest of homes to the grandest of buildings. History is not only embedded in the grand and regal structures of India, but also in the homes our elders once lived in. 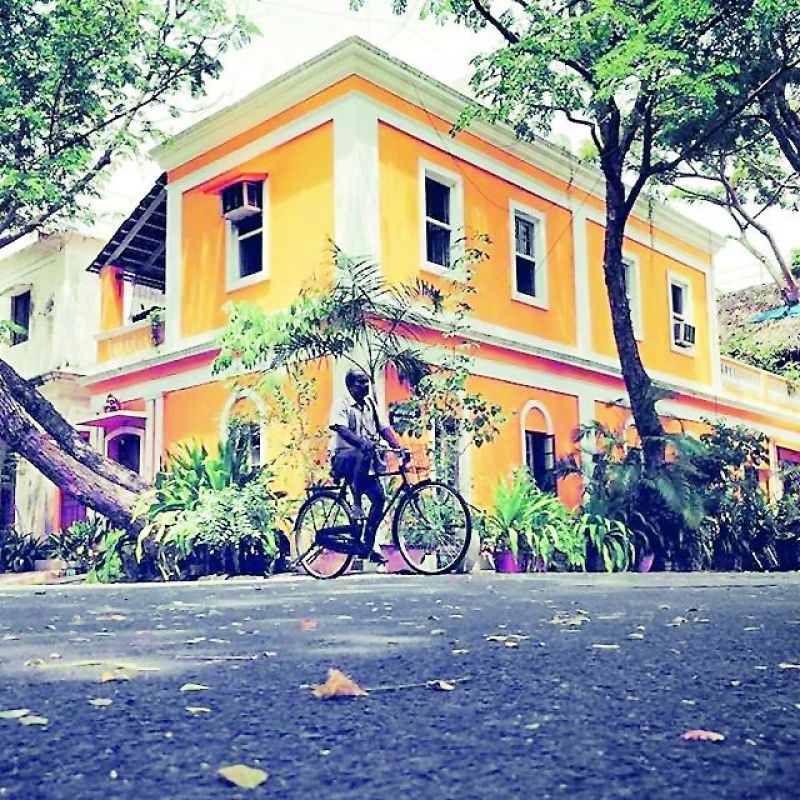 But the demands of time have been swiftly and sweepingly changing the face of our urbanscape — and old homes, heritage buildings, iconic landmarks and nostalgic hubs are being razed to make way for builder flats and monolithic high-rises. 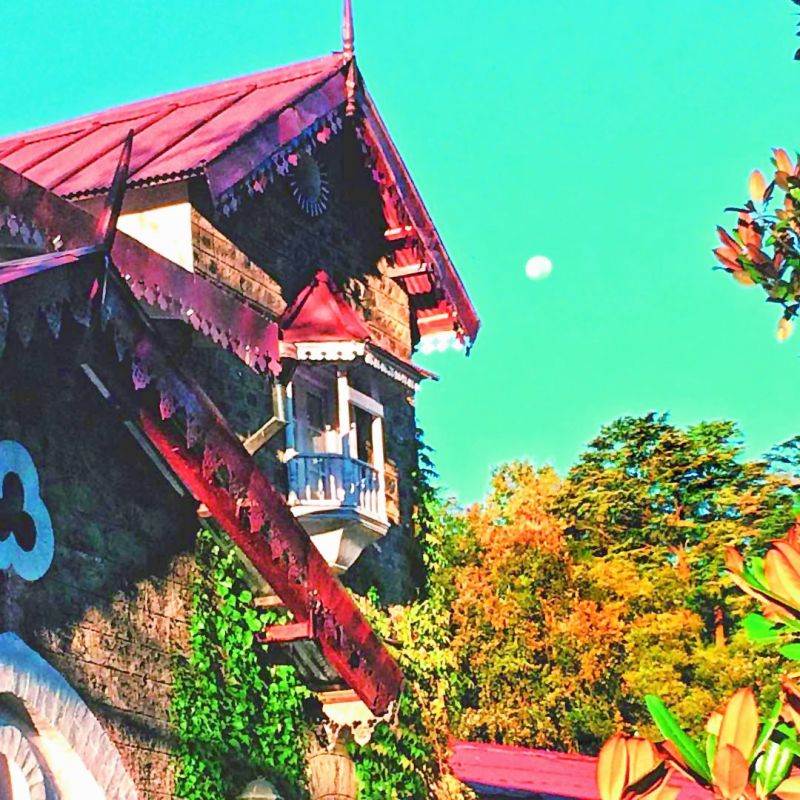 RK Studios in Mumbai will soon be demolished. The iconic Kenilworth Hotel in Kolkata was razed this March. Sheikh Abdullah's old home in Srinagar, Delhi's Hall of Nations have been brought down... 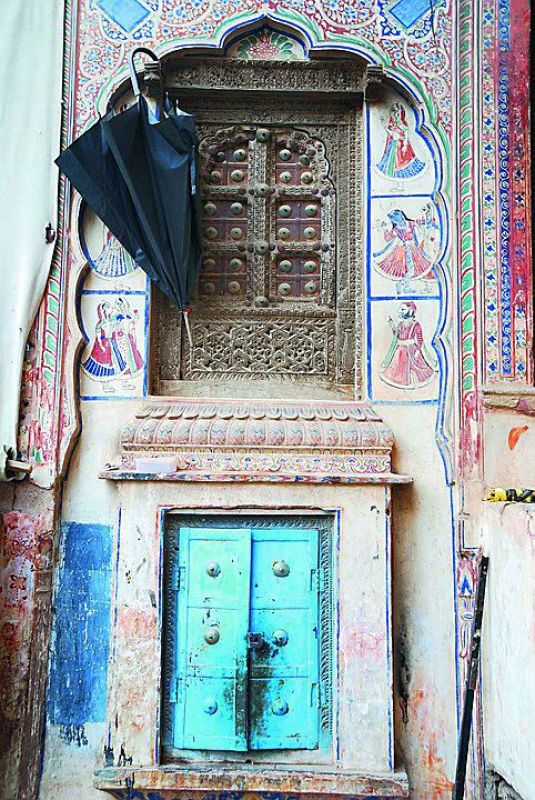 As the change gains momentum, some individuals and groups are fighting to preserve these heritage buildings, and photographing and documenting them to preserve the memories of those lovely lost homes.

A fading beauty
One such team trying to capture the fading charm of houses in Kolkata runs a page on Instagram called ‘Calcutta Houses’. “I have many memories of growing up in an old house. The tall windows, red floors, steep steps, elegant paraphernalia still haunt me. My memories and imagination are full of the nostalgic charm of these old houses,” says Manish Golder, who is part of the Calcutta Houses team. 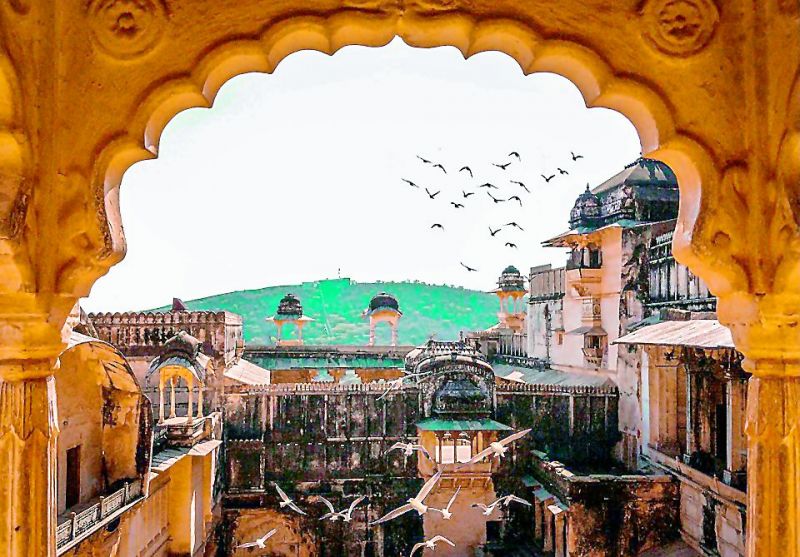 The change is sweeping across the country. Interior designer, art director, photographer and poet, Bharat Tiwari recalls, “In Delhi, when Connaught Place was built, it was extremely beautiful. The parking space used to be gardens. Everything just changed for the worse with time.” 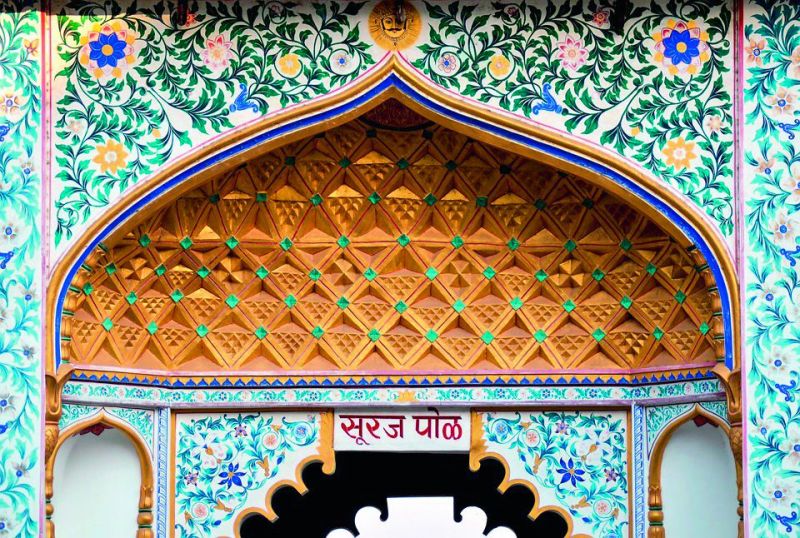 It is not just heritage buildings in cities that are a faded version of what they once were. Even small towns and villages are losing their visual identity. Artist and curator Priyanka Banerjee reminisces, “Development activities have taken a toll on the scenic beauty of our villages — the jharokhas in havelis are being replaced with plain, utilitarian windows, artistically adorned walls are being replaced with modern tiles. In pretty little hilly towns, old houses and colonial bungalows we had read about in Ruskin Bond’s stories are being brought down to give way to multi-storeyed buildings. I feel pained to see the loss of interest in our rich cultural heritage. In our fast-paced lives, we have forgotten to pause and appreciate art and aesthetics.”

A home that was

The charm of long verandahs, sprawling gardens filled with blooms and squirrels, attics filled with cobwebs and creaky trunks, ivy covered walls… that’s the stuff of memories and stories now. 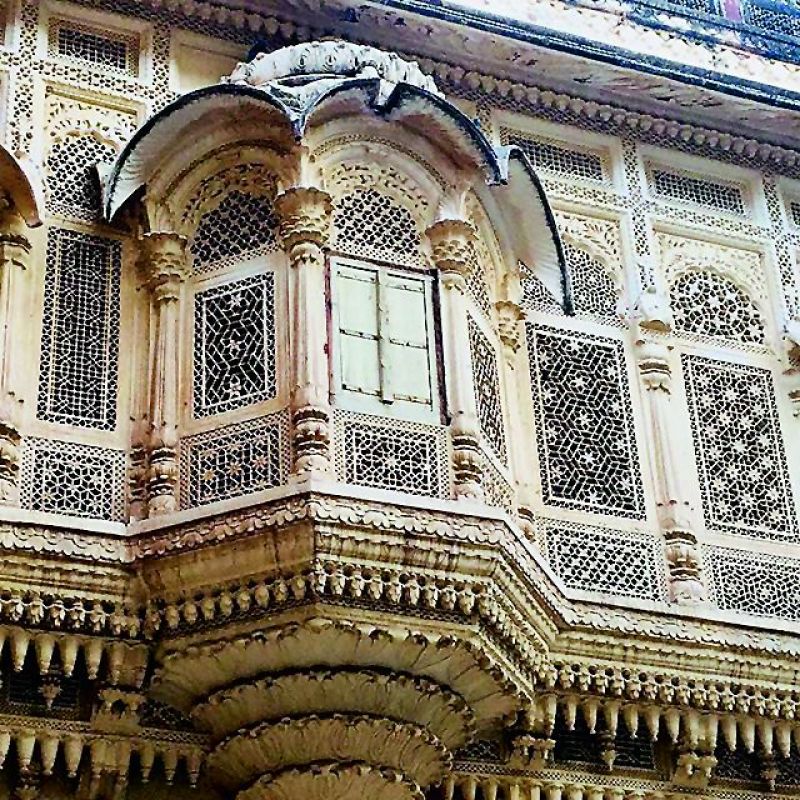 Most of our grandparents' homes are forever entrenched in our memories, agrees architect Sangeeta Kapoor, wistfully ruing that the huge big peepal tree in the courtyard, gardens with arched walkways and half-open courtyards are now a thing of the past. “Lots of our emotions of our growing up years are attached to open courtyards and verandahs. They brought an immense sense of well being and comfort. These transitions have commercialised and modernised our living styles, we are all in a big rush of instant living. The urban landscape is largely concrete and clinical. I miss the charm and nostalgia of Lutyens Delhi, the colonial style architecture and the old world bungalows with open courtyards and huge stairways,” she says.

History around every corner

The beauty of our historical heritage is present in every nook and corner of the country — from a serai in a seaside town, to a shikar ghar in a city, a dak bungalow in a hill station, or a zamindar’s mansion in a village… It’s something that’s been part of our everyday lives, and thereby, often not cherished enough.
A perspective from someone who didn’t grow up among this heritage, certainly makes one think of what we are losing. Growing up in North America, Vicoria Lautman, author of The Vanishing Step-wells of India, was spellbound on her first visit to India. “It was thrilling to be surrounded by layers and layers of history, that’s not something Americans experience on the same scale. Ours is a new country, just a few hundred years old, so having this tangible, vast sense of history, all the time, in so many architectural forms, was overwhelming for me. A place like Hampi where you can literally wander a few yards and you’ve gone back in time several centuries. You may take that for granted, but I can tell you, it’s miraculous for someone like me,” she says. 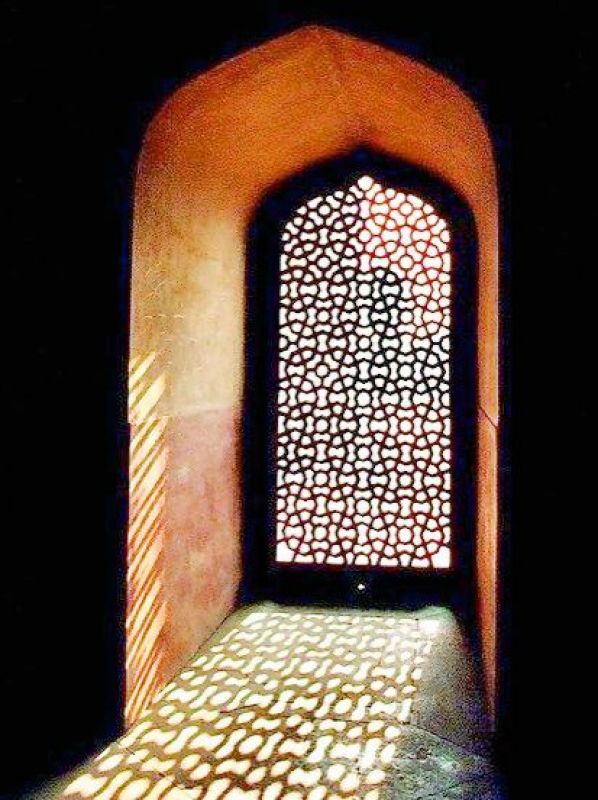 During the period of 1950 to 1987, as the Republic of India, we built mass housing, new cities and expanded into the hinterland on a large scale to cater to the population boom, without any significant additions to our architectural heritage. Architect Adreesh Chakraborty, founder of The Earth Home and author of The Adventures of Inchy Slim says, “If you woke up in a hotel room, out of your jet-lag driven slumber, not knowing where you suddenly are, chances are that the sight from the window might bewilder you even more. 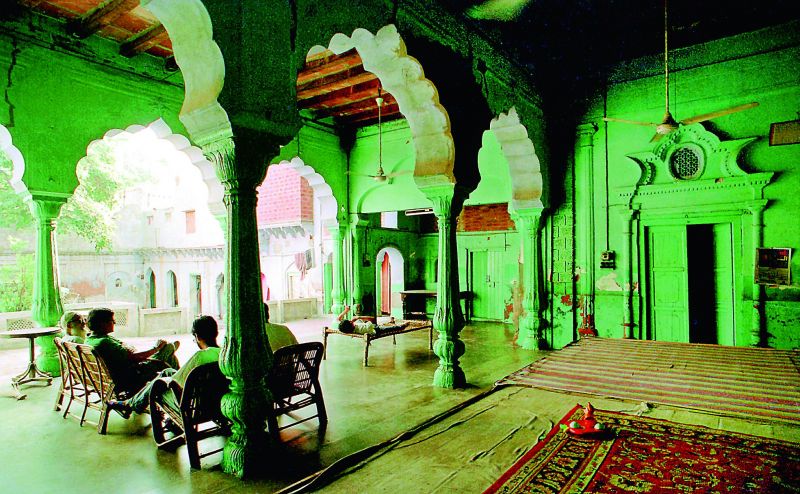 As we hurtle straight into a future towards a unified global civilisation, new communities, townships and cities are mushrooming at an unprecedented rate. They adapt and respond to a common global market and adopt and use global design philosophies and construction techniques making them all similar in nature. The percentage of historic sites when compared to new habitats is reducing at an alarming rate today given the phenomenal growth and development of new cities and habitats. From 850 AD to 1550 AD India has seen empires of the Rashtrakutas, Chandelas, Cholas, Kadambas, Chalukyas, the Khiljis and Portuguese. Each of these dynasties laid the foundations to their own architectural languages, adapting, recreating and innovating with care.”

Even during the era of colonisation, the small countries that came to hold significant parts of the world would build to recreate their homeland. “Thus we find a Portuguese wish for Lisbon in Goa or an English yearning for London in Kolkata. What is fascinating to see is that the architectural characteristics of the region would unwittingly find their way in to create an altogether new language for each region,” he says.

Architectural monuments are a window to the past and are a living testimony to our historical legacy. Without these monuments, we will be devoid of any tangible proof of our history, only to depend on the ones who wrote it.  Adreesh says, “Architectural history does not only stop at major historical monuments. They can be found in living sites like the old Portuguese homes in Goa, the French quarter in Pondicherry, the grand mansions of Kolkata or the living fort of Jaisalmer.”
After India gained independence, apart from Chandigarh, no new city came into existence in India. Photographer Bharat Tiwari says, “We are just adding on to the old cities. Delhi is almost reaching Panipat now. So where is the development? The argument that Indian architectural heritage is being lost because there is no space left in the cities is an invalid argument. It should have been the responsibility of the government to build new cities across the country. That did not happen and we kept on putting pressure on existing cities. The government should have strict laws regarding town planning and heritage. Each building in Old Delhi has heritage embedded in it. But has the government ever bothered to beautify, restore and revive it? It could have generated such huge revenue from tourism. It’s a shame.” 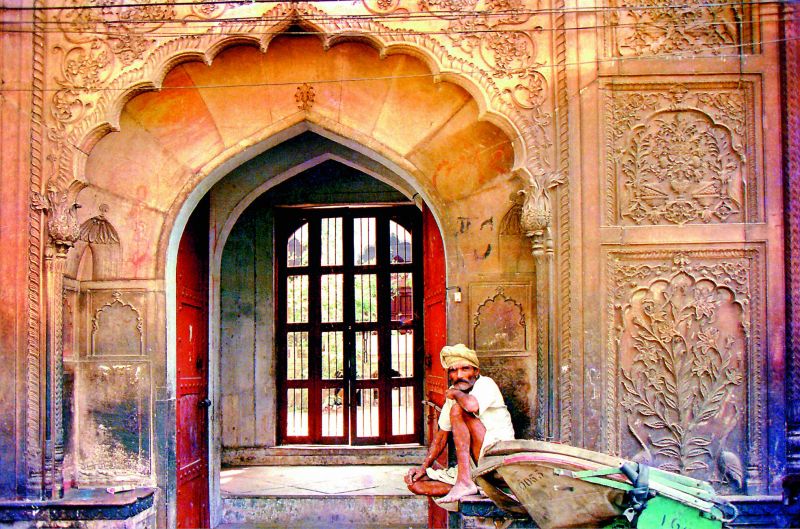 Tall buildings and compact living are a response to the rapid increase in urban density. While low-height, high-density developments have various forms of human engagement that are conducive to communal living, quite often, there is almost no ground available. On the other hand, in high rise developments, the design needs to engage the community and the reclaimed land. Today, suburban gated communities are preferred due to the ease of availability of communal facilities, gathering spaces and playing fields. The debate lies in defining the balance between low and high rise. Architect Sonali Rastogi says, “Some of our strongest visuals of the Art Deco Movement comes from the skyscrapers of New York. Chrysler building is one of the first buildings that comes to mind when one thinks of skyscrapers. From time immemorial, all cultures have aspired to build high and create iconic structures. Qutub Minar is one such example. The debate of whether high is artistic or not, to me has deeper psychological and political ramifications. Height has other reasons for existing, other than just urban density.”

Not all cities have a historical or cultural heritage, modern cities are a result of expansion of domain, eventually moving so far away that the direct relationship with heritage ceases to exist.

“Unfortunately in India administrative officers who deal with urban planning and are the ones in charge of approval are the usual government office-goers with no knowledge or skill to focus on aesthetics. They only go by mathematics and norms. Design juries are absent in the current system or have no power at all to override the bureaucracy. As a result, there’s lack of sensitivity in terms of heritage and rationale in terms of urban growth,” believes architect Dhruv Kalra, adding, “Solutions seem weak, either serving the capitalistic ideology or just filling spaces in an irresponsible way. Lack of vision and holistic approach at town planning level has led us here. Most rules and regulations are out-dated, unnecessary and seem to be full of loopholes for exploitation. It is either vote bank politics or personal/biased agendas which drive policy making in most case scenarios.”

India has the Archaeological Survey of India (ASI), that has 3,650 listed monuments under its care, protected by the Ancient Monuments and Archaeological Sites and Remains Act of 1958. There’s also the Indian National Trust for Art & Cultural Heritage (Intach), a non-profit charitable organisation, whose mission is to conserve heritage, and it has done tremendous work in identifying, listing, documentation and conservation while spreading awareness through publications. There are several other organisations too looking at conserving heritage in India.

“However, coming up with a conservation plan for the entire country, region by region, allocating and arranging funds for the restoration works and carrying them out is a mammoth task that requires an unified driving political will, state by state and as a nation on a whole. With our monuments, we are running against time. Everyday we lose precious parts of our history to neglect, encroachment, new developments and the dire requirement for new habitats in our times of an unprecedented population explosion,” shares Adreesh.

Art and aesthetics of modern spaces have changed not only our way of living, but also our sense of home. Manish Golder feels, “How we imagine and adapt to space has completely changed. We are more trapped in cubicles and clustered housing now. The entire perception of home and hearth has changed.”
In present times, people are connecting over social platforms and meeting up in coffee shops. And slowly fading away into the realm of forgotten times are the little home-grown joys of pickles drying in a sunny courtyard, story sessions under the stars on the terrace, growing plump tomatoes in the backyard, sprawling armchairs on verandahs, fans whirring on high beamed ceilings, and that little hidden crevice for storing childhood treasures in the gnarled jackfruit tree…