Paul Naronha, executive chef at the ITC Kakatiya, says both the brain and liver are considered favourites in the organ department.

World over diners are increasingly opting for organ meat. Tongue, trotters, intestines, brain and more are going mainstream. Ox tongue sandwich in London’s popular department store Selfridges is a huge hit with shoppers. In Mexico, small intestines of farm animals are used as filling in tacos. In Hyderabad paaya (trotters) is considered comfort food. Then we have bheja (brain fry) which is another hit dish.

What is it about the insides that is making more and more people say yummy?
Madhu Krishnan, head of culinary innovation, ITC Hotels, says eating innards is nothing new. “If you look at culinary history, a lot of austerity was practised in the way we used animal produce. To avoid wastage the entirety of the animal, including ears and eyes, were used in various recipes,” explains Madhu. In Goan cuisine there is a pig ears curry. 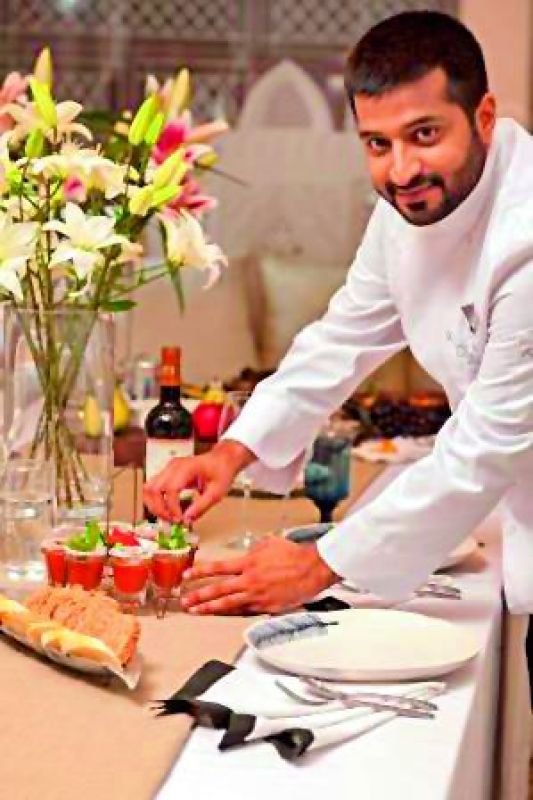 It’s not like we are eating something nobody has ever consumed before, but this trend has come back because of various factors. “There is a sense of adventure, a novelty value and it gives chefs the opportunity to create new things, using the bandwidth of ingredients to the fullest,” adds Madhu.

Viraj Mohan, a well known foodie in Delhi, says now, thanks to exposure to TV shows like Master Chef, availability of ingredients and experimental chefs, organ meat in the Western sense is gaining popularity in India. 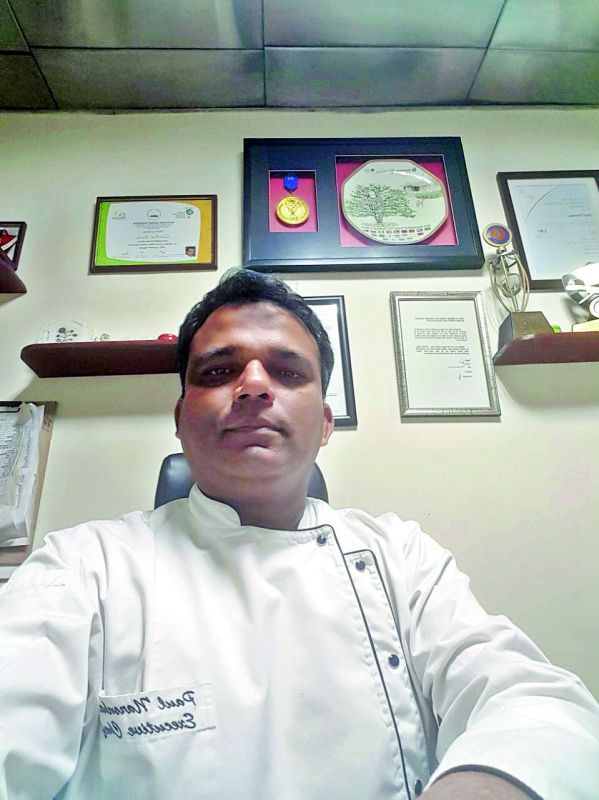 “It has always been popular the world over and in the Indian food sense liver and kidney have been staples. But now pate and other parfaits of liver are being enjoyed. Combinations like cracked pepper and liver, mushroom and liver are in demand,” he says.

Earlier labelled spare parts, meant for people who couldn’t afford the prime cuts, organ meat has risen in esteem because it has received delicacy status. An exotic dish that a true foodie must appreciate. 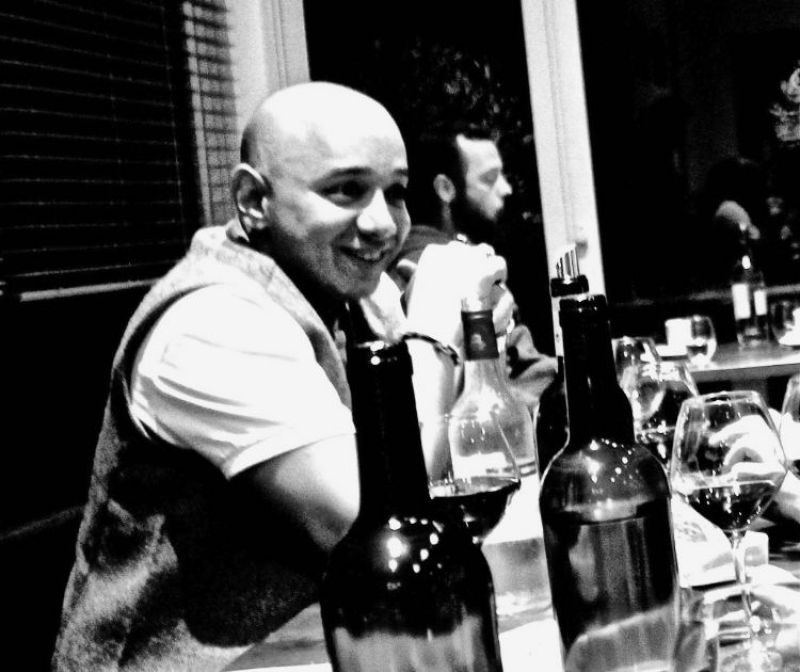 Paul Naronha, executive chef at the ITC Kakatiya, says both the brain and liver are considered favourites in the organ department.

Just don’t count on liver as your everyday source of protein though because it is very high in cholesterol and people with high BP should eat it sparingly. Viraj Mohan too says, “There is no sugar coating it. Organ meat is extremely heavy. Especially pate, with all the cream and butter that goes in.” 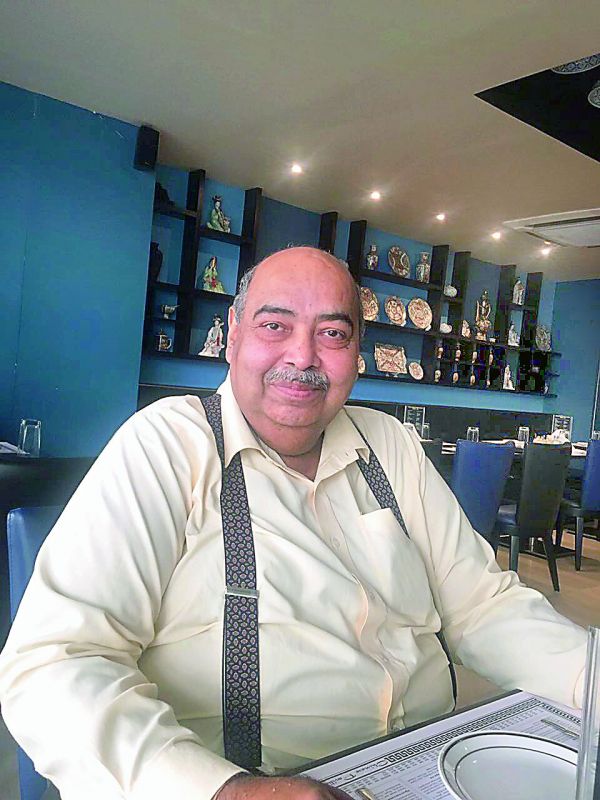 Paaya, on the other hand, according to Mandaar Sukhantkar, corporate chef at Windmill Crossworld, is excellent for your bones and a good choice for patients recovering from an illness. Apart from organs even blood is used in delicacies.

“There is a Goan dish called Sorpotel, which is a curry consisting of pork pieces and liver. Purists use fresh pork blood as a thickener here. No water is  used in the masala and the dish lasts long because of the use of vinegar in it,” says Chef Paul.

He adds, “In Madurai there is a starter called Raktha Poryal. This is again fresh goat blood that is steamed and then when it cools down, it is cut into diamond shapes, given a nice tadka and served with drinks.”

For Hyderabadis, the Old City is a haven for this kind of food. Chef Mandaar says during Ramzan you get a dish which is a mix of brain, liver and pieces of intestine.

For the rest of the year there is Zabaan Paaya, which is tongue and trotters, Nihari, a lamb-based soup which uses bone marrow.

“The terminal part of the body like hooves and trotters contain a lot of gelatin which is great for soups and stews,” says Mandaar.

Bheja (brain) fry is a super hit dish. Brain is soft, squishy and buttery. “So it’s nice to make brain fritters where the outside is crispy and crunchy and inside it’s soft and gooey,” advises Mandaar.

Pradeep Khosla, CEO and Corporate Chef at Zaiqa-e-Hyderabad, says the good old bheja fry is a very popular dish on his menu and youngsters love it. Why? Apart from being tasty, it’s considered a delicacy and youngsters today love introducing their palate to various speciality dishes around the world.

Another dish which uses zero meat and only organs is Chakhana. This delicacy is gobbled up by many a Hyderabadi and its ingredients are trotters, windpipe, eyeballs and other innards of the goat.

Chakhana may not be something everyone loves, but liver has become so popular that it is totally mainstream. The great part about it is that it allows itself to be utilised in a lot of different styles. You can have pate on toast, cook it desi style (kaleja fry) and more.

Another part of the body which is used a lot in French cuisine is caul fat — the outer layer of a goat, pig or chicken’s stomach, reveals chef Rishi Bharadwaj of Holly Belly Food Boutique in Delhi. Rishi specialises in European cuisine and uses caul fat as the outer layer to stuff minced chicken, pork or lamb in. “I soak caul fat in vinegar for three days before using it. You can roast, steam or consit this dish. It’s served as a main curse in French cuisine and you can use elements like steamed vegetables, a sauce, citrus fruits or salad to go with the dish.” Rishi says he has been serving and eating these delicacies for the past six years in Delhi.

India is certainly opening up to all kinds of food but there is a bit of a North/South and sometime city divide in taste buds. For example, chicken liver is considered delicious up North but Chef Khosla says down South people prefer lamb or goat liver.

Testicles don’t have much of a market in Hyderabad but are popular in Bengaluru and Delhi. Chef Khosla says in the North kheema with liver and testicles is considered yummy, but in South testicles are avoided. Another reason they could be disliked is, “they are quite chewy and springy, and have a bite to them,” says Chef Mandaar.

The next time you head out for a meal, in the mood to cook or want to order in, give the usual butter chicken, biryani and curries a miss and try some sweetbread (organ meat from the pancreas and thymus gland of pig or lamb).

Heat butter to separate, strain and throw away the foamy parts, reserve.
Heat a little olive oil in a frying pan. Slowly fry the onions and garlic for 10 minutes, until soft and tender, then remove to a plate. Wipe the pan clean with some kitchen roll, turn up the heat, then throw in the livers and most of the sage or thyme. Cook the livers for a couple of minutes on each side.

Pour in brandy/cognac and flambe to get rid of the alcohol. Remove from heat and pour into a food processor, blitz with the cooked onion and garlic, adding cream and butter till you get the desired consistency. Season with sea salt and pepper.

Sprinkle the remaining sage leaves over the parfait, then spoon over the clarified butter. Leave the parfait to set in the fridge for 1 hour. 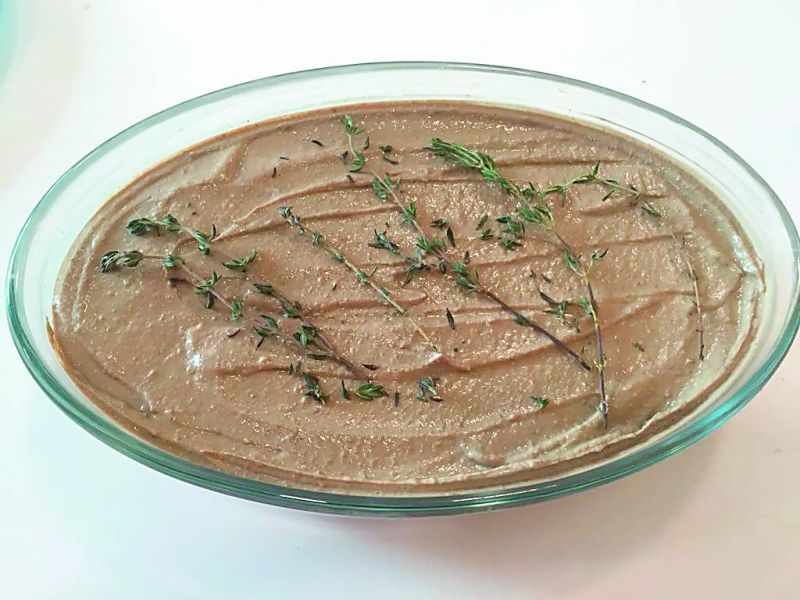 Wash liver and remove the thin layer of skin surrounding it.
Cut kidneys into four and peel the skin and remove excess fat.
Cut the kapooras into four.
Cut liver into small pieces of an inch square or thinly sliced vertically.
Marinate in garlic-ginger paste, salt, haldi, chilli powder, masalas and oil for at least 30 mins.
Heat oil in a non-stick karahi, put the dry whole spices and let them splutter.
Add the chopped onions and brown them till golden brown.
Add chopped tomatoes and make to a smooth paste by adding some moisture.
Add the marinated meats and cook on medium flame till done and masala thickens.
Add lemon juice and garnish with chopped coriander. 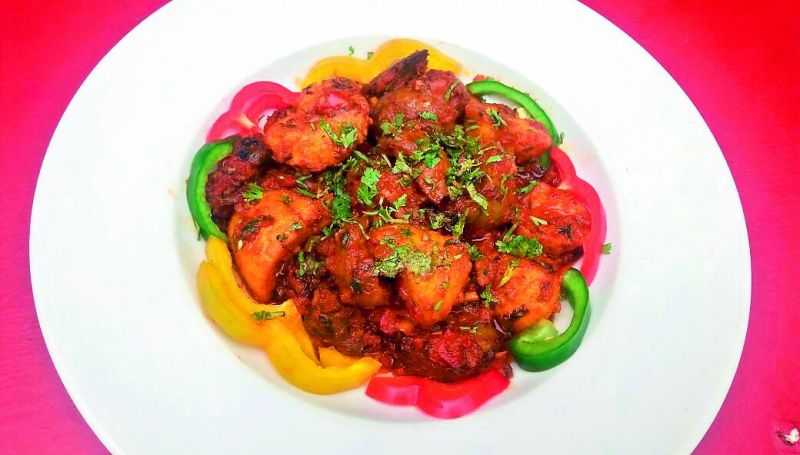 Clean, wash and drain the mutton mince  and offals thoroughly.
Peel and chop the onions and garlic finely.
Peel the ginger and grate.
Wash and mince the green chillies. Clean, wash and chop the coriander leaves.
Heat oil in a thick bottomed pan and add the chopped onion. Fry till lightly browned. Add garlic and stir-fry for a minute.
Add gurda kapoora and kaleji and sauté for a few minutes
Add mutton mince, grated ginger, minced green chillies, coriander powder, cumin powder and red chilli powder.
Stir-fry for five minutes, breaking up any lumps if formed. Add ¾ cup of water, bring to a boil. Cover, lower the heat and simmer for half an hour.
Add chopped coriander leaves, salt, garam masala powder, lemon juice and the remaining water. Mix well and simmer covered for about ten minutes. Adjust seasoning.
Garnish with ginger juliennes and chopped coriander. 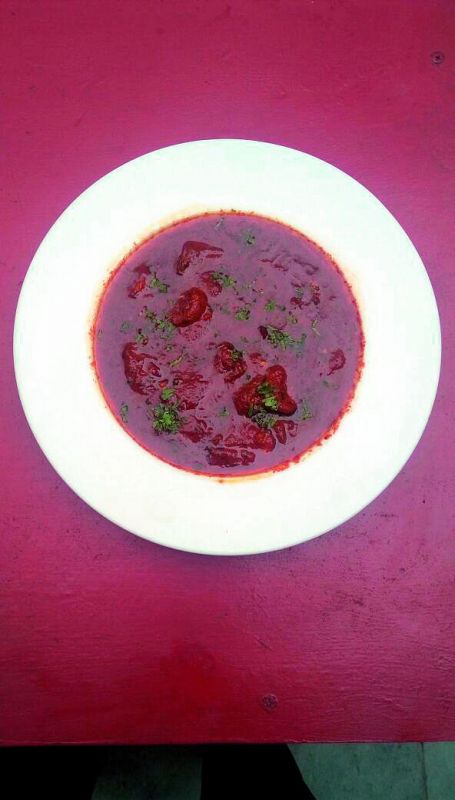 Grind to a paste all the ingredients except mutton brain, curd and coriander leaves.
Heat the ghee well in a karahi and fry the paste till it turns brown.
Add the mutton brain and fry for some time. Do not break the brain at this stage.
Add the curds and cook for 10 minutes. Roughly chop the brain at this stage for it to acquire the masala flavours.
If required you can add half a cup of hot mutton stock to make a smooth masala on the tawa.
Cook till lipta consistency and add some amchoor powder. You could add lemon juice as a replacement for amchoor.
Serve garnished with chopped coriander and slit green chillies. 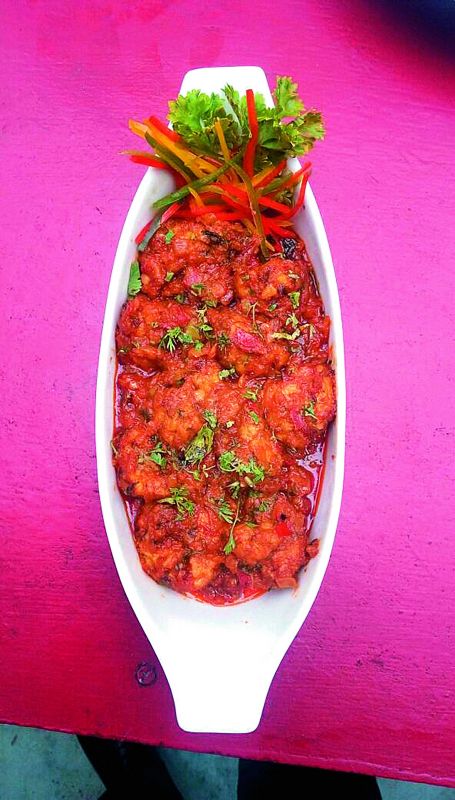