Artist Okuda San Miguel’s work was first on display in old factories and abandoned railway walls in the streets of Santander, Spain in 1997. Since then, he has experimented with large-scale murals, tapestry, sculpture and photography. But it was his latest project for the Kaos Temple, where he turned a 100-year-old church into a retreat for skateboarders, that made him a sensation on the Internet in December last year.

A resident of Spain, Okuda first stumbled upon pictures of skateboarders surfing in the halls of the deserted church — now called the Kaos Temple — on the Web. He decided to raise funds for the collective, and even set up a crowd funding space to get sponsors on board. His efforts paid off — the peeling walls have now made way for a kaleidoscope of colours. 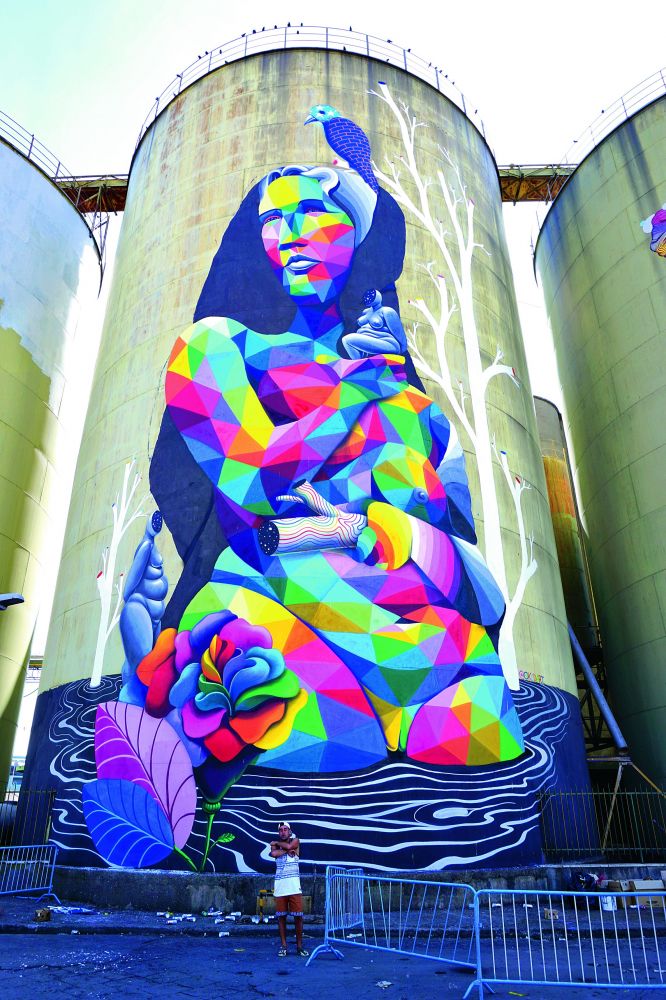 The walls of the church are replete with colourful murals, in his trademark geometric patterns on animal and human figures for company. Okuda says, “I saw the picture of the church on the Internet and decided to contact the guys from the collective. Since then, I have been thinking of ways to revamp the hall. The crowd funding worked, corporate sponsors pitched in to help us. Every little effort went a long way in making this successful. It took me seven days for the production work. We used three big lifts to get to the height of the church. I stuck to five colours of acrylic paint and 500 sprays paints.” 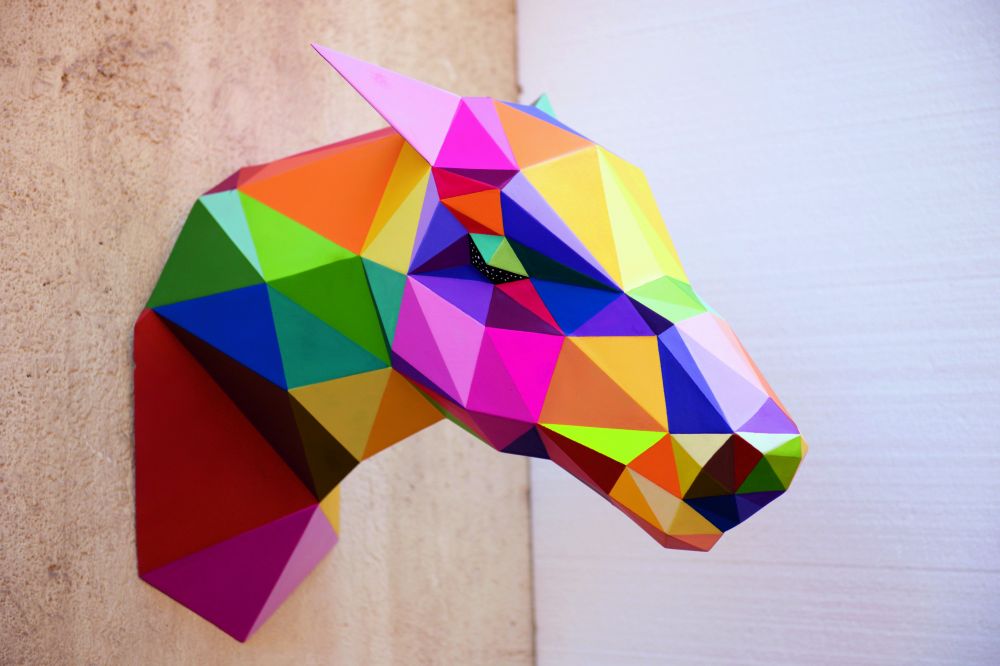 Horse sculpture  The process for creating the murals in Kaos Temple was simple — Okuda decided to make an iconography of his works. He says, “I wanted to do something like a retrospective: I wanted it to feel like the viewer was talking a peek into my world. I represented it with animals, trees, humans and the infinite universes.”

His work, be it sculptures or murals always bear witness to his signature “print”. Bright coloured geometric shapes, which resemble a prism, stand in contrast to grey-shaded organic forms to depict existentialism. He says, “I started to paint 3D letters in 1997, and then graduated to experimenting with geometric letters. I transformed these letters in minimal figures like triangles, rhomboids and circles. 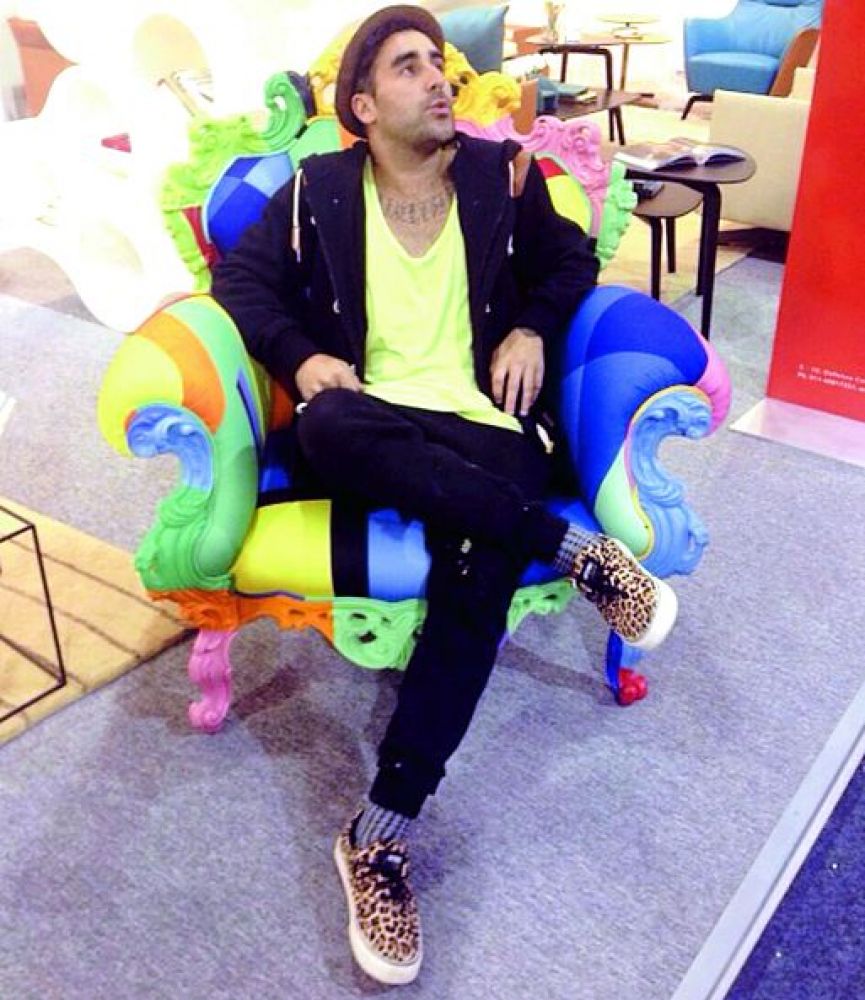 The artist and his creations

Soon, I started mixing it with my surrealistic work. Today, geometric architectures on a grey and organic backdrop mainly comprise my work in the studio. My work always talks about existentialism, the conflict or dialogue between capitalism and nature. I like to represent the conflict between modernity and the desire to reach one’s roots.”

The artist has also left his imprint in our country — he has painted a wall in Cervantes Institute, Delhi. He was also a part of the Street Art Delhi Festival in Delhi last year; painted a wall at the Kotturpuram railway station, and even did a piece over a whole car train. He says, “The train was supposed to travel around India. It was supposed to be like an art movement in India.” 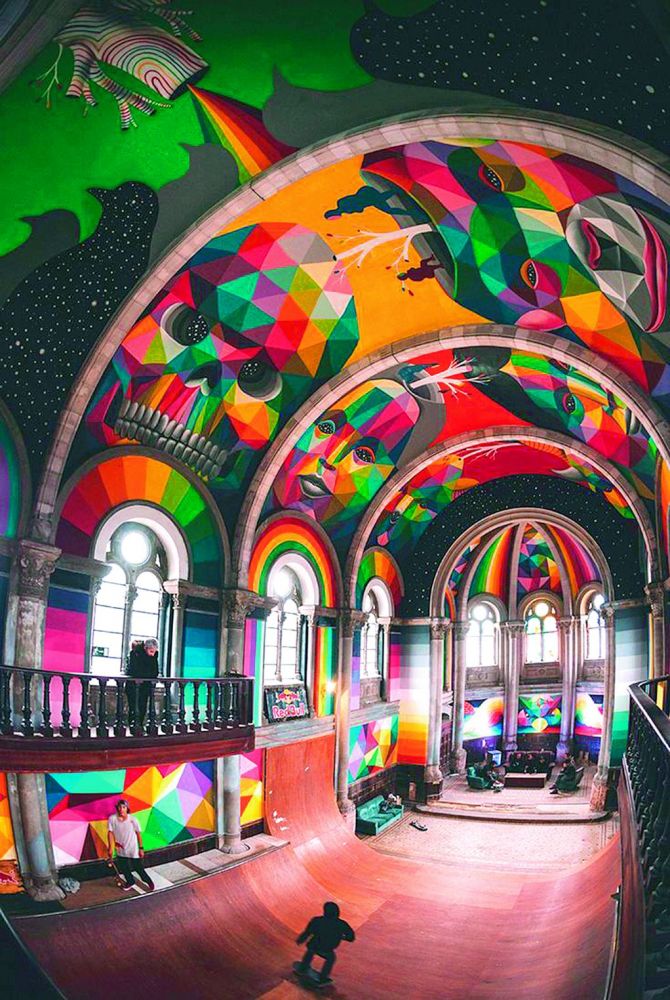 Mural ChurchOkuda is influenced by a host of artists like René Magritte, Max Ernst and Takashi Murakami and Hieronymus Bosch. He says, “The work that Bosch did was incredible, given that he worked on them 600 years ago. Salvador Dali and Rene’s works too have impacted me. They inspired me to create. I like the energy that these paintings have, and urge me to be original.” 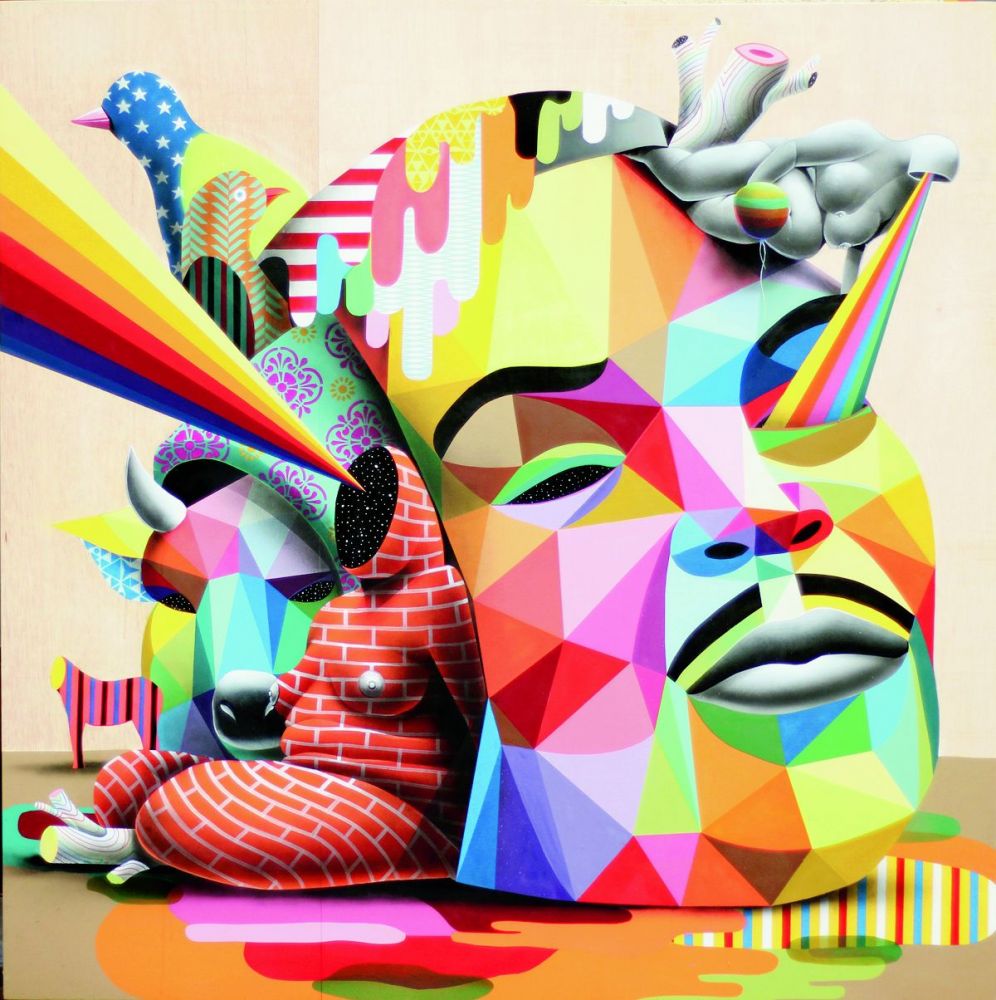 Okuda’s design philosophy is simple — he equates design with art.

The Neo-Laminati chair collection by designer Kelly Behun Studio is among his favourites. Okuda’s design philosophy is simple — he equates design with art. He says, “My design philosophy is to keep designing your (original) style. I look at design like art. For me, design is art in the usual objects.”  Okuda, who became an artist “to create art to be happy”, has a message for aspiring artists. He says, “Artists should create a personal iconography. Always work with your heart; don’t create art for money.”