Sania Mirza and Martina Hingis are back together for WTA finals

Mumbai: Sania Mirza and Martina Hingis are set to make a comeback together. The pair has decided to defend their WTA Finals title in Singapore.

Sania took to Twitter to announce the duo's arrival in Singapore. 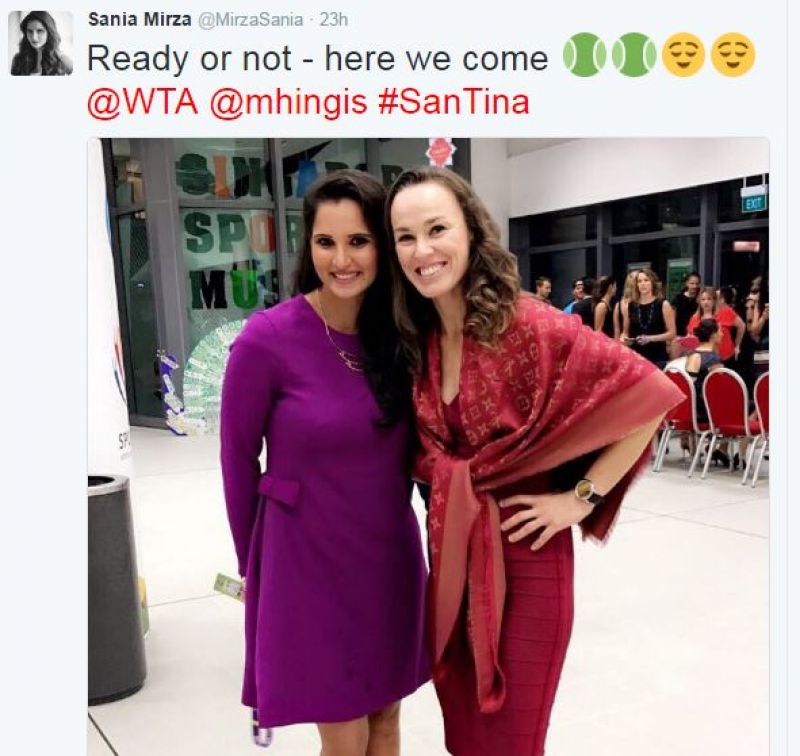 The pair split in August this year, after which, Sania teamed up with Czech Republic’s Barbora Strycova and Martina chose USA’s Coco Vandeweghe.

The pair has been seeded second behind the French pair of Caroline Garcia and Kristina Mladenovic. Sania and Hingis will face Chinese Taipei team of Hao-Ching Chan and Yung-Jan Chan in their opening match.