Video: Tennis player hits umpire in the eye with ball during Davis Cup

Arnaud Gabas was taken to hospital in Ottawa as a precaution after being left with bruising and swelling around his left eye, but no serious damage was found. (Photo: AP)

London: Canada's Denis Shapovalov has been fined for hitting the umpire with the ball during his country's Davis Cup tie against Great Britain, the International Tennis Federation (ITF) announced on Monday.

Shapovalov, 17, was disqualified after striking chair umpire Arnaud Gabas in the eye with the ball in Ottawa on Sunday, gifting singles opponent Kyle Edmund a victory that gave Britain a 3-2 win.

The ITF fined Shapovalov $7,000 (6,520 euros), rather than the maximum $10,000, after accepting he had not intentionally struck Gabas after smacking a ball off the court in frustration at losing a point.

In a statement published on his Twitter account before the fine was announced, Shapovalov wrote: "There is no excuse for this behaviour and I take full responsibility for my action.

"I apologise to all the tennis fans, to my supporters and my sponsors. I feel ashamed of my unprofessional behaviour and will accept any consequences as a result of my action."

Israel-born Shapovalov was trailing Edmund 6-3, 6-4, 2-1 in the decisive World Group first-round tie when the incident happened. 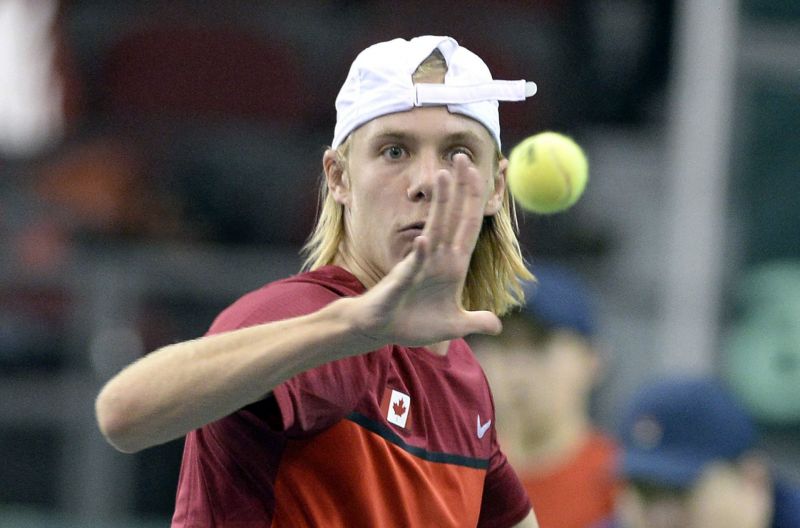 Gabas was taken to hospital in Ottawa as a precaution after being left with bruising and swelling around his left eye, but no serious damage was found. 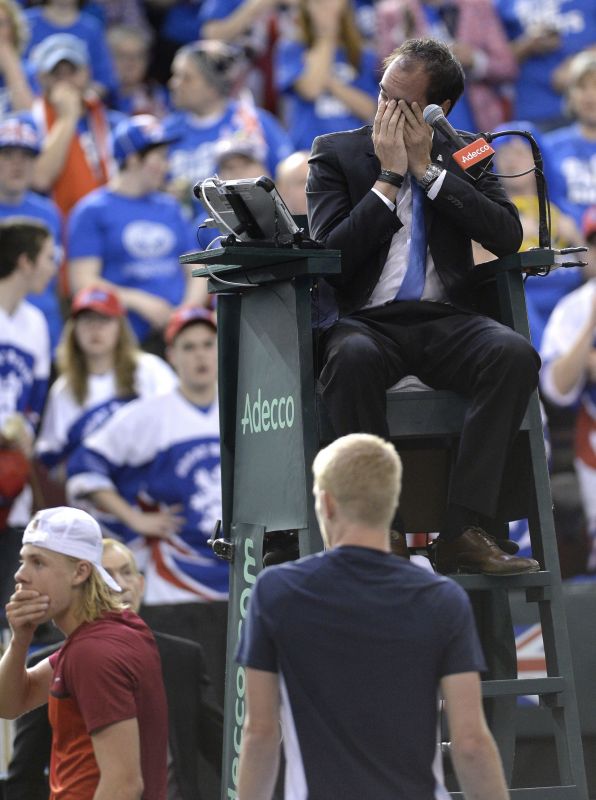 Britain will play France in the quarter-finals in April.

Federer into Wimbledon fourth round for 18th time