Spain's Garbine Muguruza fails to reach a ball from Brazil's Beatriz Haddad Maia during their women's singles first round match of the Wimbledon Championships in London on Tuesday. (Photo: AFP) 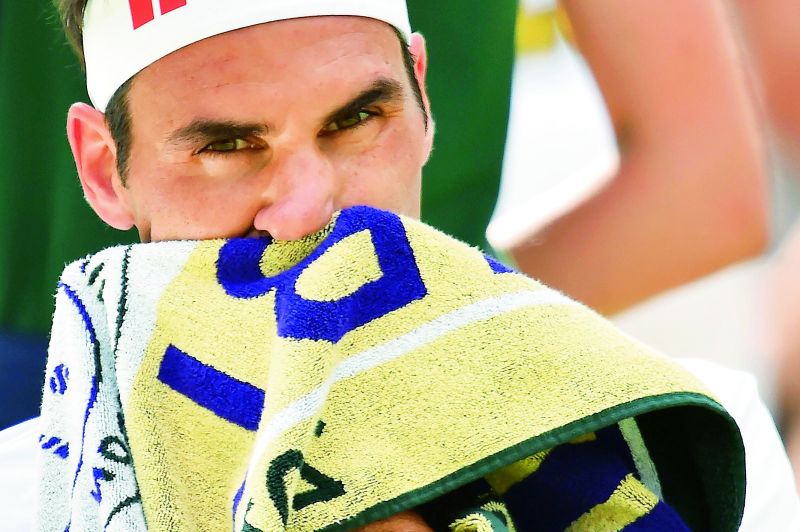 Meanwhile, 2017 women’s champion Spain’s Garbine Muguruza, two-time French Open finalist and fifth seed Dominic Thiem along with former champ Maria Sharapova were among the big names that got knocked out in the first round.  Muguruza lost 4-6, 4-6 to Brazil’s Beatriz Haddad Maia and Sharapova retired at 4-6, 7-6, 5-0 against France’s Pauline Parmentier.

Kyrgios, who stunned Nadal as a 144-ranked wildcard on his tournament debut in 2014, put in a typically raucous and charismatic display on Court 3 where he fired 23 aces and 63 winners.

However, while he progressed another of the top 10 seeds fell by the wayside — Dominic Thiem’s lack of ease on grass being exposed by veteran American serve and volleyer Sam Querrey.

“I mean, last year and this year together I played four grass court matches, which is not a lot at all. All the clay court season it takes a lot out of me,” added the 25-year-old Austrian.

Whilst Barty did not have it all her own way in the first set being pegged back to 4-4 after leading 3-0 she had little trouble after winning the first set.

Barty is bidding to become the first woman since Serena Williams in 2015 to win both the French Open and Wimbledon in the same season.