Watch: How Roger Federer made a young female fan’s day at Wimbledon 2018

Roger Federer gave his headband to a young female fan in the crowd after completing a straight-sets win in the first round of Wimbledon 2018. (Photo: )

The defending champion gave his headband to a young female fan in the crowd after completing a straight-sets win in the first round of the Grand Slam tournament - and joked he could be giving away a lot more before the fortnight is over.

The girl had held up a sign saying, "Can I have your headband pleeease!!", and a post-match interviewer pointed out that Federer could expect more requests in coming matches after fulfilling her wishes. 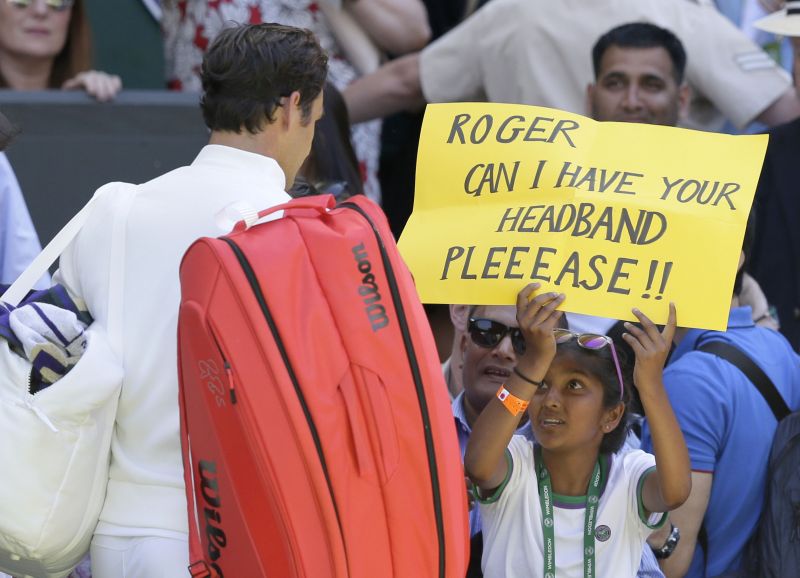 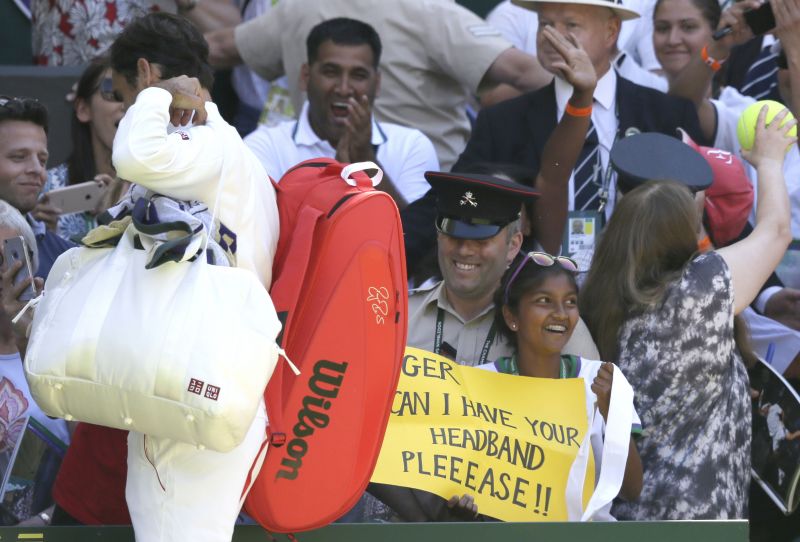 And he's apparently ready to oblige.

"Yes, they want a watch, a car, a racket, a shirt, they can have it all at this point," Federer said.