Never bet against LeBron James, he can take over the game: Tim Hardaway

Despite all his physical constraints, Tim Hardaway Sr left no stone unturned in his pursuit of being a professional basketball player. It was in his blood and maybe, destiny. Racked up by the Golden State Warriors in the 1989 NBA Draft, the Chicago-born point guard plied his trade for multiple teams including Miami Heat, Dallas Mavericks, Denver Nuggets and Indiana Pacers; going on to play against greats like David Roberston, Magic Johnson and Michael Jordan.

Father of current NBA player Tim Hardaway Jr, the Detroit Pistons assistant coach sat down with Deccan Chronicle where he spoke about a host of topics. 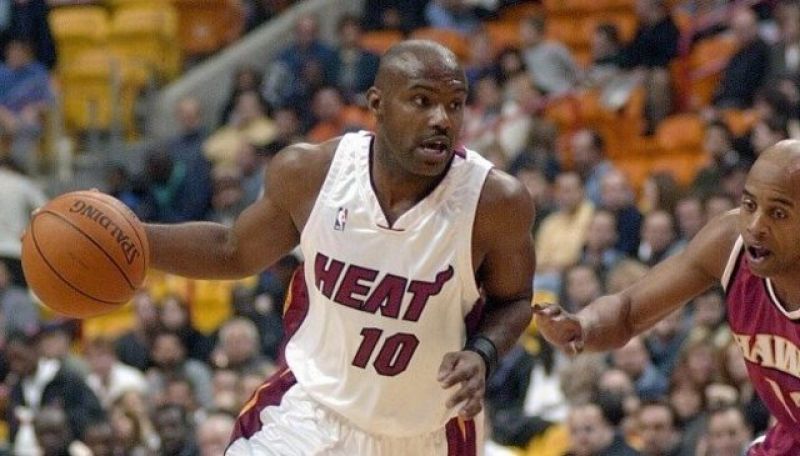 How do you view your son’s progression so far?

Great. Every year he was working on something. He was almost out of the league. When he got traded to Atlanta Halls, he persevered. He looked himself in the mirror and said, ‘I got to get better if I want to stay in this league, if I want to make money, if I want to be somebody to be reckoned with in NBA.’ This year with New York Knicks he has worked on some and I’m proud he is looking and playing better and better.

Your father was a basketball player and now your son is playing at the top level. Does taking up the sport come naturally to a child if your parent has a liking for it?

You were named 'Mr Crossover' yourself. How did you master the art of the crossover dribble?

A lot of dribbling, a lot of working out and practising continuously. Getting my game to where I wanted it to be. Doing my thing and getting where I need to go. It was something I had in my repertoire and I just kept using it.

The game has drastically changed since the time you played. You see a lot of high scoring encounters, more three-pointers today.

That’s the analytics. Its like, I got to shoot more threes, I got to put up thirty-three’s to win a game. You’ve got layups, dunks, free throws. You got mid-range players in NBA – Kevin Durant is one of the best midrange jump shooters in the game today. And Houston Rockets banked on I can make more three’s than you can make mid-range jumps – that didn’t happen, they lost. So he missed thirty in a row. He made a lot of mid-range jump shots and they won.

Analytics is taking over sports which it shouldn’t and its only stats. I think people are reading into that too much and don’t play the game the way it is supposed to be.

If you take your man and can stop him pop at a mid-range jump shot, do that. They want to shoot three’s and suddenly you are out of control. You gotta make some but you won’t make all of them. When it comes down to the nitty-gritty, you can’t make them do what you want and it showed in the Western Conference Finals.

Did LeBron James make the right move by switching from Cleveland Cavaliers to LA Lakers?

It is his choice. A lot of people are surprised about that but we knew that going to move to LA Lakers two years ago. His kids were in school at LA, he brought a house there. That’s what he was doing.

Golden State Warriors have emerged as the team to beat in the past few years. According to you, which teams are likely to be the closest challengers this year?

Boston Celtics, Toronto Raptors, Milwaukee Bucks and with Jimmy Buttler, Philadelphia 76ers. Nobody in the West can challenge them right now. I just think that in the East, those guys could come close.

Colin Kaepernick’s protest created a huge furore in the US, do you stand by it?

I do. I understand what he was protesting. He is right. There needs to be a stance on a lot of things - gun control, going in places and just shooting up everything. C’mon now! If you look at it that is what he was taking the seat for.

And in football, there is no rule where you can’t sit down during the national anthem while in the NBA there is. That’s why nobody sits down. There is no mandate in the NFL that you have to stand for the national anthem. Back in the nineties, it wouldn’t have been an issue because nobody saw it. But now, with the cameras and social media, there are a lot of eyeballs.

You were embroiled in a similar controversy for your comments on the gay community. How did you deal with it?

I have been ridiculed. Been blackballed, I still think I am being for Hall of Fame or appearing on different networks, here and there. They say you’re always given a second chance but I haven’t been given one yet. What I said was wrong, no question about it. I think about it all the time, every day and it’s something I got to deal with. I’m not running away from it because that’s not how I was brought up.

Whatever I faced, I was brought up to deal with it and make it right. That what my parents brought me up to do. I will say this though, I said something wrong but without me saying that it wouldn’t have come to the forefront of people understanding that we have to come to grips with a lot of things itself, the way they are.

While it was wrong, it was a good thing because it opened a lot of eyes. It opened people’s mind to talk about it. At one point we weren’t even talking about it but now there is a lot of dialogue and people understand about it.

Basketball isn’t played so much on the streets compared to other sports in India. What do you think necessary for its progression in places where the sport is still growing?