New Delhi: Prime Minister Narendra Modi on Thursday met the Indian athletes who took part in the Rio Paralympic Games, including the four medallists, and applauded them for making the country proud with their achievements.

The 19-member Indian contingent had returned home from the Paralympics with two gold, one silver and one bronze.

"It was a delight to meet the Indian contingent that made our nation proud at the #Paralympics#Rio2016," PM Modi wrote on his official twitter handle.

"With the medal winners. Kudos to their efforts & accomplishments," the PM wrote, along with a picture with the four medallists.

PM Modi had separate tweets for 18 para athletes with a photo with each of them. 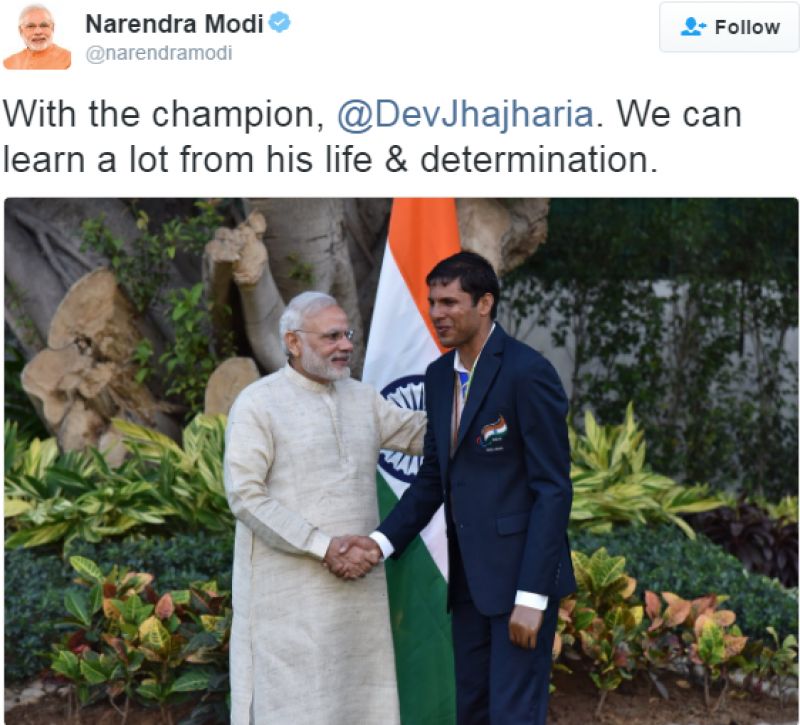 "With the champion, @DevJhajharia. We can learn a lot from his life & determination," he said about Jhajharia who has now become the most successful Indian Paralympian with two gold (the other at 2004 Athens Paralympics).

"Mariyappan Thangavelu has captured India's imagination. Delighted to meet him," he wrote.

"Varun Singh Bhati is a superb athlete. Was great to learn about his experiences at the #Paralympics," said another tweet. 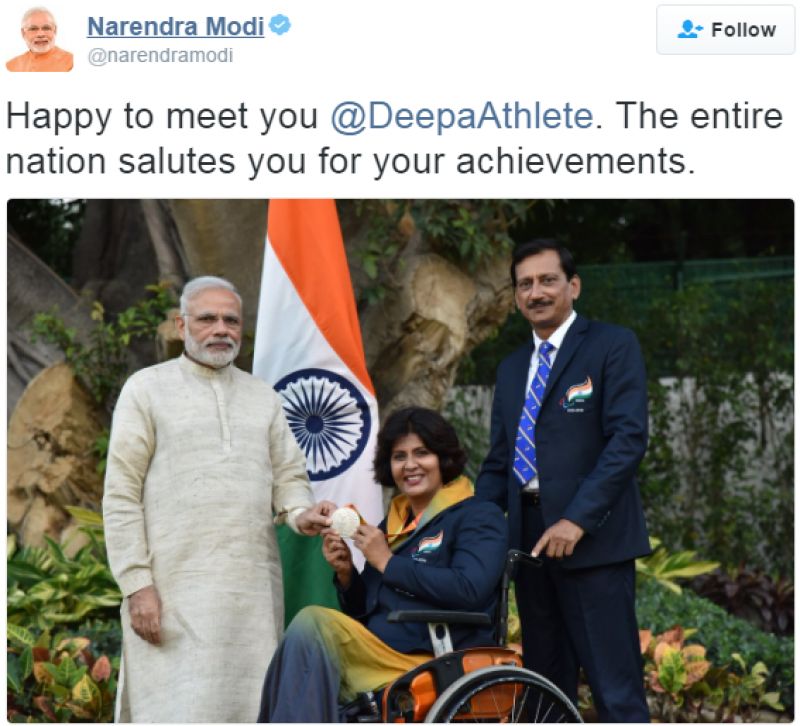 About Deepa Malik who became the first Indian woman to win a medal at the Paralympics. PM Modi wrote, "Happy to meet you @DeepaAthlete. The entire nation salutes you for your achievements."

Deepika beats USA's Jennifer Mucino-Fernandez, makes it to the Quarterfinals

Jadhav stuns World no. 2 in first round but loses to World no. 1 Ellison