New Delhi: "Dangal" actress Zaira Wasim has rejected Sports Minister Vijay Goel's comparison of a burkha clad woman's painting to her, saying she should not be connected with such a "discourteous depiction".

Goel in a tweet had posted a painting from an exhibition which was a portrait of a woman in burkha and he wrote, 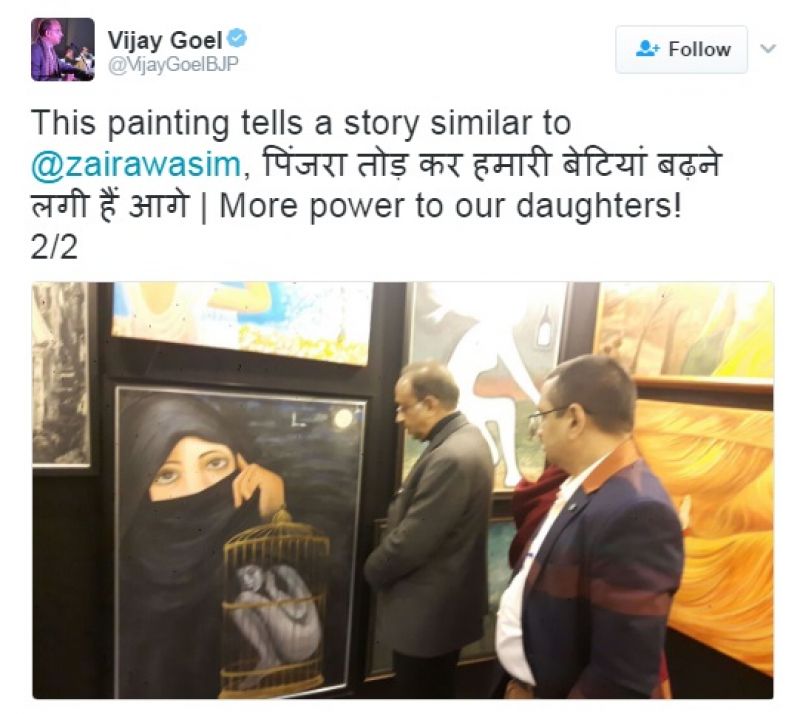 His post, however, did not go down well with Zaira, whose recent meeting with Jammu and Kashmir Chief Minister Mehbooba Mufti had kicked up a storm.

Reacting to Goel's post, the Kashmir teen on Friday tweeted, 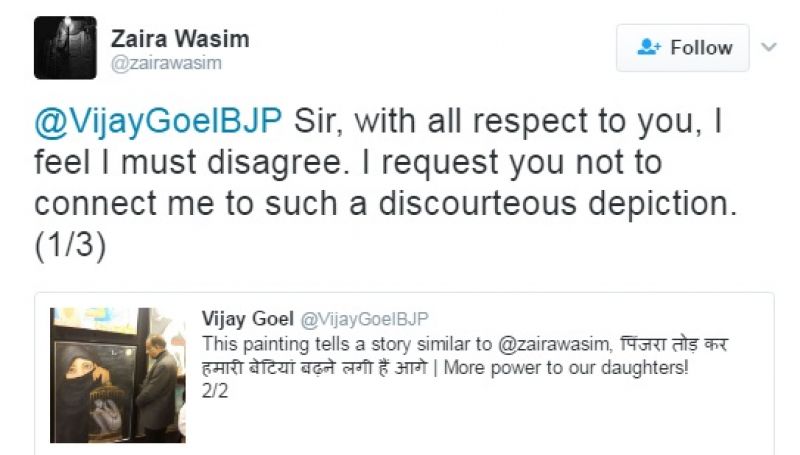 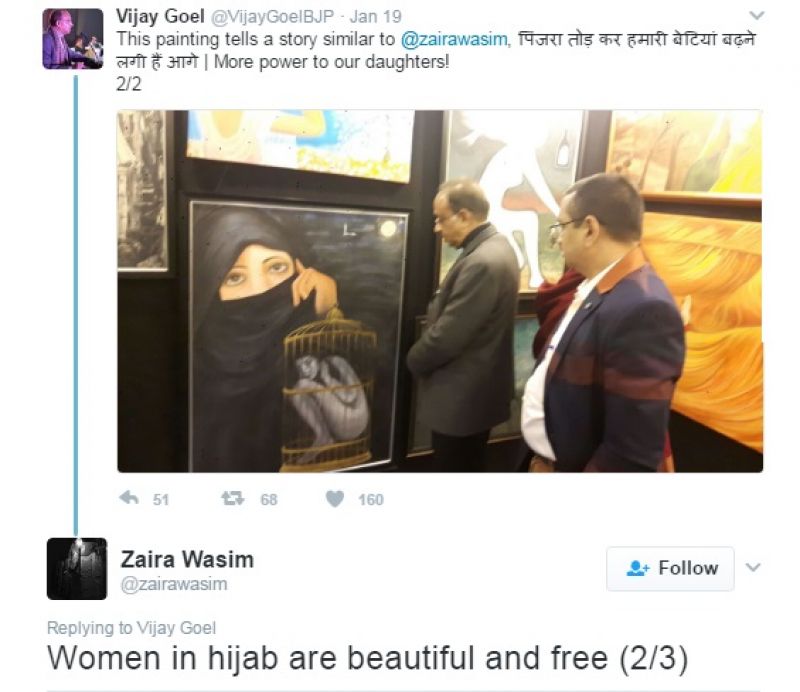 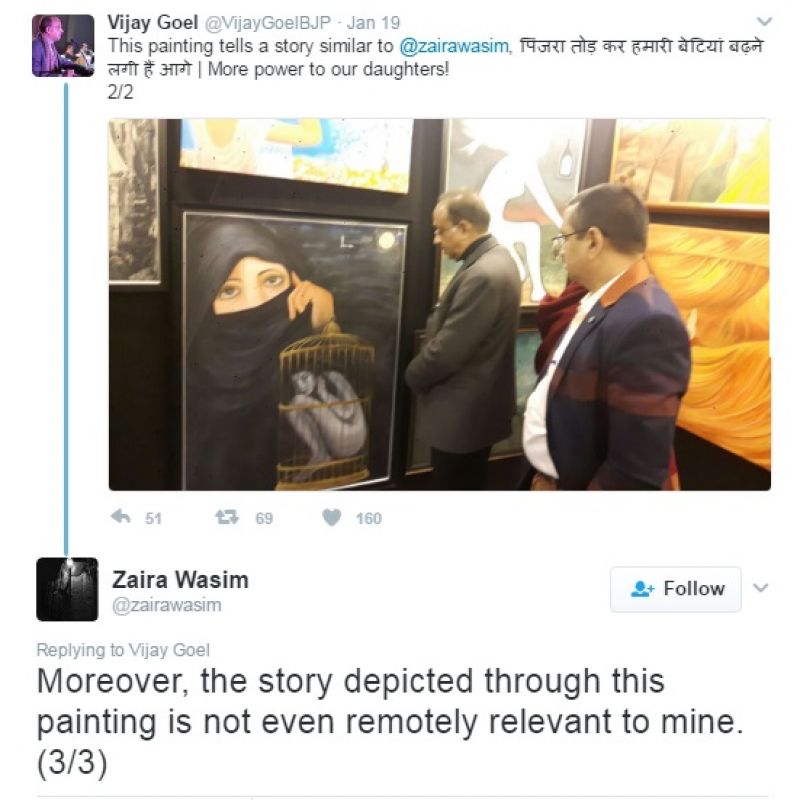 Goel was quick to defend his tweet and in his reply to Zaira, he wrote,

This Kuttappa was the Baahubali of Coorg hockey