Formula One: 5 things from the Singapore Grand Prix

Rosberg was two points behind his Mercedes teammate Lewis Hamilton ahead of the race, but has now taken the lead, in what could turn out to be a breakthrough year for him. (Photo: AP)

Singapore: Nico Rosberg raced away to the lead in the Drivers’ championship, after winning the Singapore Grand Prix for the first time in his career.

The German was two points behind his Mercedes teammate Lewis Hamilton ahead of the race, but has now taken the lead, in what could turn out to be a breakthrough year for him. Here are five talking points from Sunday night’s Singapore GP.

Is this finally Rosberg's year?

Rosberg might finally have come unto his own this season. (Photo: AP)

Three wins out of three have put Rosberg back on top of the standings and, for once, he is even beating team-mate Lewis Hamilton for pace. Credit must go to the German's revival after he saw a 43-point lead over Hamilton turn into a 19-point deficit, before bouncing back to regain control of the title race with six grand prix to go.

In Saturday's qualifying session, usually Hamilton's forte, Rosberg outstripped his teammate by a massive 0.7sec in what he called "one of my top three laps". Hamilton was able to rely on his sheer racing talent as he beat Rosberg to the 2014 and 2015 world titles. But after eight victories in 15 races this year the Briton will surely recognise championship material when he sees it.

The moustache has landed 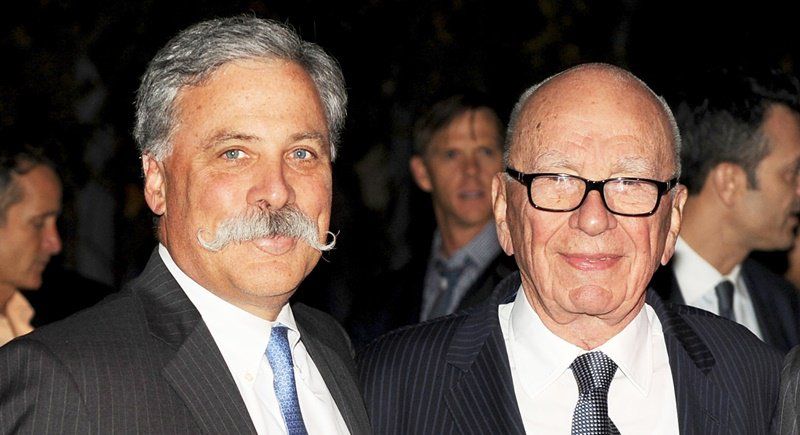 A grey handlebar moustache was the must-see item in Singapore, attached as it is to F1's new chairman Chase Carey. Interest in Carey was such that a scrum of cameramen nearly knocked over Formula One's long-time ringmaster Bernie Ecclestone in their haste to speak to the American.

British media interpreted it as a telling moment after F1's incoming owners Liberty Media brought in Carey to work alongside Ecclestone, who is used to running the sport as his personal fiefdom.

"Who's boss in the paddock is not a question that has needed asking for 40 years," said the Daily Mail. "But suddenly in Singapore the answer appeared to change."

Speculation over Ecclestone's future is rife after the 85-year-old British billionaire said he could quit if things don't go his way under Liberty. But he denied he was annoyed by all the fuss over Carey. "No, what the hell? He's new to us and it's better he gets exposed to people," Ecclestone told Sky Sports.

A lizard was spotted on the track in the Singapore GP, furing the free practice sessions. (Photo: Twitter)

Singapore is gaining an unwanted reputation for track intruders after first a large monitor lizard, and then an errant marshal, came dangerously close to the action on the downtown Marina Bay Street Circuit.

The lizard, more than one metre long, slunk across the track during a practice session on Friday, prompting social media comparisons to Godzilla. "There's a giant lizard on the track!" shouted Red Bull's Max Verstappen as he sped past.

During Sunday's race, a marshal had to run for cover as cars barrelled towards him when the race restarted after an early crash. "That was pretty hairy, for sure," race leader and eventual winner Rosberg said later.

"But he got out of the way just about in time so it was OK." An FIA spokesman told Autosport that the marshal had been incorrectly ordered onto the track just before the rolling restart. Last year a fan jumped through a hole in the fence and entered the track, a move that earned him a six-week prison term. 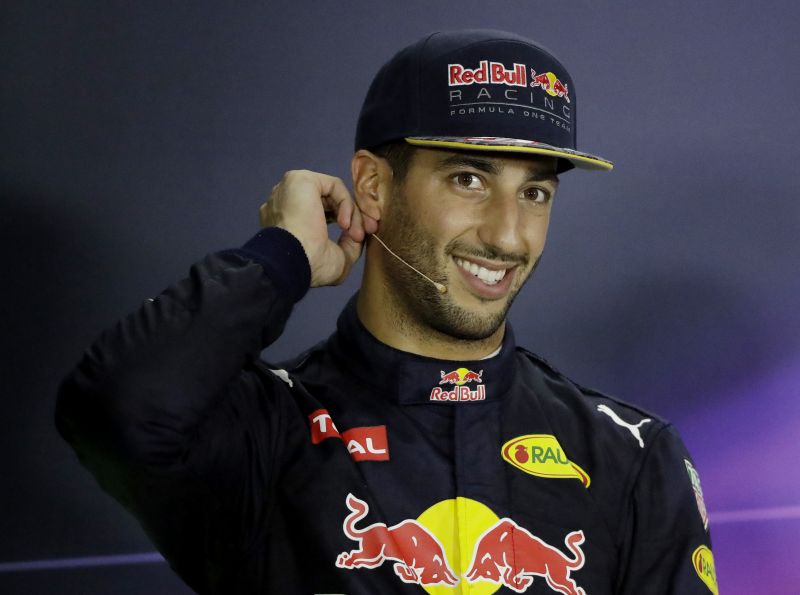 Daniel Ricciardo will be hoping for more rain in the coming races, in order to catch up with the Mercedes drivers. (Photo: AP)

One man praying for rain is Red Bull's Daniel Ricciardo, who says he needs a downpour if he's to beat the dominant Mercedes and register his first win since 2014. Ricciardo came close to an upset in Singapore when he chased down Rosberg in the final laps to finish less than half-a-second behind the German.

Singapore's relatively slow and corner-heavy track suits the Red Bulls, and Ricciardo said he needs the levelling effect of rain if he is to top the podium elsewhere.

"I think in dry circumstances this was our best shot. We got within half-a-second but after the race I said on the radio to the team that we will win this year," said the Australian.

"We'll get a downpour somewhere and that'll hopefully throw a few curve balls and we can middle it and get the victory we're after." Ricciardo may get his wish as the circuit now heads to Malaysia, known for its tropical downpours, and Japan.

It's the pits for Ferrari 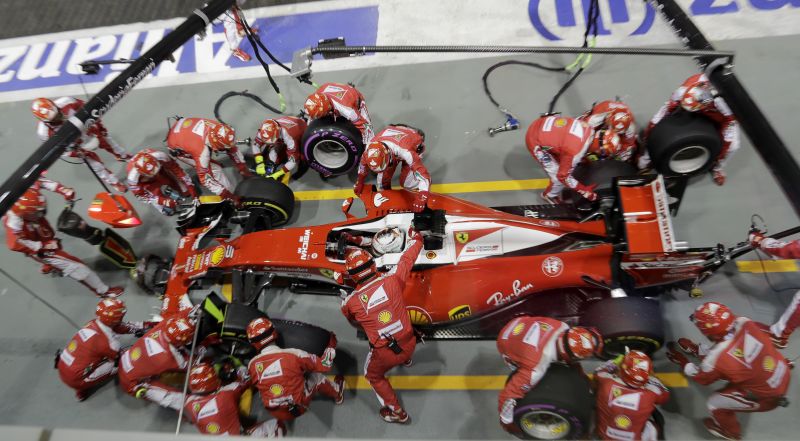 It was a rather disappointing day for Ferrari. (Photo: AP)

Another race, another mishap for Ferrari after Kimi Raikkonen's final pitstop enabled Hamilton to steal back the third spot. Meanwhile Sebastian Vettel started from the back of the grid after mechanical problems knocked him out of qualifying, before powering through the field to finish fifth.

Team boss Maurizio Arrivabene was forced to defend Ferrari's pitstop strategy for a second consecutive race after similar questions arose at their home grand prix at Monza. High hopes at the start of the season haven't quite been realised for Ferrari, who are third in the constructors' standings with Vettel fourth and Raikkonen fifth in the drivers' championship.

Mary Kom bows out after losing to Ingrit Valencia