Sports Other News 17 Nov 2017 Join the joyride
Sports, In Other News

Cycling enthusiasts in the city are gearing up for a cycle ride and a story-telling session on Sunday, to commemorate 200 years of the very first cycle ride that was taken. Just like how the cycle has come a long way from being just a wooden frame with two wheels and no pedals, the cycling community within the city has reached great heights, with various events happening ever so often and more people turning bicyclists each passing day. Avid cyclists from the city recount some of the most cherished experiences that they’ve had on two wheels. 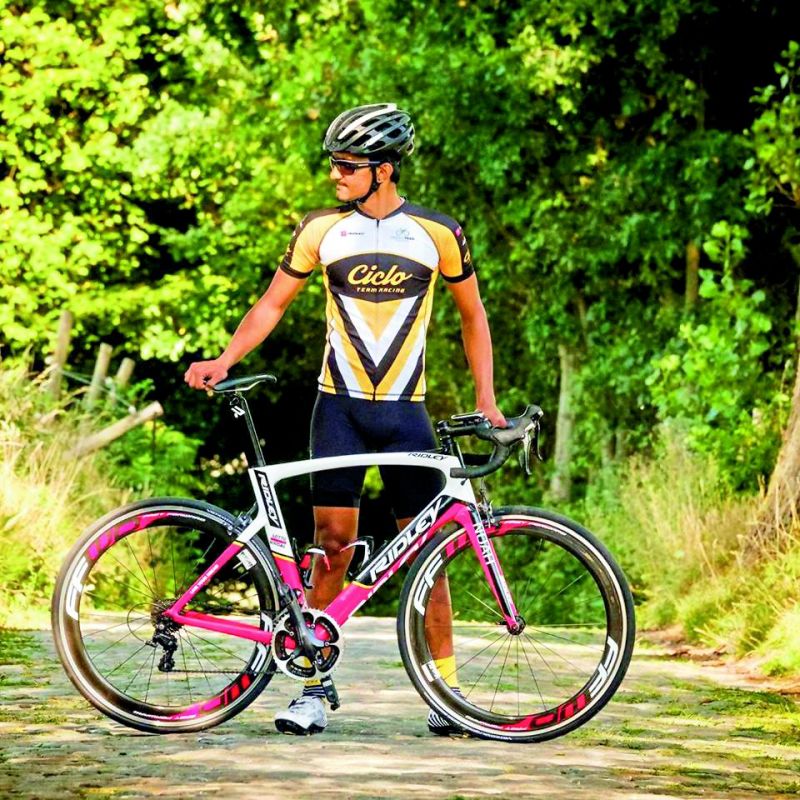 Parashuram Chenji poses with his bicycle.

Parashuram Chenji is no stranger to the city’s populace. The youngster, who made history by becoming the first person from AP or Telangana to win a medal at the 21st National Road Cycling Championship in 25 years, has since gone on to bring home more laurels. Talking energetically about his experiences, Chenji says, “I just returned from Belgium where I was practicing for the National Championships in Karnataka, where I won a bronze medal in a 53 km race. Cycling in Belgium is the best thing in the world. The racing season there is from April till September and people from all over the world come to participate. Each day, you get to choose from at least 6 rides.”

Recalling how he took to cycling, Chenji says, “I started cycling as a means of commuting and I’m still in love with the concept. I saved so much and got to places quickly! One of the most cherished moments was when I cycled the Tour De Chance (2015), from Brisbane to Sydney. I was the youngest one there and the only international cyclist. All others were Australians above the age of 44, and they took care of me so well. The ride went on for nine days and we took routes through the countryside and stayed in the small towns during the nights.” He adds, “In India, cycling has evolved a lot in the past five years. A segment of society which was never used to riding a cycle, the affluent, are also now taking to the wheels for fitness.”

While for some, cycling is a very large part of their lives, for Aditya Mehta, it’s been much more. “Cycling gave me a second chance to life! I had lost all will to live after the accident in which I lost my leg. I come from a business family and thought it was the natural course to take — to make money. But once I was introduced to cycling, it opened my eyes. It not only helped me, but also helped serve the society,” says Aditya, who has an organisation which encourages people with disabilities to take up sports.

Vijay Kumar, a 49-year-old randonneur, took up cycling seriously four years ago. “When I started, I was only the third person in my locality to cycle, and my neighbours would look at me strangely because I had a ‘different’ cycle, ‘weird’ helmet on, etc. But soon, they started talking to me about it, got influenced, and now we are a group of 76 people, just in our locality alone! It’s especially fun to go on long rides with a group of people. We keep pulling each other’s leg, and complete strangers have turned into the best of friends because of cycling,” he says.