Pistorius walks on stumps ahead of murder sentence

The former track star, who had changed from a suit into athletic clothes for the demonstration, then returned to a bench where he sat alone, head bowed. (Photo: AP)

Pretoria: Oscar Pistorius walked on his stumps in a South African courtroom on Wednesday as part of his defense team's argument that the double-amputee athlete, convicted of murdering girlfriend Reeva Steenkamp, is a vulnerable man who deserves leniency when he is sentenced.

Defense lawyer Barry Roux asked Pistorius to remove his prostheses, and the former track star then hobbled in front of Judge Thokozile Masipa, who will deliver the sentence after hearings end this week. He appeared unsteady at times, and the demonstration drew gasps from some onlookers in the courtroom. 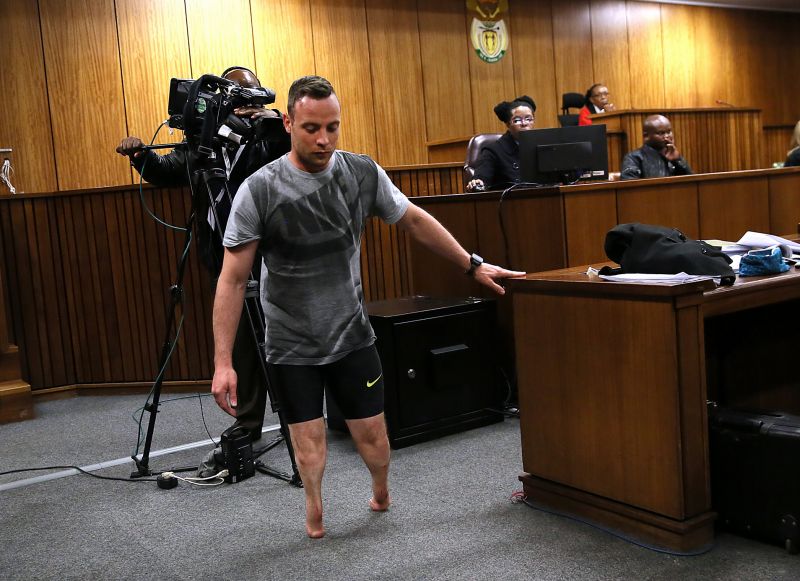 Roux said the first misconception was that people believed Pistorius was convicted of murder for intentionally killing Steenkamp. (Photo: AP)

Pistorius was on his stumps when he fatally shot Steenkamp through a toilet cubicle door in his home 2013; he testified at his murder trial that he felt vulnerable and thought an intruder was in the house.

Prosecutors have said Pistorius intentionally killed Steenkamp after an argument.

Chief prosecutor Gerrie Nel later spoke, countering the defense argument that Pistorius is a "broken man" because of the grief from killing Steenkamp and the trauma that followed as the world focused on his case.

Nel referred to the emotional testimony a day earlier of Barry Steenkamp, father of the victim.

"If you ever want to talk about a broken man, we saw a broken man there," Nel said of Barry Steenkamp. 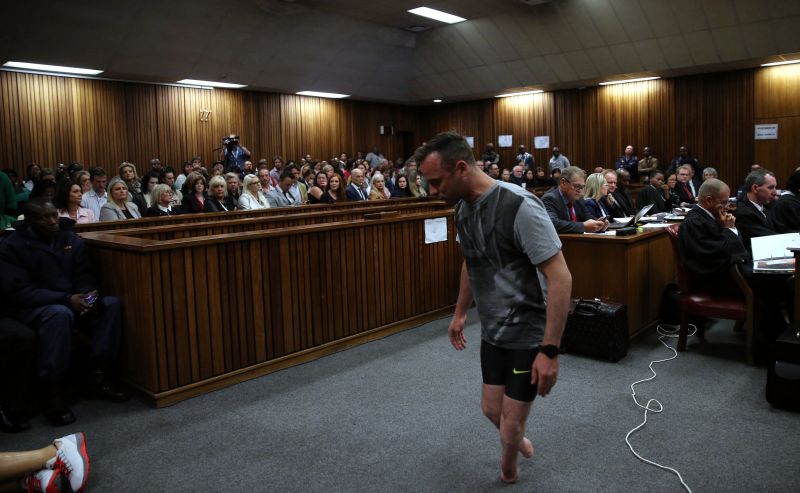 The former track star, who had changed from a suit into athletic clothes for the demonstration, then returned to a bench where he sat alone, head bowed. (Photo: AP)

That conviction was overturned last year by an appeals court, which convicted Pistorius of the more serious charge of murder.

Masipa, who initially acquitted Pistorius of murder, will decide the new sentence. The hearing is scheduled to run through Friday this week. South Africa has a minimum sentence of 15 years in prison for murder, although a judge can reduce that in some circumstances.

Earlier Wednesday, defense lawyer Roux said there are misconceptions over Pistorius' murder conviction as he asked Masipa for leniency. Roux said "substantial and compelling circumstances" existed that would allow the judge to deviate from the minimum term of 15 years in prison. 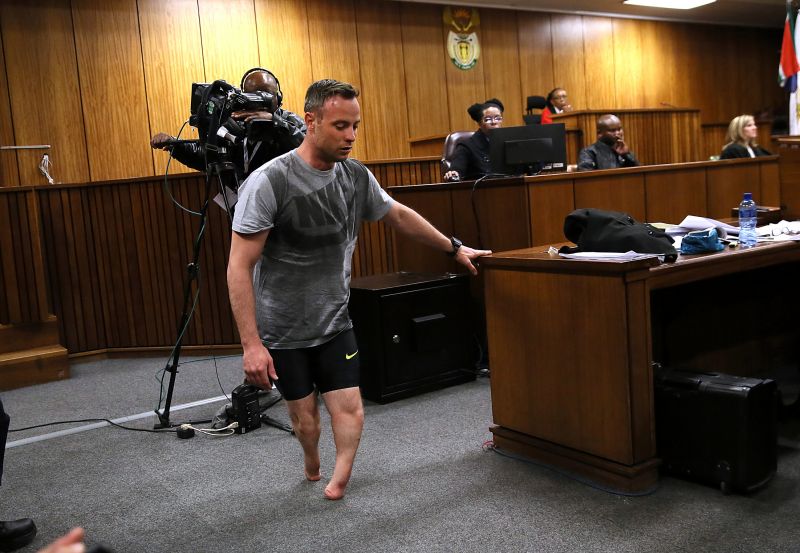 Pistorius is currently living under house arrest after initially serving one year of a five-year prison sentence for manslaughter for shooting Steenkamp multiple times in 2013. (Photo: AP)

Roux's plea to Judge Masipa followed the testimony of the final witness at the hearing, a cousin of Steenkamp, who accused Pistorius himself of not giving the "true version" of the shooting.

"I think it's very unfair to want to talk to the world about your version when you had the opportunity in court to do so," Martin said.

But Roux listed what he said were misconceptions that still existed about the shooting and the Supreme Court of Appeal's decision last year to change Pistorius' conviction to murder.

Roux said the first misconception was that people believed Pistorius was convicted of murder for intentionally killing Steenkamp. The Supreme Court found Pistorius guilty of murder in that he realised that someone might die as a result of his actions and went ahead anyway. The ruling didn't say that Pistorius knew it was Steenkamp - and not an intruder, as he claimed he thought it was - behind the door.

Roux also said it was not the "strong, ambitious" Pistorius, the Olympic runner and multiple Paralympic champion, who fired four shots that night. Rather, it was a disabled man standing on his stumps and in fear for his life, Roux argued. 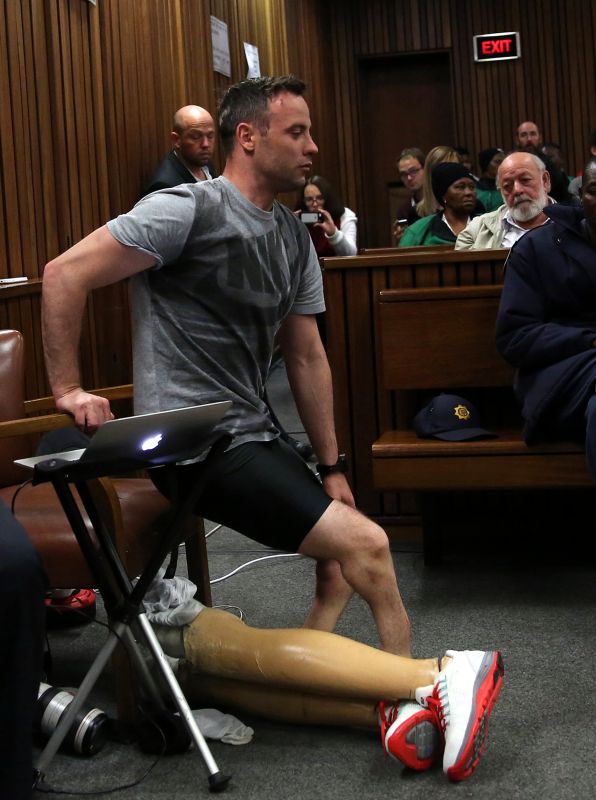 The cousin, Kim Martin, also criticised Pistorius for not testifying at this week's sentencing hearing but agreeing to a television interview that will be broadcast after the hearing ends. (Photo: AP)

While prosecutors are seeking a long jail term for the 29-year-old Pistorius, his defense has argued that he should be spared prison and allowed to do community work with children.

Bhaskar Bhatt set to be women's boxing head coach; no trials for WC