Earlier in January, Hockey India announced its decision to not play any tournaments against Pakistan until they submit an unconditional written apology for lewd and unprofessional behaviour of the Pakistan team during Champions Trophy 2014. (Photo: AP)

New Delhi: Hockey India has decided not to send the Indian junior men's team for the Sultan of Johor Cup in Malaysia, citing Pakistan's presence in the competition.

The tournament will be played from October 22 to 29 in Malaysia. 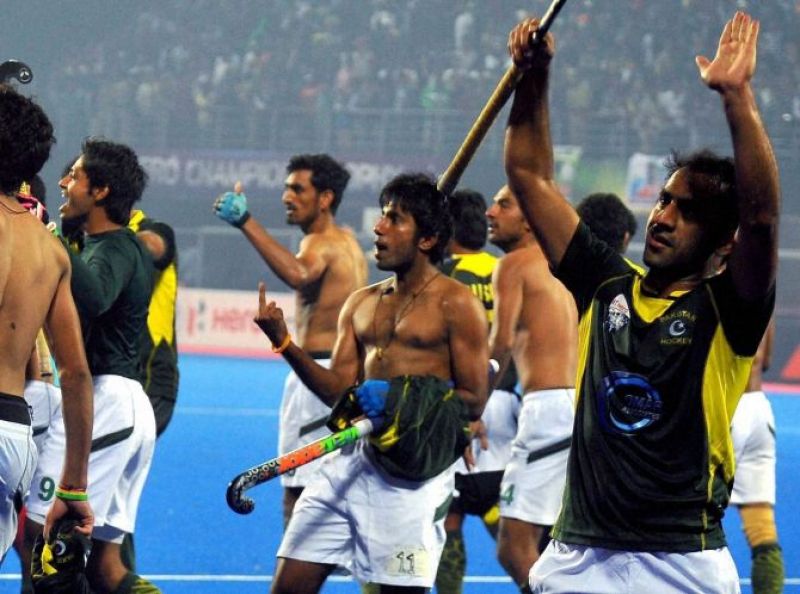 Earlier in January, Hockey India announced its decision to not play any tournaments against Pakistan until they submit an unconditional written apology for lewd and unprofessional behaviour of the Pakistan team during Champions Trophy 2014. (Photo: PTI)

Hockey India had strongly condemned Pakistan Hockey Federation (PHF) for the baseless allegations levied against them ahead of the 2016 Junior World Cup in Lucknow.

On December 1, 2016, the PHF had issued a statement rejecting claims by International Hockey Federation (FIH) that it had not submitted travel documents for its players by official deadline, which FIH said resulted in its exclusion from the Junior World Cup. PHF alleged that Hockey India did not want the Pakistan team to participate in the coveted tournament.

However, it was in fact the PHF who had failed to adhere to the deadlines for the submission of their visas within the stipulated time frame given by the Minsitry of Home Affairs which states that citizens on Afghanistan, Pakistan, Iraq, Sudan and Stateless persons must submit their visa applications already 60 days prior to the tournament to avoid rejection.

Though Hockey India and its players had let go of the hurtful incident in 2014, it was the recent allegations by PHF that has resulted in India pulling out of the tournament.

"Since the Sultan of Johor Cup is not a mandatory tournament, Hockey India has decided that it will withdraw from the tournament. We had not brought up the bad behaviour on part of Pakistan during the FIH Champions Trophy in 2014 for a very long time. It is actually PHF who bring it up again and levy baseless allegations against Hockey India to hide their own incompetency. It is about time PHF takes responsibility for its incapability," he added.