Rio de Janeiro: Javelin thrower Devendra Jhajharia became the first Indian to clinch two gold medals at the Paralympics after he broke his own world record to clinch the top honours at the Rio Games here.

Devendra, who won his previous gold in the 2004 Athens Games, bettered his own world record to finish on top in the men's F46 event.

Devendra, whose previous best was 62.15 metres (achieved in the 2004 Games), improved the mark with an attempt of 63.97 metres at the Olympic Stadium (Engenhao). 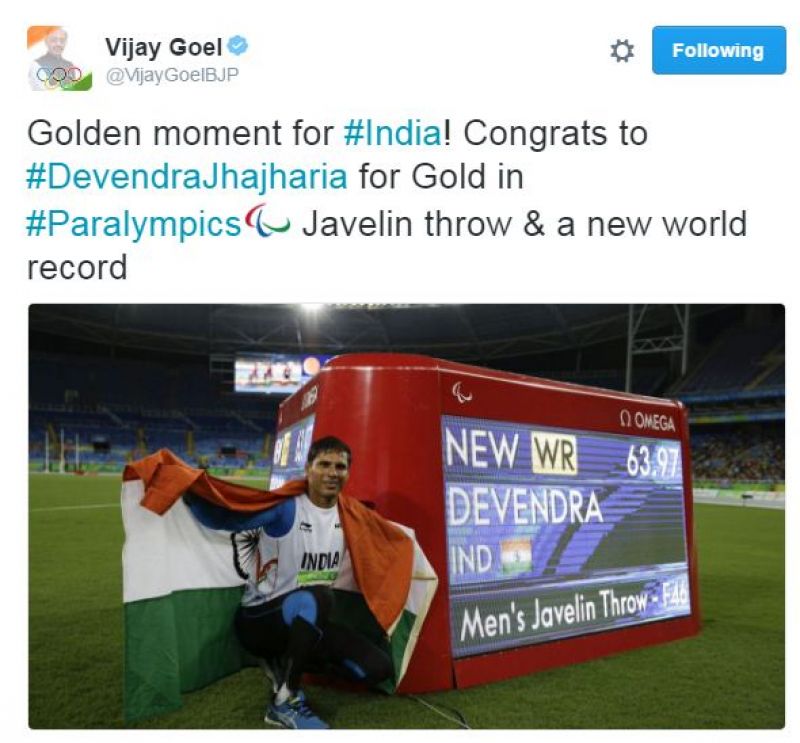 India now have two gold, one silver and one bronze in the ongoing edition of the Games.

Thangavelu Mariyappan had earlier struck gold in the men's high jump, while Varun Bhati had secured a bronze in the same event.

Later, Deepa Malik won a silver in the women's shot put event to add to the tally.

Focus is on winning Asian Games to earn automatic qualification for Paris: Manpreet