Sports Other News 13 Sep 2018 Shared aspirations
Sports, In Other News

P.V. Sindhu inherited discipline from her parents who were former volleyball players, Sindhu with her father, P.V. Ramana.

What do sports stars P.V. Sindhu, Arundhati Reddy, Ashwini Ponnappa and Ragala Venkat Rahul have in common? All of them attribute some part of their success to having understanding parents who were sportspersons themselves.

Recently, cricketer Arundhati Reddy was selected for the Indian women’s cricket team. She credits her mother, a former volleyball player, for having understood her dream to excel in cricket.

Olympic silver medalist P.V. Sindhu inherited discipline from her parents who were former National volleyball players. Yet another shuttler, Ashwini Ponnappa imbibed the art of ‘staying focussed’ from her father who was a former India hockey player, while weightlifter and Common-wealth Games gold medalist Ragala Venkat Rahul took to sports after seeing his father, a former Kabaddi champion. 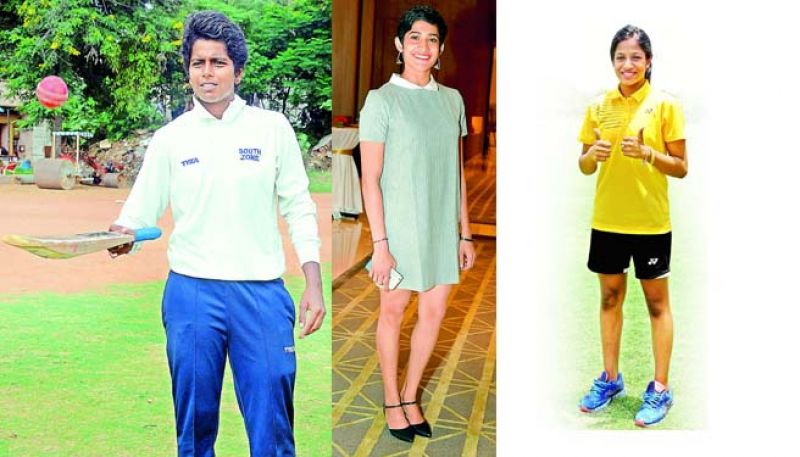 So what role do parents play in nurturing a child’s career in sports? “We should support our children in every way possible. But being sportspersons, we know the importance of sports and what it takes to be right up there. So we gave our best to help our daughter achieve all that she deserves,” shares Sindhu’s father, P.V. Ramana.

So, does having a professional sportsperson at home help? John Manoj, former Secretary, Hyderabad Cricket Association, says that sporting experience at home will definitely give the player an edge, but eventually the child should have it in him/her. “Parents of players like V.V.S. Laxman and Hanuma Vihari don’t hail from a sports background, but they have identified their child’s passion for the game and supported them to the core. They played an active role in being part of their children’s dream,” shares Manoj.

Interestingly, Pullela Gopichand, the Chief National Coach for the Indian Badminton team, says that as a parent, he’s lucky to see his children Gayatri and Vishnu play badminton. “I am glad that they are enjoying the sport. Had they picked up a different sport, perhaps as parents, we would have been under a different kind of pressure in terms of travelling,” shares Gopichand.

Identifying talent and giving opportunities is crucial too, says former Indian cricketer V.V.S. Laxman. He recalls how the then South Zone coach V. Chamundeswaranath pushed for his selection in the Dileep Trophy in 1995. “Not just me, Chamundi sir spotted and encouraged several players and gave them opportunities,” recounts Laxman, adding, “But the key to any player’s success is passion for the sport and consistency.”