Sports Other News 12 Dec 2018 The graveyard
Sports, In Other News

A thousand ships descend upon a stretch of beach no longer than 5 km. They have one thing in common. None of them will ever leave. It’s been two weeks since I started from Dwarka, on the western tip of India, to kayak 3,000 km along the West Coast solo. And now, I stand on a sliver of sand between two monstrous ships, in a dusty town in Bhavnagar.

You know Alang from the long stretch of road that is lined with goods from the ships –from life rafts and navigational equipment to pulleys and rope, from flares and life jackets to bathrobes and down jackets. Anything you can find aboard a ship has a price, and a layer of dust, at Alang.

As I gaze up and down the beach, my eyes fall on lines of boats – each parked with expert precision, less than 200 metres from the next, so that each ship breaking lot has two-three vessels, each lot sharing a high border with the next, cut off from the outside world. High walls to keep out prying eyes. And cameras. And me. 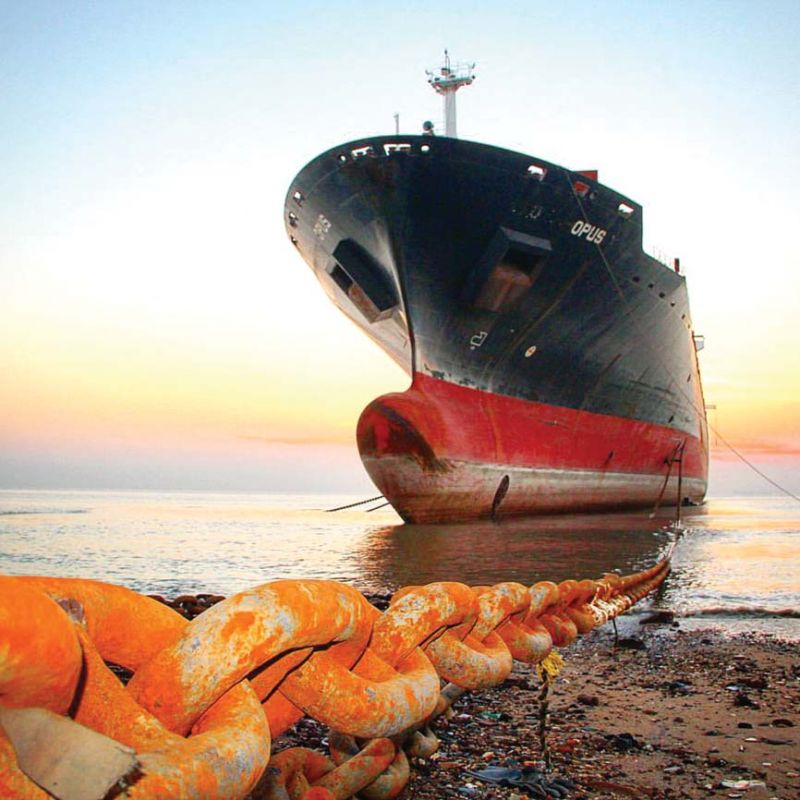 A guard comes running at me with questions. It’s a good thing I’m used to police interrogations on all the beaches I land at. I deflect and start a conversation and soon the guard is giving me a tour. But, as I walk down the brown-black beach, there is something else on my mind – the air of defeat that hangs around it all. Big oil containers and chemical ships. Navy vessels and car transports. All brought down by an army of men, armed with oxy-acetylene torches, cutting down eight-storey vessels one metre at a time. The first ship I see looks a wreck – a container vessel whose stern literally fell out with the rest of the ship. Containers stand in the water while an open ship rotor sticks out over the brown murky waves. I move on. The next ship looks almost whole. Only the top of the bow has been removed. As I stare at the hunk of metal that was removed before the paperwork came down heavy on this gigantic paperweight, I see the name of the vessel – ‘Friends’. So here it lies, dying and friendless.

As the sun rises on this gloomy town, the men get to work. The workers start entering the plots and before long, I smell fumes – the kinds my lungs would avoid if they could. Big chemical carriers, dredgers, drillers – 50 per cent of the world’s ships due for demolition come to Alang. On a long enough timeline the chances of a ship ending up at Alang is higher than ships in the Suez Canal being attacked by Somali pirates.

Alang is where boats come to die. I’m thankful to be leaving with one that is intact. It is day 14, and I have 70 more to go.

(Kaustubh Khade is an IITian, Asian Silver Medallist in kayaking and a Limca Book Record holder. He has kayaked the 3,000km west coast of India solo)

'I did it for me': Biles takes Olympic bronze after mental health battle